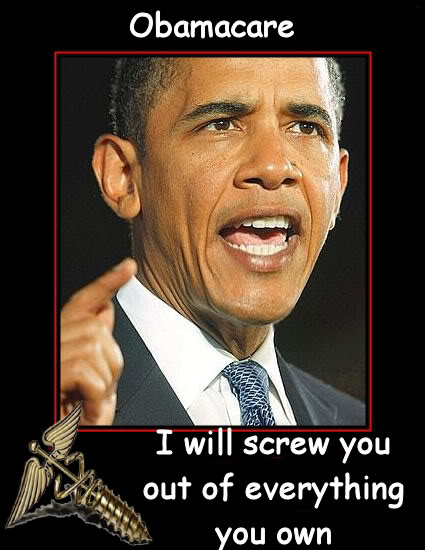 I dragged this video out of the vault because Daniel Hannan’s viewpoint of our Constitution and England’s socialized medicine are worth another listen.  Y’all can ignore Beck at this point…(when I figure out why all the richest people in the world are trying to stuff their coffers and pockets in the face of a collapse, I’ll let you know.  If you know, please enlighten us!)

Now, for Obamacare; I could be wrong, but I really do not think I am.  I have been saying for months that this abomination of progressive control over our lives is going to get shoved through.  It is the centerpiece of collapsing our Constitution.  We still need a plan on how to get this democratic piece of shit repealed after the House passes the Senate version, and Obama skips the Senate reconciliation part and just signs the Senate bill into law. (See the bottom of this post for the update on that skipping process.  And once again, Legal Insurrection gets credit for predicting this last week.)

Think I’m joking?  The following bill was introduced by Zachary Space (D-OH) yesterday, and the text is not yet available.  This bill is being slid into committee by a no name congressman who votes 94% of time along party lines. This bill also has NO cosponsors; assumption being ‘maybe they won’t notice’.

I am sure this will probably be worse than just it’s title. Remember Daniel Hannan saying that the National Health Service is the 3rd biggest employer in the world? England has 70 million citizens. We have over 300 million.

To direct the Secretary of Health and Human Services to develop a strategic plan to retrain displaced workers to become health care professionals serving areas with a shortage of such professionals, and for other purposes.

All the fumbling and bumbling that appears to be happening in the White House, House, and Senate is an act.  These people have a plan and they aren’t letting anyone get in the way.  Get ready for Obamacare.

(I’ll put up the text when it becomes available…which may be never considering how hard it has been to read the various health care bills.)

Gibbs: If Senate Bill Passes House It Will Go to the President’s Desk

The other day I exposed the fact that Harry Reid switched the language in the House-passed H.R. 3590 Service Members Home Ownership Tax Act of 2009 and inserted the Senate version of the healthcare bill via a manager’s amendment in order to meet the requirement that all legislation raising taxes must originate in the House.

The Senate passed the revised bill with the healthcare language in it, and now the House must revote on the deceptively gutted changed bill because, according to the Constitution, the identical bill must pass both the House and Senate in order to be signed into law.  And, once the Senate Health Care bill pass the House, President Obama will sign it right away.

On January 31, 2010, before the House was set to take up the Senate bill, WH Press Secretary Robert Gibbs, during an interview on CNN’s “State of the Union” stated:

“If the House would take up the Senate bill then that bill would go to the president’s desk,” Gibbs said.

For further confirmation, here is the audio of that exchange.  Listen from about 4:20 to 5.00 and you will here Gibbs confirm that once the House passes the Senate’s version of the healthcare bill, it’s a done deal.  No talk of reconciliation here, because reconciliation is not needed at all.

Go over and read the rest…