As the active service military are denied their vote, rampant and BLATANT voter fraud is occurring as the Democrats writhe in their death throes.  They know they are going down, and even though the Republicans are going to avoid the appearance of being democrats by not celebrating on the evening of 11.2; this Monster will be doing the utmost to enjoy this rare moment of victory as the fight will have to continue anew on 11.3.2010.  Every single one of us is going to be required to do babysitter duty with the Republicans now.

From Drudge this morning:

LAS VEGAS — Some voters in Boulder City complained on Monday that their ballot had been cast before they went to the polls, raising questions about Clark County’s electronic voting machines.

Ferrara said she wasn’t alone in her voting experience. She said her husband and several others voting at the same time all had the same thing happen.

Clark County Registrar of Voters Larry Lomax said there is no voter fraud, although the issues do come up because the touch-screens are sensitive. For that reason, a person may not want to have their fingers linger too long on the screen after they make a selection at any time.

Sam Laughinghouse of New Bern said he pushed the button to vote Republican in all races, but the voting machine screen displayed a ballot with all Democrats checked. He cleared the screen and tried again with the same result, he said. Then he asked for and received help from election staff.

“They pushed it twice and the same thing happened,” Laughinghouse said. “That was four times in a row. The fifth time they pushed it and the Republicans came up and I voted.”

We all know that this has been going on for a very long time (Nixon/Kennedy), but recently, Wayne Dibofsky, Associate Director, NJEA (New Jersey Education Association) stated that in 1997, voter fraud was committed when voting machines which were already ‘loaded, locked and voted‘ were delivered to a NJEA union office (which was not a voting precinct).  Mr. Dibofsky also states that he called the clerk’s office and was told to ‘leave well enough alone’.

Yesterday, while tromping through the labyrinth doing research on one subject, I ran across a piece of information I did not know about possible voter fraud that occurred in Texas and Illinois (imagine that?) during the Nixon/Kennedy presidential race. It appears that the Dems and Repubs have been at this for a very long time; which brings me to the subject of this post.

This evening, a blockbuster interview by The Dame Truth with Kathleen Wynne over the continuing voter fraud in our country will be held at 11pm eastern.  I urge my readers to tune in and hear the latest from one of the unsung heroes of information gathering when it comes to the voter fraud that has been happening, and what we can do to derail the organizations behind it.

The #$*&^Dame Truth About Election Fraud

I started working on exposing election fraud the minute I realized the extent to which corruption in the DNC had developed in the spring of 2008.  Since that time, I have met countless Americans, witnessed both the best and the worse of human nature, and pledged to myself and anyone else who’s interested that I will continue to work for our country and its Constitution until I draw my last breath.

That being said, however, it is patently obvious that little can actually be accomplished unless we have open, honest and legal voting.  Regardless of what ideology one believes, we can all agree that we cannot go forward unless and until we have a vote unencumbered by voter fraud, intimidation and the vast web of corruption that has co opted our elections for many years, and culminated in an idealistic, painfully uninformed segment stealing an election for an individual who is not only not qualified to run a country, but is also ineligible to do so according to Article II Section 1 of our Constitution.

My guest on tomorrow’s Dame Truth Radio is Kathleen Wynne, whose tireless investigative research and documentation of election fraud has resulted in breaking the money trail wide open between Diebold and various public officials; as former associate direction of BlackBoxVoting, her full time endeavor brought the facts to the forefront and resulted in many Americans learning the truth about their vote.  But our work has just begun.  Join us Monday at 11 PM EST on Dame Truth Radio or click on the Listening button to the right if you don’t want to miss the first in the series of one of the most explosive, informative issues of the season.

For more links and info on election fraud and Kathleen’s work, see:

Electronic Voting Declared Unconstitutional In Germany,  the story of the landmark German case with a link to an extensive radio interview with litigant Dr. Ulrich Wiesner, Kathleen Wynne and Bev Harris on a nationally syndicated radio show in Austin, Texas.

Kathleen Wynne, with contributions from Karen Renick, recent article regarding the Supreme Court’s decision and how it directly relates to the elections process.  How The American People Can Defeat Unlimited Corporate Money and Influence in Elections

A Censored Headline and Why it Matters, by Michael Collins, October 2009

We Will Not Be Silenced


The Theory is Now a Conspiracy And Facts Don’t Lie 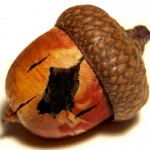 Somebody Find A Squirrel…The Acorns Are Piling Up

Let’s add the great state of Pennsylvania to the list of ACORN Voter Registration Fraud cases. How many states is that now, I have lost track. Once this election is over, and the Monster starts digging on Chris Dodd, Barney Frank, Nancy Pelosi, Harry Reid, Fannie, Freddie, and yes, ACORN, we are going to find out about how far the roots of this poison tree go.  I already know they are involved in The Working Families Party in NY, and to think the Dems wanted to slide them 20% of $700 BILLION DOLLARS. What kind of amazing fraud, and God knows what else could be perpetrated with that kind of cash.  If anyone really thinks we are going to know who the President is on November 5th, you are dreaming!!!!

It seems that the Obama Team has taken voter fraud to new heights and the JUST SAY NO DEAL COALITION IS NOT SITTING DOWN FOR THIS EITHER!!!!  It is definitely EMAIL TIME!!!!!!!!!!!!!!!!!

Demand The US Justice Department tell US Attorney General Mukasey to investigate and reach a conclusion on voter fraud in this 2008 election NOW.

Obama is not only perpetrating voter fraud on a vast scale,  Obama and his campaign are now trying to pressure the Department of Justice from investigating voter fraud prior to the election!

WHAT:
We must all take immediate action by doing the following, and we MUST get the following message out to ALL the blogs/sites we can, AND to EVERYONE on our email lists!

HOW:
1) Send an email to US Attorney General Mukasey like this one I wrote and sent yesterday. You can copy and paste this one if that is convenient for you:

It takes my breath away that Senator Barack Obama is trying to pressure you and the United States Department of Justice into waiting until the 2008
Presidential election is over before you investigate allegations of widespread voter fraud. It’s believed that hundreds of thousands, if not millions of voters have been illegally registered all across the country. As a citizen of the UnitedStates of America, I am outraged that one of the candidates in this election is attempting to interfere with the carrying out of correct and proper justic prior to
the election on November 4th. To investigate voter fraud after the election is over would be stupid and pointless. My civil rights as a US citizen are being violated—my guarantee to being able to vote in a FAIR and TRUTHFULelection—and I expect YOU, Attorney General Mukasey, to carry out YOUR sworn obligation to protect and to defend MY civil rights, and to MAKE SUREthe 2008 Presidential election is FAIR and ABOVE BOARD.

I am appalled and disgusted that Barack Obama has the audacity and the gaul to try to stall an investigation by the highest law enforcement agency in the land!

I EXPECT you to ignore him and to CARRY OUT your sworn DUTY IMMEDIATELY—BEFORE, NOT AFTER, the November 4th, 2008 election is over!

ACORN, Obama and The Democrats

John McCain is not involved with ACORN.

Sarah Palin is not involved with ACORN.

John McCain did not give money to ACORN.

Sarah Palin did not give money to ACORN.

I am thinking there is more integrity in these two mavericks than the country thought.

Want to see who did get involved and gave money to the frauds?

Barack Obama is unfit to lead.