Michele Bachmann continues to fight for us and against Obamacare, and her exhaustion is starting to show.  If you have not sent off a thank you card to Michele, WHY NOT?

Barack Obama is about to take over 50% of the American economy with the Slaughter Solution. There are so many items in this POS bill that are just plain wrong, but the IRS becoming the enforcer of Obamacare at a cost of $10 Billion and 17,000 new employees is just more sh** sliding downhill. Think about all those benefits those new government employees are going to collect on a bankrupt system while we will be fined and/or jailed for an un-Constitutional mandate.  Does not seem very much like the America we grew up in, does it?

I strongly recommend that you listen to the entire speech. 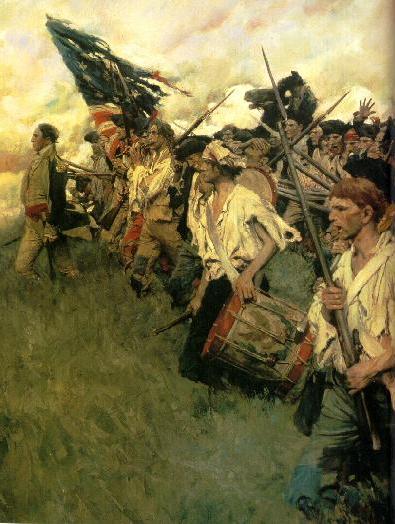 HR1388 Gets New Name In The Senate

(Update #3: 3-24-09: It appears that this bill is being bundled with S277 Serve America Act which is going to be voted on today.  They are going through an awful lot of trouble to hide this bill and you would not believe who has been showing up to see how much we know about what is happening with it — hint, hint, the US Senate, besides others.  All of my loyal readers can send a wave out to Jones, Day, Reavis & Pogue.  Welcome, and I will add you to the list.)

Please go check the Constitution Page at the top of this blog:

Section 1. Neither slavery nor involuntary servitude, except as a punishment for crime where of the party shall have been duly convicted, shall exist within the United States, or any place subject to their jurisdiction.

(Update: 3-24-09: There is no mention of the vote on this bill. I have been looking since yesterday afternoon. As soon as I find information pertaining to it’s passage or defeat, I will post it here.)

This morning I received an email from a Facebook group that I became part of yesterday, Stop HR1388!! informing me that the Senate has a different name for HR1388 and is flying it under the radar to be voted on today.  What is interesting is that Tyrant Harry Reid, (and I am going to start calling all of them tyrants* because they are acting like tyrants), has asked and been granted cloture.  For those of you that are wondering EXACTLY what that means, here’s the definition from the Legal Dictionary:

Cloture is a means of terminating a filibuster, which is a prolonged speech on the floor of the Senate designed to forestall legislative action.

Mr. President, I ask unanimous consent that it be in order to proceed to Calendar No. 35, H.R. 1388, the National Service Reauthorization Act.

Chair: Without objection, it is so ordered.

Chair: The cloture motion having been presented under rule XXII, the Chair directs the clerk to read the motion.

Chair: We, the undersigned Senators, in accordance with the provisions of rule XXII of the Standing Rules of the Senate, hereby move to bring to a close debate on the motion to proceed to Calendar No. 35, H.R. 1388, a bill to reauthorize and reform the national service laws.

Mr. President, I ask unanimous consent that the cloture vote occur on Monday, March 23 at 6 p.m.; and that if cloture is invoked, then postcloture time count as if cloture had been invoked at 3 p.m. that day; further, that the mandatory quorum be waived.

Chair: Without objection, it is so ordered.

I personally do not think calling our Senators is going to do any good.  They have the bit in their teeth and they are running with it.  This is just more evidence that the Democrats have “run wild” and are trying to slam through as much liberal leftist crap as they can before Bambi’s time runs out. (see Forgery)

For those of you that want to call the Senate and give them a piece of your mind, the switchboard number is 202-224-3121.

Any of my loyal readers want to do some digging and find out who started this group?  City Year.org This would be very inspiring if we had not experienced the Hitler Youth Years.