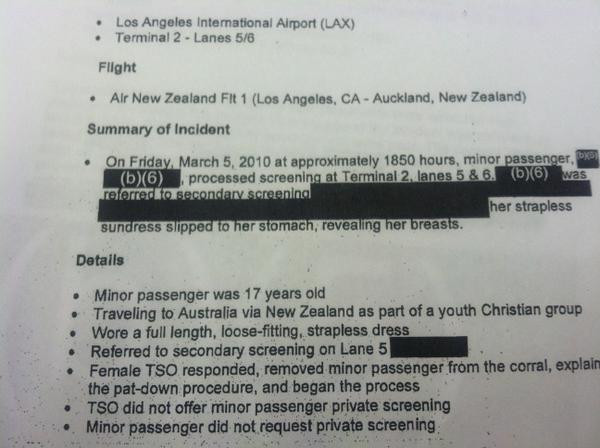 Readers have probably seen this post about a US Rep. Ralph Hall’s grand-niece having her breasts exposed at LAX by TSA but what I found more interesting is that in the TSA internal documents the word “corral” is used (and the fact that this happened in March, 2010).  Yes folks, they have always looked at us as sheep, have been using the terminology for years, and this is not about terrorist attacks; it’s about population re-education, submission, and control using the weakest and most defenseless to train you to accept.  END_OF_DOCUMENT_TOKEN_TO_BE_REPLACED

Alex Jones on Sandy DeWitt being thrown off a US Airways flight for taking a photograph of a flight attendant’s name tag:

You don’t do that. You’re a prisoner and you are going to learn that because men in caves had NORAD stand down and their passports magically survived the World Trade Center fire and Building 7 fell on it’s own, and the Easter Bunny flew around on a magic carpet at the same time as well, and so now you’re not going to take photos. END_OF_DOCUMENT_TOKEN_TO_BE_REPLACED

Alex Jones has a twenty minute interview with Dr. Ron Paul covering the continued recession, the economic terrorism happening here and in Greece, the dollar losing it’s reserve status, the debt limit, the defaults our country has had in the past, the TSA, the undeclared wars we are involved in that are contributing to our debt, AND the media bias against Dr. Paul in his presidential campaign. END_OF_DOCUMENT_TOKEN_TO_BE_REPLACED 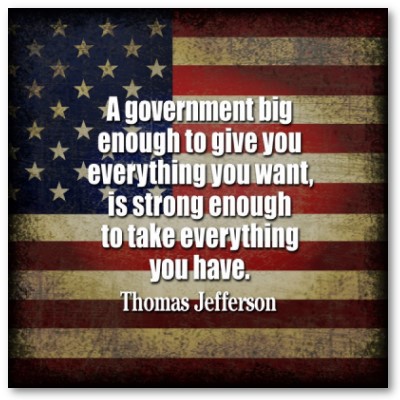 I urge my readers to watch the following two videos, check out the related website links, and make the decision for yourself as to whether you believe the Tenth Amendment Center has the key in the ‘Doctrine of Nullification’, and whether you are tired of being called an extremist for not wanting TSA to grope your children or the Fed to devalue your money. END_OF_DOCUMENT_TOKEN_TO_BE_REPLACED

Since WHEN do Texans give a flying squirrel’s backend what the feds have to say about anything?  WTF were Texas lawmakers thinking whilst begging ‘by your leave’ from the TSA and DOJ, and SINCE WHEN does the DOJ THREATEN an entire state (letter here.) END_OF_DOCUMENT_TOKEN_TO_BE_REPLACED

AYFKM: Keeping Americans Safe Or Indoctrinating The Moos Into Submission?

GODDAMMIT PEOPLE!!!! After watching this tiny, six year old little girl get groped and then DRUG TESTED(?), does ANYONE want to argue with me about abolishing the Patriot Act? Does anybody actually feel safer now? Does anyone still think that islamic jihadists are more dangerous to Americans than our own out-in-the-open fascist government?

Be warned; this video will turn one’s stomach with the realization that the American Police State is more than alive and well and THRIVING! Last fall’s protests achieved nothing because Americans are still flying and financially contributing to their own enslavement. Want results? CUT THE PURSE STRINGS and watch the airlines straighten out this total and utter invasion of privacy AND SEXUAL ASSAULT damn quick.

This is the reason I live where I live and am not planning on moving back.

UPDATE: The Judge’s take on the police state:

END_OF_DOCUMENT_TOKEN_TO_BE_REPLACED

Part 1, Beck on what is happening with TSA and the crickets coming from the White House:

END_OF_DOCUMENT_TOKEN_TO_BE_REPLACED

Glenn starts out this program by pointing out that the media is covering the British royals’ engagement instead of the biggest story of the month; TSA’s sexual groping procedures. He also covers George Soros’ and Michael Chertoff’s financial involvement in the nude body scanners.  Glenn recaps the ‘top-down, bottom-up and inside-out’ marxist plan to allow the government to crack down on average Americans, and then interviews Isaac Yeffet, former security chief of the El Al Airlines on Israel’s track record for security.

END_OF_DOCUMENT_TOKEN_TO_BE_REPLACED

The judge’s show today revolves around the sexual assault being perpetrated against Americans during TSA groping techniques including putting their hands down a person’s pants and between their underwear and skin (Radio talk show host Owen J.J. Stone).  His guests include California DA Steve Wagstaffe who will have police arrest and will prosecute any TSA agent that is committing sexual assault on passengers in his county. The judge also interviews Rep. John Mica who is the original author of the TSA law who is now urging airports to use the provision in the law to opt-out of using the government agents, and Steve Bierfeldt, the Campaign4Liberty employee who has organized the next week’s (11.24.2010) ‘Opt-Out Day’ boycott of TSA.