The District of Criminals is back in session with Progressive Harry Reid leading the charge to turn over the safety of your food supply chain to Kathleen Sebelius and subsequent Secretaries of HHS.  Yes, control of everything you wish to feed your family is going to be overseen by the very same federal government that believes that allowing DHS to move live ‘ hoof and mouth’ virus (among a plethora of zoonotic viruses) to ‘Tornado Alley’ in the center of cattle country, Manhattan, Kansas is a completely safe and strategic move.  They also think Obamacare is going to cover every single American and lower costs at the same time, and that the new Federal Reserve Office of Financial Research needs to keep track of your every financial transaction.  How about those micro-chipped meds from Novartis, or those pornographic full body scanners that DHS is imposing with a $10,000 fine and which are being pimped by lobbyists?  Anybody seeing the pattern here yet?

Time to put both chambers back on speed dial once again and remind them who is in charge.  Even I know that crashing their phone systems, YET AGAIN, will not get them to read the bills, but it may actually get them to answer the phone and vote against another fascist spending bill.  There are two reasons this bill did not get shoved through before the lame duck session, 1.) the Dodd-Frank Financial Fascism Bill, 2.) Sen. Tom Coburn objected to spending $1.4 Billion on the Fed’s credit card.

Here’s the scoop about the procedural vote scheduled for Wednesday.

Harry Reid is calling for a cloture vote to end debate over S. 510, FDA Food Safety Modernization Act; text of the bill here.

cloture – The only procedure by which the Senate can vote to place a time limit on consideration of a bill or other matter, and thereby overcome a filibuster. Under the cloture rule (Rule XXII), the Senate may limit consideration of a pending matter to 30 additional hours, but only by vote of three-fifths of the full Senate, normally 60 votes.

From TheHill.com on Sunday:

Long wait for food safety bill may be over

Almost a year to the day after a unanimous committee vote, a long-stalled bill to promote food safety is poised for Senate passage within a week.

But it was then forced onto the Senate’s back burner while the upper chamber grappled for most of this year with healthcare reform and financial regulation reform. Now, with the midterm elections in the past, Majority Leader Harry Reid (D-Nev.) plans to bring it forward for a procedural vote on Wednesday that leaders expect will pass.

For those that don’t know about food fascism, here are the crib notes:

END_OF_DOCUMENT_TOKEN_TO_BE_REPLACED

Tom Coburn: “Be Prepared For Selling Your Vote”

The Dems’ power grab is so over the top that the Republicans have finally figured out how close to the ‘end of America as we know it” we actually are.  Took them long enough.  Please send thank you notes to Jim DeMint, Paul Ryan, Tom Coburn, Mike Pence, and John Boehner for not backing down. 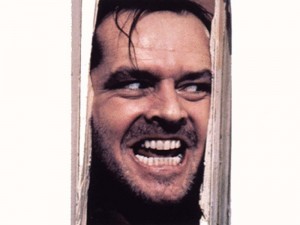 Have you been feeling like this while thinking about Harry Reid’s healthcare release in what is sure to be the next in a list of monstrosities coming from the Democrats and this administration?

Well here it is coming in at a whopping 2,074 pages.  I cannot wait to see how much it grows when combined with Nancy’s mutant demon POS from hell.

Sen. Tom Coburn (R-OK) wants the entire bill read on the floor, with estimates coming in at more than 50 hours.  THAT could really screw with Nancy’s plan of ramming this through by Christmas as a “present” to the American people.   With leaders like this, who needs to worry about islamic jihadist terrorists?

Are y’all still sleeping poorly, or have we become desensitized to the horror of such an un-Constitutional government?