When a constitutional conservative has been so right for so long on so many issues (the Fed and economy included), how can Americans vote for a candidate from the ‘Barbie Brigade’ (that being Obama, Romney, Pawlenty, Perry, etc…)?  All one has to do is watch how silent the globalist owned media becomes when it comes to Ron Paul to realize how freaked out the establishment actually is.

What follows is Ron Paul’s first major campaign ad and it hammers home how badly the republican establishment has treated America over the past few decades with compromises and deals.  Enjoy, and then head over to Dr. Paul’s site to find out more about this true American statesman.

END_OF_DOCUMENT_TOKEN_TO_BE_REPLACED

The Dominoes Are Rocking

Strap in folks, the slow motion train wreck we have been watching since 2006 is picking up speed.  The DOW dropped 213 points yesterday in response to Greece and Portugal’s credit rating changes and Goldman Sachs all over the news in front of Congress.  The dominoes of teetering governments that Basil, the IMF, the WB, The Fed, and the other usual suspects have been trying to keep upright are now gently rocking.  So far, the only person who appears to have their head screwed on straight is Angela Merkel, Germany’s Chancellor.

(Reuters) – Fears that a planned rescue of Greece could stall and extend the financial crisis to other euro zone countries hit European markets on Wednesday as investors worried that Athens may default on its debt.

END_OF_DOCUMENT_TOKEN_TO_BE_REPLACED

This coming from the private banking cartel known as THE FED, with comments by George Soros?

I’m so freakin’ done with being lied to, and I hope y’all started buying gold, silver, precious gems, food, etc., a year ago when I suggested it.

The Federal Reserve says it could be five to six years before we return to normal growth.

That’s according to Fed officials in the central bank’s latest economic forecast.

“Business contacts reported that they would be cautious in their hiring and would continue to aggressively seek cost savings,” Fed officials said in minutes from their most recent policy meeting.

Businesses would be able to meet any increases in demand in the near term by raising their employees’ hours and boosting productivity, thus delaying the need to add to their payrolls,” the officials said.

“It sure doesn’t look like the beginning of a normal, rapid recovery.”

“Depressions . . . typically happen after a prolonged period of credit excess morphs into a collapse, and you get asset deflation. We had asset deflation, and we had a contraction in private-sector credit.”

Billionaire George Soros believes a “bloodletting” may be in the offing for leveraged buyout firms (LBOs) and commercial real estate investors amid the worst economy in seven decades.

“In commercial real estate and leveraged buyouts, the bloodletting is yet to come,” Soros said in a speech in Europe, reported by Bloomberg News.

“These factors will continue to weigh on the American economy, and the American consumer will no longer be able to serve as the motor for the world economy.”

UPDATE: Head over to Insight Analytical and check this out!

(My apologies for the lateness of this post as I have been setting up the new system. Many, Many, Mahalos to the donors who helped make this possible.)

Glenn starts out this program with the statements and reversals by The Fed and Obama about the economy and the fact the government is spending us into oblivion, and leads into Obama’s plan to sign an executive order that “improves transparency” and “to encourage people to play it straight.”  Are you laughing you a**es off now?  Encouraging people to play it straight coming from the Fraud-In-Chief? I almost fell out of my chair I was laughing so hard!

On the road to rationed care:


HHS Secretary Sebelius; (is she lying?) 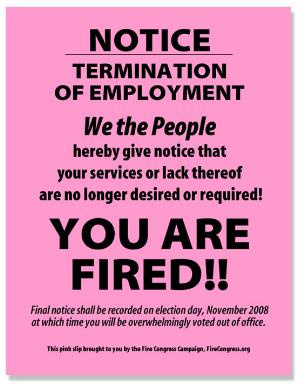 Bad Behavior has blocked 1564 access attempts in the last 7 days.