Tavis Smiley interviewing Anne Coulter and Aisha Tyler on ‘Larry King’, asking ‘What are these white men so angry about?’ Has Tavis been living in some alternate universe for the last 2 years? Oh, I forgot; Tavis is blind, and liberals rationalize everything.

I know you folks are as tired of the fact that we are continually accused of the sins that the liberals commit. Unfortunately, two hundred years from now, they will probably still be noticing the color of somebody’s skin long before they consider the content of their character (and we will still be holding our hands to our foreheads). 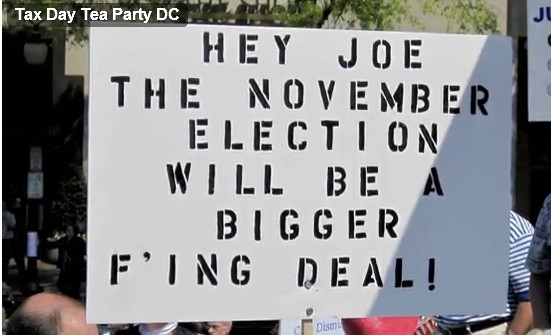 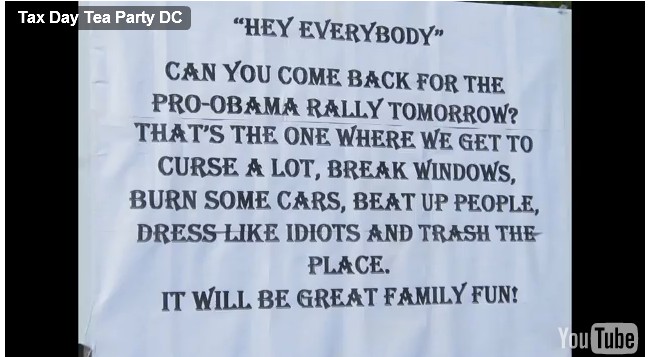 southfloridateaparty — April 13, 2010 — I made this quick video shortly after hearing the results of the Special Election for District 19. http://www.SouthFloridaTeaParty.org will have three tea parties – West Palm Beach, Fort Lauderdale and Miami. Come out to the largest gathering of citizens demanding that the government stop the out of control spending and listen to WE THE PEOPLE! You can find out list of all tea parties by going to http://www.teapartypatriots.org

Deutch was the heavy favorite heading into Tuesday night in a strongly Democratic district. Republicans didn’t do much to contest the race.

Wexler resigned in late 2009 to head up a Middle East think tank.

Laura Ingraham filling in for O’Reilly interviews Bernie Goldberg about the flag burning at a protest in Washington, D.C. attending by Ralph Nader.

The media tries desperately to smear the Tea Parties as racist, violent, right-wing domestic radicals but does not cover the left going off on our flag.  No surprise there; just thought you might like to see the vid.  Has anybody told them that the more they smear us, the stronger we get?

Michael Savage On The Tea Parties’ Next Step After Obamacare

I am not familiar with Michael Savage and have not listened to him before, but he has a very interesting thought about what the Tea Parties’ next step should be if Obamacare comes between us, our doctors and wallets. “The tea parties should become an impeachment movement.” The biggest problem with this suggestion is that most of the tea party patriots I know don’t think Obama is eligible to be president and therefore, unimpeachable. That is where the concept of a perp-walk out of the White House is coming from.

Andrew Breitbart At CPAC: “It’s A Good Day In America”

Andrew has many thoughts about Rachel Maddow, the MSM, Saul Alinsky tactics, and the Tea Parties. Enjoy! 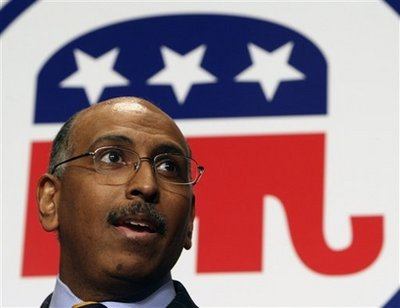 About time Michael Steele wakes up to the fact that the Tea Party patriots aren’t a fringe group consisting mainly of right-wing conservatives as he hasbeen lead to believe.  I don’t think he quite understands yet exactly how effectively our movement is going to make or break the republican party depending on their actions.

Steele to Meet With Tea Party Leaders at RNC Headquarters

Republican National Committee Chairman Michael Steele plans to sit down with about 50 Tea Party leaders Tuesday in the first such meeting of two wings of the conservative movement that could be either vital partners or bitter rivals.

The meeting is part of a broader effort by national Republicans to reach out to Tea Party activists rather than risk their hand-picked candidates being run over by the movement.

“The chairman believes it extremely important to listen to this significant grassroots movement and work to find common ground in order to elect officials that will protect these principles,” RNC spokeswoman Katie Wright said.

But one Tea Party activist who traveled hundreds of miles to attend the meeting at RNC headquarters in Washington, D.C., said sparks could fly.

“Steele wants to try to co-opt us, but we’re coming to tell him he doesn’t get it. We want to return the Republican Party to its roots. We’re expecting some fireworks,” the activist said.

Tea Party supporters identify far more with the Republican platform than the Democratic Party’s, but they have not been shy about voicing their discontent with elected Republicans and running against the party’s favored candidates. They threw an upstate New York congressional race into disarray last fall when they backed a third-party candidate over Republican Dede Scozzafava, forcing her out of the race. Democrat Bill Owens won the special election.

There is no single Tea Party group or individual in charge of the activists, but the movement has been trying to become more organized and focused. Tea Party organizers from across the country attended a national convention two weeks ago in Nashville, where they discussed strategy for this year’s midterm elections.

Some Republican figures, including former vice presidential candidate Sarah Palin, view the movement as a major force in the upcoming elections that Republicans in some districts will have to court if they want to win.

Chris Wallace interviewed Sarah Palin about Obama’s current path for America, his chances of being re-elected, and why the tea parties exist. Once again, Sarah did not pull any punches…love her or hate her, she has been listening and does have her finger on the pulse.

One has to wonder what is going on inside the Democratic Party when Howard Dean is allowed to spend 15 minutes on Morning Joe bashing the senate’s healthcare bill. What may be of even more interest than Howard “not vigorously” supporting Obama’s re-election is the fact that the Tea Party movement now has 41% of the support in this country vs. 35% for the dems, and 28% for the republicans. Howard seems to think that we are not being painted accurately though, because nothing was mentioned in the question about “bringing guns to the legislature”. Just goes to show that Howard appears to believe everything he is reading in the biased medias’ pages and not attending any of the rallies.

Visit msnbc.com for breaking news, world news, and news about the economy

The entire 15 minute segment can be found here, and it was actually rather interesting and informative.

As for the Wall Street Journal poll, I found one paragraph to be a wake up call for the democratic leadership (which I am sure they will ignore – thank you very much!):

House Speaker Nancy Pelosi said Wednesday that Democrats “fully intend to be in the majority” after November 2010, and she was now shifting to “campaign mode” to help candidates. Party officials are leaning on a number of longtime colleagues to fight for their seats rather than retire.

The Journal/NBC survey found Ms. Pelosi’s presence on the campaign trail could do more harm than good. Fifty-two percent said they would be less likely to vote for a candidate who agreed with the speaker almost all the time, compared with 42% who felt that way about candidates siding with Republican leaders.

It would appear it might be time to stuff Nancy in a closet to keep the sheeples from being reminded. Oh, Too Late! The Tea Party Patriots are going to make sure everybody who will listen will know the voting records of every single congressman and senator that is coming up for re-election!