You gotta love it when Saul Alinsky sycophant Chris (the tingle has reached his brain) Matthews tries to verbally spar with Rep. Paul Ryan (R-MI) about tax increases, numbers, math, red ink, black ink, plans, maps, etc.  Chris was so mentally outgunned that I almost felt sorry for him while he was trying his damnedest to make the republicans look bad, twist answers, and blame Bush.

Chris either hasn’t seen this chart or he is lying about everything being Bush’s fault.  Make no mistake, Bush 43 ranks very near the top of my least favorite presidents’ list, but let’s give Obama the credit he is due when it comes to flushing our money down the toilet and selling our descendants into financial slavery.  Let’s also give the Democrats a massive portion of the blame when they took control of the Congress in 2006 and wrote massive spending bills.

Arthur’s book talks about a “new culture war,” initiated by the Progressivist elite, but there’s something in it to be thankful for.  Our current leaders with their ideological agenda have awakened America! They have reminded us of all we have to be grateful for.  We relish the opportunity to take back America’s heritage of freedom!

And here’s my final point: the case for our founding principles and for free market democracy has always been based on a moral proposition—the equal dignity of every person—the capacity to control or guide our own lives and to grow in self-responsibility to our families, our country, and our Maker.  Progressivist plans for a social welfare state are rooted in materialism.  They misunderstand human happiness and suppose it can be purchased with redistributed dollars.  We seek fulfillment in achievement and work… or earned success… our flourishing in self-government under a limited constitution.

Those who wish to replace the principles that made America exceptional have posed their challenge on several fronts at once—economic, social, international, and even philosophical.  All are interconnected, because the moral foundation that supports freedom in one area supports freedom in all.  This is a mighty trial over the very meaning and dignity of the human person.  In the political domain, the issue comes down to this: Is government to be master or servant?

My message is sober but my confidence in America is boundless.  Once Americans understand that this is the great question of the day, they will, as always, take their stand upon the rock of our foundation of freedom.

For the full transcript of this speech, go here.

A Roadmap For America’s Future Version 2.0

America is addicted to spending.  Time to sober up.  Just hit the play button. 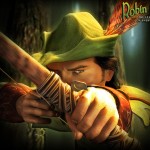 Bad Behavior has blocked 1571 access attempts in the last 7 days.