If you thought you were alone when you realized that the government spending our children’s and grandchildren’s tax liability right now was moronic, think again.  You and millions of other Americans know how stupid the entire Bailout Crusade is, and many of you may know that the very same people that brought this travesty to our economy and markets are now the idiot children presiding over “The Fix”.  Isn’t that reassuring? Just knowing that most of the people that created this mess over at Fannie, Freddie and Wall Street are now in The One’s Cabinet makes me feel all warm and fuzzy inside.   Has everybody become desensitized to the fact that the people in the Cabinet that are about to take over our government are all back-stabbing, cheating LIARS?   For Pete’s sake, The One was born a British Citizen and I just know the Supreme Court is trying to figure out a way to let this election stand, even though The One has had numerous citizenships, but is not a natural born citizen.  Thomas Jefferson and John Adams are screaming at us folks!

Thankfully, we have someone telling our story, since Harry, Nancy, Chris, and Barney are not listening, Bernanke, Paulson and the former Clinton Administration created it, and The One thinks we can just spend our way to prosperity.

H/T to The Patriot Room for the video, and a very special thanks to Fred Thompson for stating out loud what quite a few Americans have been shouting at their televisions for months.  People; they are not listening to us; when does the 10 Million Americans March on D.C. start to end this government lunacy of bailing out failures?

On October 22nd, I wrote “Who Is Driving The Market Collapse?”  which posited:

There is someone or multiple somebodies behind the drive in the last hour each day pushing the market to collapse and then pushing the American public to panic and vote for Barack Obama’s socialist agenda.

I will start digging….I already have a pretty good idea, but nothing to back it up yet….keep ya posted….

UPDATE:  George Soros may or may not be involved in this, but everybody needs to start thinking bigger and stop looking for the culprits on our shores……

I was wrong about one thing; getting The One elected is not the only motive for the people that are involved, and rest assured, there is more than just one, two or three people involved.  I have been watching the chess game happen each day with our market; some days the good guys win, some days the bad guys win.  Currently the bad guys have the upper hand.  The defeat of the Auto Bailout today and the look of dissappointment on Pelosi and Reid’s faces made me smile, but then I remembered that the Communist Party here in this country WANTS the Big 3 to collapse….so do we save them because the Communists consider the failure a way to move their anti-American agenda forward?

Anyways, back to the point at hand….

I started digging and came up empty as to actual evidence, and felt that waiting for “possible players” to surface was going to be the only way to start piecing this particular puzzle together.  Today, a possible player, and I repeat, possible player has surfaced.  According to International Business Times:

NEW YORK – Citigroup Inc. shares tumbled below $5 a share Thursday to their lowest level in more than 15 years, a sign that a Saudi prince’s decision to boost his stake in the bank has failed to galvanize confidence among increasingly anxious investors.

Prince Alwaleed bin Talal, a longtime investor in Citigroup, said he plans to increase his stake in the bank to 5 percent from less than 4 percent. He also expressed “his full and complete support” of the bank’s management–including Vikram Pandit, who has been CEO for less than a year.

At this point, we can either start buying Citigroup stock or we can wait for the Saudi Prince to lose his money….which horse do you want to bet on? 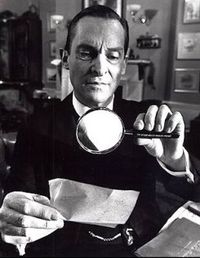 Who Is Driving The Market Collapse?

Once again in the last hour of trading the stock market is crashing again and at this moment, it’s at -671. after floating around -400 all day.  WHO IS DRIVING THIS, and are they backing Obama like Bernanke (and probably Paulson too)?  Did anybody notice that every time the market started to stabilize, Bernanke, Paulson or Pelosi would come trotting out and say something that would make it tank again?

There is someone or multiple somebodies behind the drive in the last hour each day pushing the market to collapse and then pushing the American public to panic and vote for Barack Obama’s socialist agenda.

I will start digging….I already have a pretty good idea, but nothing to back it up yet….keep ya posted….

UPDATE:  George Soros may or may not be involved in this, but everybody needs to start thinking bigger and stop looking for the culprits on our shores……