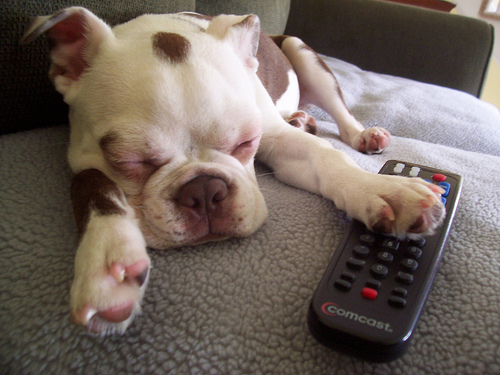 When a congressional body known for ‘getting the heck outta Dodge’ often and early starts working on Sundays, be worried, no; be very afraid.  Yep, the Senate had another of their Sunday sessions and this time they only spent $1.1 TRILLION.  Yippiee, happy days are here again, and The Monster is about to become a millionaire – right after we pay this off.

The Senate passed a huge end-of-the-year $1.1 trillion omnibus spending measure Sunday afternoon by a vote of 57-35.

The chamber was forced to work for the second consecutive weekend after talks broke down late Thursday to move the massive spending package and Republicans continued to filibuster it. Senate Democrats overcame the opposition Saturday when the Senate voted 60-34 to end debate and clear the way for a final vote.

The bill, which includes $447 billion in appropriations for a number of cabinet departments and $650 billion for Medicare and Medicaid, combines six of the 12 annual spending bills Congress had been unable to pass separately because of Republican concerns that the measure is over-inflated and exceeds the cost of inflation in its government budget increases.

Republican fiscal hawks Sens. Jim DeMint (R-S.C.) and Tom Coburn (R-Okla.), as well as centrist Sen. Olympia Snowe (R-Maine), were among the Republicans who voted against it. Democratic Sens. Claire McCaskill (Mo.) and Evan Bayh (Ind.) voted against it while GOP Sen. Richard Shelby (Ala.) voted in favor of it.

Republican National Committee Chairman Michael Steele reacted to passage of the omnibus bill by calling on President Barack Obama to veto it.

“Poll after poll have made it clear that this kind of irresponsible and excessive spending is unacceptable, but Democrats simply aren’t getting the message,” Steele said. “Now the American people are looking to President Obama to stand true to this campaign promises of fiscal responsibility and stage an economic intervention on his spend happy colleagues by vetoing this bill. I encourage President Obama to stand firm against the peer pressure and ‘just say no’ to Congressional Democrats.”

Right after the vote, the Senate was expected to return to legislation to overhaul the healthcare system, with the goal of wrapping up work before the Christmas-week recess. Chances for reaching that goal, however, dimmed last week when Senate Majority Leader Harry Reid (D-Nev.) and Minority Leader Mitch McConnell (R-Ky.) failed to reach agreement on a proposal to vote on four healthcare-related amendments at the end of the week.

The House voted Thursday to approve the half-dozen spending bills lumped into one package. That bill passed 221 to 202, with 28 Democrats joining all 174 Republicans present in opposing it. Republicans griped that the measure was too large and introduced late in the week to avoid public scrutiny, especially considering the nearly 5,000 earmarks worth $3.9 billion it contains.

So much for changing the politics as usual. Nancy’s legislative coercion continues in full force, and it appears the House Dems are beginning to get a glimmer of the realization that for Americans, it is no longer ‘politics as usual’. Average Americans are beginning to set policy and are leading the leaders.   Americans are definitely coming to take their capitol back, and for many lawmakers on both sides of the aisle, it’s already too late.  Go right ahead Senate, vote for this abomination of a health care bill and add another nail to your coffins.