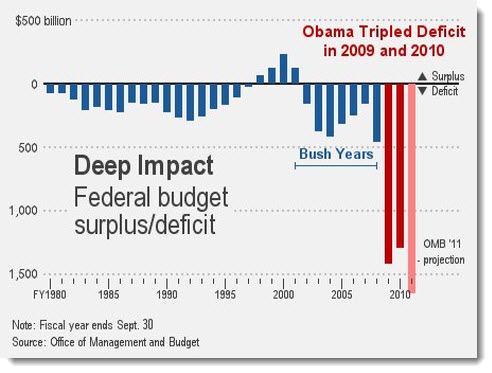 Sen. Jim DeMint on the credit downgrade by S&P yesterday including his views of the debt deal, the ‘Super Congress’, Secretary Geithner, the $2 Trillion mistake, and the possibility this was a calculated move by the Obama administration in order to raise taxes. END_OF_DOCUMENT_TOKEN_TO_BE_REPLACED

Time To Pay The Piper

We, as American simpletons, know that allowing our government to sell our sovereignty to the global loan sharks has diminished our national security. What happened to this simple premise inside the Beltway? I personally think they just don’t give a flying rat’s a** what happens to us, and they have purposefully put America in this position (both parties).

* Priority for world economy is to stabilise Europe

By Chris Buckley and Aileen Wang

BEIJING, May 20 (Reuters) – Europe’s debt crisis has laid bare the fragility of global finances and the United States, too, must tame its fiscal deficit, a senior Chinese official said on Thursday, spelling out Beijing’s concerns before talks with Washington.

With China facing U.S. criticism for yoking its currency to a de facto dollar peg, Assistant Finance Minister Zhu Guangyao shifted attention to Beijing’s own worries about the euro zone’s woes and Washington’s rising indebtedness, ahead of the two countries’ Strategic and Economic Dialogue next week.

China wants “quiet discussions” about exchange rate issues, and loud lobbying will only delay movement on the yuan, Zhu told a news conference.

“External pressure and noise will do nothing but slow the reform process,” he said of the yuan exchange rate.

The global economy’s priority should be to steady financial conditions in Europe after Greece’s debt crisis, Zhu said. The United States also needs to control its fiscal settings, he said.

“The European sovereign debt crisis is a challenge not just for the countries that are party to it, such as Greece. In fact, it is a challenge to the stability of the entire international financial market,” he said.

“We have noted that President (Barack) Obama and Treasury Secretary (Timothy) Geithner have stressed they are paying attention to the problem of the excessively high U.S. fiscal deficit”, Zhu said, noting that it was also “a matter of concern to China.”

“We hope that the U.S. fiscal deficit will fall as a proportion of GDP as the economy recovers and reach a sustainable level,” said Zhu.