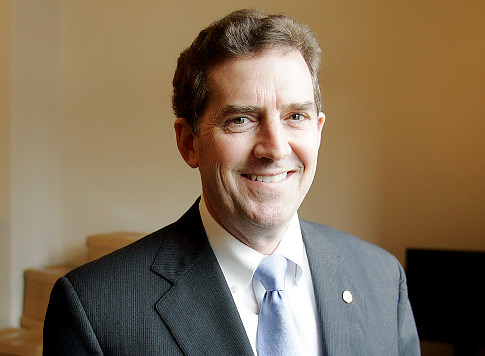 Take The “Repeal It” Pledge

The Pledge from the Senate Conservatives Fund led by Senator Jim DeMint.

I hereby pledge to support with my time, money, and vote, only those candidates that vow to repeal President Obama’s health care takeover.

The Senate Conservatives Fund site where you can sign the pledge and get other information, go here.

After months of backroom deals, political payoffs, and strong-arm tactics, President Obama and the Democrats forced an unpopular health care takeover through the United States Congress. Americans lost this battle with their elected leaders in Washington but the war is not over! If we’re willing to the fight to save freedom, we can settle the score in November by electing true conservatives who will repeal this unconstitutional and dangerous bill. The simple truth is the bill cannot be fixed. It must be repealed.

The Senate Conservatives Fund, chaired by U.S. Senator Jim DeMint, has launched this national “Repeal ObamaCare Pledge” to rally support for conservative candidates who vow to repeal President Obama’s health care takeover. America is teetering toward tyranny and we must work together to reverse the radical agenda in Washington.

Electing just any Republican is not the answer. We’ve seen what happens when we send Republicans to Washington who don’t truly believe in the principles of freedom. They abandon their principles, lose the trust of the American people, and leave us with Democrats controlling Congress and the White House.

Instead, we must support true conservatives who love the Constitution and who will fight for limited government, a strong national defense, and traditional family values. And we must only help those candidates who vow to repeal ObamaCare.

Senators DeMint And Ensign Honor Their Oath To The Constitution

Whatever one wants to say about the pantywaists in the republican party (and we all know who they are), put it aside for the moment and ponder two republican senators trying to stop Obamacare on the grounds of constitutionality.  Whenever you have the time available, you may want to send Senators DeMint and Ensign handwritten thank you cards for actually possessing the testicular fortitude to stand up and take their oath to the Constitution seriously. (Unlike Harry Reid who wants to make sure that no future congress will be able to change death panel recommendations.)

December 22, 2009 – WASHINGTON, D.C. – Today, U.S. Senators Jim DeMint (R-South Carolina) and John Ensign (R-Nevada), raised a Constitutional Point of Order on the Senate floor against the Democrat health care takeover bill on behalf of the Steering Committee, a caucus of conservative senators. The Senate will vote tomorrow on the bill’s constitutionality.

“I am incredibly concerned that the Democrats’ proposed individual mandate provision takes away too much freedom and choice from Americans across the country,” said Senator Ensign. “As an American, I felt the obligation to stand up for the individual freedom of every citizen to make their own decision on this issue. I don’t believe Congress has the legal authority to force this mandate on its citizens.”

“Forcing every American to purchase a product is absolutely inconsistent with our Constitution and the freedoms our Founding Fathers hoped to protect,” said Senator DeMint. “This is not at all like car insurance, you can choose not to drive but Americans will have no choice whether to buy government-approved insurance. This is nothing more than a bailout and takeover of insurance companies. We’re forcing Americans to buy insurance under penalty of law and then Washington bureaucrats will then dictate what these companies can sell to Americans. This is not liberty, it is tyranny of good intentions by elites in Washington who think they can plan our lives better than we can.”

Americans who fail to buy health insurance, according to the Democrats’ bill, would be subject to financial penalties. The senators believe the bill is unconstitutional because the insurance mandate is not authorized by any of the limited enumerated powers granted to the federal government. The individual mandate also likely violates the “takings” clause of the 5th Amendment.

The Democrats’ healthcare reform bill requires Americans to buy health insurance “whether or not they ever visit a doctor, get a prescription or have an operation.” If an American chooses not to buy health insurance coverage, they will face rapidly increasing taxes that will rise to $750 or 2% of their taxable income, whichever is greater.

The Congressional Budget Office once stated “A mandate requiring all individuals to purchase health insurance would be an unprecedented form of federal action. The government has never required people to buy any good or service as a condition of lawful residence in the United States.”

A legal study by scholars at the nonpartisan Heritage Foundation concluded: “An individual mandate to enter into a contract with or buy a particular product from a private party, with tax penalties to enforce it, is unprecedented– not just in scope but in kind–and unconstitutional as a matter of first principles and under any reasonable reading of judicial precedents.”

AND ….Could this bill be the reason for this?

Bad Behavior has blocked 2333 access attempts in the last 7 days.