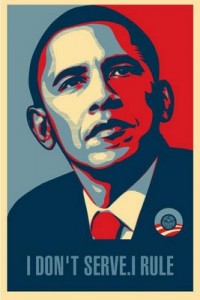 I said recently that I believed this issue had gone from tinfoil hat to a Media Blackout, and that I was going to be absolutely relentless about this issue because where there is smoke with The One, there is fire.

I want to thank Susan over at That’s Me On The Left for finding this article with an amazing bonanza of logistical information inside this article that “We The People” can use.  Remember, we are America, not the politicians that have been so adeptly ignoring us.  So people…what are you going to do?….let’s make sure this story gets legs and the SCOTUS and House Judiciary Committee DOES THEIR JOB!!

The media bought it. The voters bought it. And now some in Congress are resisting the idea of congressional hearings because they believe that Barack Obama’s “birth certificate” has been posted online.

It’s Rathergate all over again with more amiss than a 1970s Selectric typewriter. But before I tell you what the experts found, let me ask you a few questions:

If you were a natural born American citizen and had it within your means to quiet all the lawsuits and questions with proof, would you do it?

If you were a natural born American citizen, would you spend thousands of dollars to fight the legal cases against you, or would you simply answer the legitimate question of whether you meet the constitutional requirements for office?

If you were a natural born American citizen, would you forge a document called a “Certification of Live Birth” and tell the public it was a real “birth certificate”?
If someone were to violate the law by manufacturing a forgery in order trick the public, would that be enough evidence for members of Congress to conduct hearings and for a court to issue an order for the critical records, including the original long-form birth certificate (signed by the doctor) to ensure that the U.S. constitutional requirements for office were not violated? After all, Congress is sworn to uphold and defend that Constitution, and the justices on the U.S. Supreme Court are “guardians” of the Constitution. That’s their job, isn’t it?

Ron Polarik, who holds a Ph.D. in Instructional Media and specializes in computer graphics with over 20 years experience with computers, printers and typewriters, has come forth with more definitive evidence than the word processor that tried to simulate a 1970s Selectric typewriter.

Polarik has submitted a signed affidavit and has now released his findings on video at www.ObamaForgery.com with his identify masked and voice altered to guard against the carrying out of threats, which he has already received.

The Summary: The Certificate of Live Birth documents posted on Mr. Obama’s website www.fightthesmears.com, Daily Kos (a pro-Obama blog) and factcheck.org, (a pro-Obama political research group), were found to be altered and forged.

Like with Rathergate, when you’re creating documents, make sure you use only a typewriter that was invented at the time you report the document was manufactured. When posting a “Certification of Live Birth,” make sure you “borrow” only from documents used in the same year!

But beyond the birth certificate issue, there’s the matter that Obama traveled to Indonesia, Pakistan, Southern India and Kenya in 1981. He said he went to Indonesia to see his mother. This seemed plausible, except for the fact that his mother returned to Hawaii in August of 1980 to file for a divorce from her second husband, Lolo Soetoro. Unless she went back to pal around with the man she divorced, she wasn’t there at the time of Obama’s visit.

There’s another problem. No record of Obama holding an American passport prior to the one he received once becoming a U.S. senator has been found. If he traveled to Pakistan with an American passport, he wouldn’t have been allowed in – since Pakistan was in turmoil in 1981 and under martial law. It was also on the State Department’s travel ban list for U.S. citizens.

If he couldn’t get into Pakistan with a U.S. passport, perhaps he went there with an Indonesian passport. But the only way you can get one of those is if you are an Indonesian citizen.

That’s quite possible since under Indonesian law, when a male acknowledges a child as his son, it deems the son – in this case Obama – to be an Indonesian state citizen, which was also recorded by Obama’s school record.

So, if he didn’t go to Indonesia in 1981 to visit mom (who had returned to Hawaii by then), might it have something to do with the fact that Indonesian passports expire every five years and it was time for renewal?

Why does that matter?

If Obama would have been a U.S. citizen, 8 USC §1481(a)(2) provides loss of nationality by native born citizens upon “taking an oath or making an affirmation or other formal declaration of allegiance to a foreign state … after having attained the age of eighteen years,” in violation of 8 U.S.C. §1401(a)(1). Simply put, since Indonesia did not allow for dual citizenship, if Obama got that passport in 1981, when he was 20 years old, he effectively renounced any U.S. citizenship he may have had.

So, if the experts are right, Obama forged a Certification of Live Birth to fool America. In addition to the automatic Indonesian citizenship granted to a child acknowledged as a “son” by an Indonesian male citizen, and the Indonesian citizenship listed in Obama’s school records, Obama then traveled to a place where Americans weren’t allowed to go, but citizens of Indonesia were. If he obtained an Indonesian passport on his trip in 1981, he effectively renounced any American citizenship he may have had and cannot serve as president (or “rule” as president, as members of his campaign have stated). These are serious questions that must have answers.

If Obama gets into office without verification that he has met the requirements of the U.S. Constitution, if you care about life, liberty or the family, you’re going to have to make hundreds of calls to try and fight an agenda that seeks to silence you.

There is a way to help prevent this. Our founders sacrificed their lives, their fortunes and their sacred honor. I’m asking you to do three things.

Fast and pray for all the hidden things to come to light.

Call the Republican members of the House Judiciary Committee – in their district offices while they’re home this week for Thanksgiving. Ask them to “Please hold congressional hearings to investigate whether Barack Obama meets the basic constitutional requirements for the highest office of the land.”

Write a letter to the nine Justices of the United States Supreme Court (names are listed below) and put them in a FedEx (or other overnight) envelope to:
U.S. Supreme Court
1 First Street, N.E
Washington, D.C. 20543

Our Constitution matters and defending it is going to take an outcry from the public. The electors vote on Dec. 15. The numbers are below and your immediate action is critically needed right now. Do it before defending our liberties costs a lot more than making some phone calls and writing a few letters.

How important is the Constitution to you? Forward this to all you know.