Translation: What We Need Is More Time To Crash The Economy

Can you imagine how frustrated Barack Obama and his marxists czars are right now?  Can you imagine Mishy’s pissedness because she is not yet ‘Empress Of All The World’? It makes me think of the Grinch at the end of the movie listening to the Whos sing even though he had taken everything from them, and he could not figure out why they were still happy.  Our pResident does not understand that he will never be able to crush the American Spirit no matter how hard he tries to crash the dollar and reboot this country; probably because he did not grow up here and does not have it instilled in his bones.

I would not call the pResident an out-in-out liar unless it was proven without a shadow of a doubt that he was actually lying about something,(and common sense says he most likely is), BUT, considering the actual opposite of almost every statement he makes occurs, I think a translation is in order and the title of this post would be what Bambi actually means when he says:

Obama asks for patience on economy

WASHINGTON (Reuters) – President Barack Obama on Saturday urged Americans to show patience over the economy and argued that his just-concluded Asia trip was critical for U.S. exports, countering criticism he had returned empty-handed.

With unemployment at a generation high of 10.2 percent and once-lofty popularity ratings down, Obama said a December White House forum will leave no stone unturned in the hunt for jobs.

Which means the administration will leave no stone unturned in the hunt for ways to move even more jobs overseas until the whole country resembles Flint, Michigan. (Sorry Flint)

“Even though it will take time, I can promise you this: we are moving in the right direction; that the steps we are taking are helping,” Obama said in his weekly address, amid signs that the public is getting impatient for results.

First of all, Obama only keeps his promises to his donors and repays them accordingly.  The steps they are taking are helping the Cloward-Piven Strategy of crashing the system so that it can be rebooted in more of a social justice format.

Obama’s remarks on the economy were his first in public since returning to Washington after an 8-day Asian tour where critics said he had failed to win significant concessions on trade or currency manipulation from partners like China.

Using the “liar, liar, pants on fire” formula; Obama was not trying to obtain concessions or keep China from dumping the dollar.

But Obama said that progress had been made with Russia and China in sending a unified message to Iran and North Korea about giving up nuclear weapons “or face the consequences,” while also maintaining pressure to stimulate growth.

Which probably means that Obama will not stand in the way of Iran becoming a nuclear power.  Remember, his ACTIONS say he supports the muslims and hates Israel even if it wreaks havoc on all of Israel’s neighbors.  How long did it take for him to make his little peep about the demonstrators in Iran after the election, and even then, he did not stand behind freedom.

“Above all, I spoke with leaders in every nation I visited about what we can do to sustain this economic recovery and bring back jobs and prosperity for our people,” he said.

Against all odds, the American people are still hanging in there and free enterprise solutions are still working.  Obama needs to hammer the middle class and the poor even more so that his administration can demoralize and crush them.  The serfs will accept any help the government is offering at some point and then they will have total global domination starting with the defeat of the American people.

Obama’s December 3 jobs forum will gather leaders from business and labor to review how to boost credit to small business, encourage firms to hire and boost green jobs and other ideas.

This forum is the information gathering stage of how to finally destroy the millions of small businesses that are the backbone of the economy and the reason they have not totally flipped the country to an European socialist state.  It is absolutely genius to bring in every single expert you can find, listen to the ideas of how to correct the problems – and then do the opposite.

But the White House has already said it will not be about a second stimulus package, potentially limiting how much of a dent the initiative will be able to make in the 15.7 million Americans who were drawing unemployment aid in October.

Stimulus 3.0 is on it’s way.  All the test balloons have been floated in the last few weeks.  A starving population is a pliable population.

Obama signaled that any measures hammered out during the jobs conference would have to be fiscally responsible.

“It is important that we do not make any ill-considered decisions — even with the best of intentions — particularly at a time when our resources are so limited.

“But it is just as important that we are open to any demonstrably good idea to supplement the steps we’ve already taken to put America back to work. That’s what I hope to achieve in this forum,” he said.

So now it is time to take our $105 Trillion debt and explode it even further to the point of no, no, no, frakkin, ever, return.

I would like to close this post out with a word from the NY Times who appears to be getting the cattle ready for the next stimulus package.  I am positive it is not going to help anybody we know because of the ‘who’ we are dealing with.

WASHINGTON — Now that unemployment has topped 10 percent, some liberal-leaning economists see confirmation of their warnings that the $787 billion stimulus package President Obama signed into law last February was way too small. The economy needs a second big infusion, they say.

No, some conservative-leaning economists counter, we were right: The package has been wasteful, ineffectual and even harmful to the extent that it adds to the nation’s debt and crowds out private-sector borrowing.

These long-running arguments have flared now that the White House and Congressional leaders are talking about a new “jobs bill.” But with roughly a quarter of the stimulus money out the door after nine months, the accumulation of hard data and real-life experience has allowed more dispassionate analysts to reach a consensus that the stimulus package, messy as it is, is working.

The legislation, a variety of economists say, is helping an economy in free fall a year ago to grow again and shed fewer jobs than it otherwise would. Mr. Obama’s promise to “save or create” about 3.5 million jobs by the end of 2010 is roughly on track, though far more jobs are being saved than created, especially among states and cities using their money to avoid cutting teachers, police officers and other workers.

Obama’s inability to understand the American spirit is going to be his undoing. 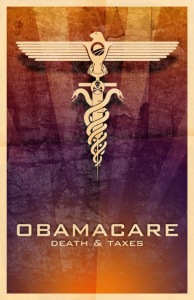