“some of you proudly clinging to your guns and religion…”

Sarah Palin and Michele Bachmann speaking at a rally in Minneapolis, Minnesota before their appearance on ‘Hannity’. (When those vids become available, I will update this post.)

Sarah points out that the tea parties are being lead by a majority of women. Imagine that?


Michele Bachmann: “The new normal will be when Speaker Pelosi loses her gavel.”

This congressional recess should have been Harry Reid’s victory lap with the passage of Obamacare (meant to cripple the entire economy and keep the feds afloat for a few more years).  Only one big, big, problem; Tea Party Activists gathering in Searchlight, Nevada by the thousands to hear Sarah Palin and other patriots.


I can understand Sarah Palin having personal loyalty to John McCain, but damn, campaigning for one of the dinosaurs that got us into this mess? What’s up with that? 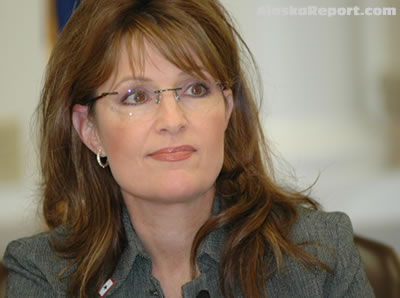 Sarah understands that this bill does nothing to lower the cost of healthcare, and how we must continue to grow the grassroots effort to accomplish the firing of the members of Congress that put us in the position where we are fighting to save our country from being fundamentally transformed into a failed European socialist state.

The resounding question is will Americans forget about the process and the passage of Obamacare in 8 months.  What do you think?

Not only do these newscasters slam Sarah Palin for the palm scribbles, but Ted Kaufman believes that Palin supporters aren’t really following what is happening in America.

“I think most of them don’t follow what’s really happening, but they’re upset, they’re mad as hell and not going to take it anymore, and Sarah Palin’s one that appeals to them.”

I did not cover the Sarah Palin, ‘palm scribbles’ scandal because it is ridiculous when compared to Obama’s ’57 states’, the Great Lakes of Oregon, and dead soldiers in the crowd….but the immature left just had to jump like rabid dogs to hammer the former Alaskan governor.

Enter Kirsten Powers, a very liberal reporter, whom I have watched fall out of love with the Obama administration. She hasn’t completely owned up to the fact that she, like so many millions were duped by a slick, marketing campaign, but she is getting there. Shall we enjoy the media double-standard once again?

Chris Wallace interviewed Sarah Palin about Obama’s current path for America, his chances of being re-elected, and why the tea parties exist. Once again, Sarah did not pull any punches…love her or hate her, she has been listening and does have her finger on the pulse.

The verbal bitchslap of Obama and the Democrats has begun…

Well a special hello to those C-span viewers. You may not be welcome in those healthcare negotiations, but you have an invitation to the Tea Party.

SOMETHING IN THE AIR
Palin: ‘America is ready for another revolution’
Warns: ‘Obama-Pelosi-Reid agenda’ reflects worldview out of touch with enemy U.S. faces

A large banquet room at the Gaylord Opryland Hotel was crowded from wall-to-wall with energized tea partiers and as many as 120 press organizations from around the world – including broadcasters from Spain, France, Germany, Switzerland, Italy, Croatia and Japan.

“I’m a big supporter of this movement,” she said. “America is ready for another revolution.”

“Scott Brown represents what this beautiful movement is all about,” she said. “He was just a guy with a truck and passion to serve our country. It took guts, and it took a lot of hard work. But with grass-roots support, Scott Brown carried the day.”

Palin warned tea partiers not to let the movement be defined by one leader or politician.

“The tea party movement is not a top-down operation. It’s a ground-up call to action that is forcing both parties to change the way that they’re doing business,” she said.

Sarah Palin’s Take On SOTU: We Don’t Want To Chill, We Want It Killed

Sarah points out the problems with Obama’s speech, his facts (or misrepresentations), slapping the Supreme Court, and the disconnect between the WH and the American people.