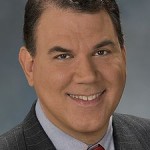 Today’s AYFKM? Award goes to Non-Representative Alan Grayson (DPSP* – FL) for coming up with the idea, and actually putting a bill forward that mandates paid vacation for workers at companies with 100 or more employees.

Yes, you read that right. The hamsters on crack in the house have jumped on the “mandate everything about the private sector whether it is constitutional or not” bandwagon.  As soon as I find an actual bill number, I will let you know. The bill, H.R. 2564, is here. Take a gander at the excerpt, and then the monster’s response at what we should actually do.

Remember, this is coming from another Harvard educated attorney and member of the Congressional Progressive Caucus; you should know what that means by now.

Rep. Alan Grayson was standing in the middle of Disney World when it hit him: What Americans really need is a week of paid vacation.

So on Thursday, the Florida Democrat will introduce the Paid Vacation Act — legislation that would be the first to make paid vacation time a requirement under federal law.

According to the Center for Economic and Policy Research, 28 million Americans — or about a quarter of the work force — don’t get any paid vacation. The center says that a lack of vacation causes stress and workplace burnout and that those evil twins cost the economy more than $300 billion each year.

One more if-you’re-reading-this-then-you’re-probably-not-on-vacation fact: The United States is dead last among 21 industrial countries when it comes to mandatory R&R.

And how’s that working out for France, their economy, and their protestors?

Not surprisingly, some in the travel industry are salivating over Grayson’s bill; Grayson spokesman Todd Jurkowski said the U.S. Tour Operators Association and the Adventure Travel Trade Association are both on board. Other tourism and labor groups are expected to sign on in the coming days.

The U.S. Travel Association has not yet endorsed the measure, but Senior Vice President Geoff Freeman says Congress does need to consider new ways to stimulate the vacation industry and travel economy.

So far, no group has come out in opposition of the bill. Nor has anyone announced opposition to roller coaster rides, cookouts on the beach or salt-water taffy on the boardwalk.

I am not a group but I am completely opposed to this bill and not because I am a mean, blackhearted, capitalist either.  I receive a week of paid vacation that I can never use because that money needs to go to pay for other things besides taking trips because the cost of living just keeps going up because of more and more debt being racked up by the Republicans and the Democrats.

The Society for Human Resource Management issued a statement Wednesday warning that “a one-size-fits-all, government-imposed mandate is not the answer.”

Because of the 50- and 100-employee thresholds, most small businesses wouldn’t be directly affected by the bill immediately. But the National Small Business Association warned of indirect consequences; companies might artificially hold their hiring at the 50-to-100-employee level to avoid the costs of paid vacation time.

The bill also could have a negative impact on manufacturers already bracing for higher costs that could be associated with the climate-change legislation working its way through the House.

Can anyone show me where in the Constitution it states that the federal government can mandate another private sector issue?  Please do not use any of the other previous mandates as precedent, due to the fact that they are as unconstitutional as this crap.  Anybody?  Anybody?

Free enterprise dictates that companies who provide excellent benefit packages, usually get the best employees and have the lowest turnover creating just one component of a successful business that provides for it’s owners, employees, and shareholders.  Crappy companies and business owners that treat their employees like slaves usually do not last.

This bill is just one more way to strangle the free enterprise entrepreneurial spirit of America and demoralize the average American through SHEER STUPIDITY; no malice intended.

I have a better idea to put more money into our pockets and free time with our families:

I have quite a few more ideas, but I think I will leave it at that.