…The United States Border Patrol AND the Arizona Dept. of “Public Safety” (that’s a frakkin’ joke, and I should know, I lived in Tempe for 10 years) for beating and tazering Pastor Steven Anderson inside the borders of the United States.  Hitleresque enough for you bambibots?

An Arizona pastor – Tasered, bloodied by broken glass and sporting 11 stitches in his head – claims his injuries came from being stopped at a Border Patrol checkpoint 75 miles inside the U.S. and then being battered by police for refusing to allow agents to search his vehicle.

The incident earlier this week highlights tension between constitutional rights, the issue of border security and a controversial Supreme Court ruling that grants an exceptional level of police authority near the Mexican border.

Pastor Steven Anderson of Faithful Word Baptist Church in Tempe claims he did nothing to deserve his eventual arrest and believes that when he refused to allow the search of his car he was simply standing up for his Fourth Amendment rights, which protect him against unreasonable search without a warrant.

Anderson further questions why the Border Patrol is allowed to stop and search cars at a checkpoint along Interstate 8, 75 miles inland of where the highway nears the Mexican border at Yuma, Ariz.

“I was in the United States! I had crossed no international border!” writes Anderson in commentary accompanying a video he made about his experience.

“I didn’t have any drugs; I didn’t have a human beings in my car,” he claims in the video itself. “Why is this happening in the United States of America?”

Make sure you go over and read the whole article.

Guess what?  This American citizen spent the night in jail, his arraignment will be on Friday where he will be pleading NOT GUILTY!

Jesus, Mary & Joseph – this qualifies for the “Today’s Are You Freakin’ Kidding Me Award?” Also!!! 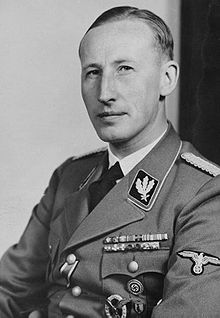