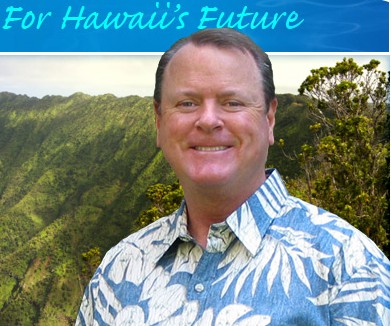 John Willoughby Answers “Why Should I Vote For You?”

(Editor’s Note:  As my readers know, I have been saying that every race this election cycle is a national race to flip not only the U.S. Congress, but state legislatures and governorships to candidates that are pro-Constitution and anti-progressive globalist.  I strongly support John Willoughby as the GOP candidate to run against autocrat Mazie Hirono in Hawaii’s District Two race in November.  Mr. Willoughby was sent an email asking his qualifications to be that candidate.  What follows is his response.  To find out more about John and/or donate to his campaign, go here.)

WHY SHOULD I VOTE FOR YOU?

Aloha Friends! As you are aware, we are facing a contested Republican Primary in District Two for the first time in many years. The interest in this race notwithstanding, there have been few efforts in the media or community to highlight the differences between my opponent and me, which does a disservice to voters who wish to make an educated choice. I am attaching a recent email below and my response to illustrate some of the differences I see in our campaigns.

The following is from a voter on the Big Island. Besides de-identifying the author, his email and my response are exactly as written:

I will be departing for the mainland on 9/1/10. I am awaiting my absentee ballot. Why should I vote for you verses Ramsay?

I too am a Navy Vietnam Vet and retired Pilot, so we have a few things in common. As well as being a staunch conservative.

I support the TEA party ideals as well as most of what Sarah Palin has to say. Are we on the same page?

It’s been about ten months since I filed my initial press release announcing that I would be running for U.S. Congress. Several months later, when Ramsay Wharton ran into stiff opposition from the Hawaii Republican Party in response to her desire to run for Lieutenant Governor, she shifted gears and decided to seek a path of lesser resistance. That path was to U.S. Congress. (To be fair, I also received opposition from the Party when I, as a complete unknown, first sought out their advice on running for Congress. I understood their concern, but stayed true to my convictions and elected to run despite their reticence. Personally, I feel she should have stayed true to her convictions as well.)

When she ultimately announced that she would be running, I immediately went on record welcoming her to the race. I insisted that her involvement would be nothing but positive with regards to giving Hawaii District Two voters an opportunity to hear a variety of opinions and ideas about substantive issues and solutions to the problems facing Hawaii families. (She even placed a copy of my letter on her website!) Now, six months later, we are closing in on the Primary Election, the results of which will decide who faces Mazie Hirono in the General Election.

Naturally, Ms. Wharton and I both feel we have the unique qualities required to serve the families of Hawaii. But when placed side-by-side, you would see that the differences between us become stark and the qualifications and experience I can offer Hawaii voters are far superior.

We are being told that we can expect wide scale changes in Congress after the November election. As many as 100 Congressional seats may change hands leaving a large number of Committee vacancies to be filled. We know that House Committee memberships are assigned based on a newly elected Representative’s background and experience. As a 26-year retired military officer (having served in combat, intelligence gathering, and serving many years in overseas duty assignments, etc.), I would line up for membership in the vitally important House Armed Services, House Foreign Relations, and House Veterans Affairs Committees. Possessing an active Top Secret SCI Security Clearance, I would also be considered for immediate membership in the House Intelligence Committee.

As a Commercial Airline Pilot for the past 12 years, I would also line up for membership in the crucial House Committee on Transportation and Infrastructure, where I will join Congressman Charles Djou in moving forward legislation seeking an exemption for Hawaii from the Jones Act. An exemption would lower the price of virtually every good and service sold in Hawaii up to 22%, and would make our local products more marketable on the mainland and around the world. (By contrast, Ms. Wharton would have a hard time lobbying for membership in any committees other than lower level social service, public service, or communications committees.)

Whether in Command of an aircraft with 20 Navy Crewmembers in combat, or a commercial airliner with 360 passengers and Crewmembers flying into Chicago during a blinding snowstorm, I can’t afford to take my responsibilities lightly – Ever. I can’t routinely call out “cut,” or “let’s do that again,” or “we’ll just wait and try to make that landing later when the conditions are better.” In my business, I am literally responsible for the safety and wellbeing of thousands of families and business people every month. The number of safe landings must equal the number of takeoffs, and the number of men, women and children who walk safely off the plane at the end of the flight must equal the number that board at the beginning of the flight, every single flight. Every day of my life, my mantra must be, “failure is not an option.” I will take that same level of intensity, responsibility, and accountability with me to Washington on your behalf.

Quite frankly, Ms. Wharton is not in the same league. It’s not that she doesn’t have the enthusiasm or resolve… she simply has no common frame of reference, and that is why her claim that she is the only candidate with the experience to be a U.S. Congressman would not stand up under close scrutiny.

Specifically, there are several reasons why you should vote for me. First, my ideas on how to approach the morass our economy is facing are much more substantive: I will move forward on plans (described on my website) to reduce the tax burden on Hawaii families and small businesses; I will fight to stop the government’s incessant and reckless deficit spending that jeopardizes our children and grandchildren’s future; and I will submit legislation to create permanent, well-paying jobs for our unemployed and underemployed workers.

Secondly, I have already established life-long relationships with current members of the U.S. Senate such as Lamar Alexander, Bob Corker, Mike Enzy, John Ensign, Saxby Chambliss, and Orrin Hatch. And in the House of Representatives, with even prominent Democrats such as House Majority Leader Stenny Hoyer, Representatives Ike Skelton, and Sam Farr, and Republicans James Gerlach and Bill Shuster. Simply put, I know how Washington works. It won’t take me 2 or 4 or 6 years to figure things out. Nor will I be reluctant to fight against bureaucrats and politicians who make policies that aren’t in the best interest of Hawaii families.

Thirdly, I am not a career politician and I have no further career aspirations. I will serve no more than two terms. That will allow me to spend every minute in Congress working for Hawaii families instead of trying to get re-elected, or spending your valuable time courting special interests and lobbyists to curry their favor and raise campaign contributions.

And I firmly believe that a member of Congress should not profit from their public service nor leave Washington better off financially than when they arrived. Not only will I not accept healthcare benefits superior to those I already receive in my airline job (Kaiser) or that I can purchase as a retired military member (Tricare for Life), I will donate every single penny more than I will have received from my airline job (which is about half of a current Congressman’s salary) to Shriners Hospital for Children in Honolulu. That is a promise.

Finally, Ms. Wharton and I also differ on Christian values. I am the only candidate who is Pro-life, Pro-family, Pro-traditional marriage, and the only candidate to stand beside Governor Lingle and Hawaii families in opposition to HB444.

I also stand beside the Chiefs of all the Armed Forces and over 90% of our military in uniform who oppose lifting the military’s long standing “Don’t Ask, Don’t Tell” policy. I also oppose overturning the Defense of Marriage Act, which properly defines marriage as between one man and one woman, and does not force us here in Hawaii to recognize same sex marriages or civil unions performed in States on the mainland. Most importantly, I am not afraid to allow God back into our schools and communities.

I hope this has given you some idea why I think you should vote for me Darrell. But the bottom line is that I’m not here answering your email just so I can ask for your vote… I’m here to earn it.

Bad Behavior has blocked 2987 access attempts in the last 7 days.