Glenn covers the revisionist history that has been taught inside our schools over the last century due to the progressives going underground and infiltrating our institutions. He spends quite a bit of time on FDR, Woodrow Wilson, and our favorite British Born Subject – Barack Hussein Obama, Jr.  He also covers the depression of the ’20’s, how it created the boom years of the ‘Roaring ’20’s”, segues into the racism of the unions and the eugenics of luciferian Margaret Sanger, (though he leaves out the occultism of the Theosophical Society and her belief in it).

END_OF_DOCUMENT_TOKEN_TO_BE_REPLACED

AYFKM? It’s NOT About The Birth Certificate or The Religion

If I have to listen to one more conservative talk radio host and/or conservative guest talk about the birth certificate as a ‘right-wing conspiracy’ (Sean Hannity/Sarah Palin) in regards to Barry’s ‘paste my birth certificate to my forehead’ comment, I think I may just have to start drinking again!  Chairman ‘the international bankers and the UN own my playboy a**’ Zero keeps bringing it up to make everybody ‘look at the right hand’ while he is bitch-slapping you with the left.  It doesn’t matter where he was born, HE ISN’T ELIGIBLE TO BE PRESIDENT OF THE UNITED STATES.

When Barack Hussein Obama, Jr. (?) was born on August 4, 1961, his mother was an American citizen and his father was a BRITISH SUBJECT giving the guy running our country right off the rails dual citizenship as a BRITISH SUBJECT and an American Citizen.  We don’t even have to go into his move to Indonesia and supposed adoption by an Indonesian citizen.  Stop!  Do not pass GO; do not collect the White House!

Obama states he was born in Honolulu, Hawaii. If that is the case, he was then both an American citizen and a British citizen at birth because his father was a citizen of the protectorate of British East Africa. Because the region had, in 1961, not yet declared its independence from Great Britain, Obama was, like his father, a British citizen under Section 32(1) of the British Nationality Act of 1948. Both Obama, Sr. and Obama, Jr. then automatically became citizens of Kenya when that independent nation was formed in 1963. Obama’s British/Kenyan citizenship automatically expired when he turned age 21, but he was born with dual citizenship and split loyalties, and thus was arguably not a natural born citizen of the United States. [219, 258, 492, 549]

Bambi was a British Subject at birth; freakin’ case closed!  As for being a muslim; who freakin’ cares?  Isn’t what he has done to our Constitution, our liberties, our healthcare, our economy, our banks, our car companies, and our border security enough?  Do you seriously think that Obama as a muslim is more dangerous than Obama as a MARXIST REVOLUTIONARY with a democratic majority in the House and dozens of Czars?  SERIOUSLY?

(This writer now believes that Beck has definitely figured out that global progressives are wrecking America, but I’m still waiting patiently for him to catch up to the entire United Nations agenda to collapse America. I’m not holding my breath, and yes, I’m going to keep hammering Beck until he tells the entire story.)

Glenn starts out this broadcast with the Missouri vote to reject Obamacare, and flows into the sameness of the two major parties; Progressives on Steroids (D) and Progressives Lite (R).  Glenn also dances around the luciferians which leads me to believe that he may actually be starting to understand the scope of the problem and the many different agendas involved.  If you have not read Carroll Quigley’s ‘Tragedy and Hope’ yet, here’s a quote that may get you more involved and also explains why libertarians are not loons on the fringe.  Who actually is the loon when both parties are taking your money and just spending it differently?

The argument that the two parties should represent opposed ideals and policies…is a foolish idea.  Instead, the two parties should be almost identical, so that the American people can throw the rascals out at any election without leading to any profound or extensive shifts in policy.  Then it should be possible to replace it, every four years if necessary, by the other, which will be none of these things, but will still pursue, with new vigor, approximately the same policies.

END_OF_DOCUMENT_TOKEN_TO_BE_REPLACED

Allen West Responds To “How Will You Heal Us?”

A woman states that she is very emotional about the country being ripped apart by the pResident and his crew, that it isn’t right, and then she asks Lt. Col. Allen West, “what will you do to heal us?”.

Can We Say Racist Out Loud?(UPDATED: Helen Retires)

In the world of political journalism, it’s the end of an era: Helen Thomas has retired just months shy of her 90th birthday.

The longtime White House journalist has covered ever president since Dwight Eisenhower and broke several barriers for female journalists but stepped down from her latest role — a columnist for Hearst Newspapers — in the wake of controversial remarks made in late May about the need for Jews to “get the hell out of Palestine” and return to Poland and Germany.

“Helen Thomas announced Monday that she is retiring, effective immediately,” read a statement from Hearst Newspapers on Monday. “Her decision came after her controversial comments about Israel and the Palestinians were captured on videotape and widely disseminated on the Internet.”

Thomas said in a statement that, “I deeply regret my comments I made last week regarding the Israelis and the Palestinians. They do not reflect my heart-felt belief that peace will come to the Middle East only when all parties recognize the need for mutual respect and tolerance. May that day come soon.’’

The decision to retire came as Thomas faced rebuke from nearly every corner after video of her remarks during an interview with RabbiLive.com’s Rabbi David Nesenoff emerged online late last week.

Somebody with kindasortabackbone…Helen Thomas’ agency.  About freakin’ time…it only took what, 3 days, for somebody to call the real racist out on the carpet.

Thomas gets dropped by agency

Nine Speakers, the agency that represents Helen Thomas, has dropped her as a client. This comes in the wake of controversial remarks on the Middle East.

The notice, obtained by POLITICO:

It is with a heavy heart that Nine Speakers, Inc. announces its resignation as the agent for Helen Thomas, Dean of the White House Press Corps.

Ms. Thomas has had an esteemed career as a journalist, and she has been a trailblazer for women, helping others in her profession, and beyond.

However, in light of recent events, Nine Speakers is no longer able to represent Ms. Thomas, nor can we condone her comments on the Middle East.

Nine Speakers will continue to enthusiastically represent all of our other current and future clients.

Meanwhile, on a totally unrelated note, the Hang Seng is down almost 448 points as of this writing. Just cannot wait to see what NY has been up to when I take a break from trying to sleep.

The liberal left, tool of the progressive globalists, has found their “one size fits all” attack; the race card. For over a year, tea party patriots have had the ‘honor’ of being called racists at every turn, and with Dr. Paul’s win Tuesday night, his candidacy is the bullseye because of his Constitutional stance and his Tea Party backing.  Dr. Rand Paul is now the poster child for the Tea Party Movement as Scott Brown only could hope for in his dreams.

Before you get all bent out of shape, remember what the federal government has actually been charged with doing, and how far off the reservation the administrations of the past 120 years have gone.  Dr. Paul isn’t a racist, the left just wants to paint the Tea Parties in that light in hopes of stopping the electoral bleeding to come.

END_OF_DOCUMENT_TOKEN_TO_BE_REPLACED 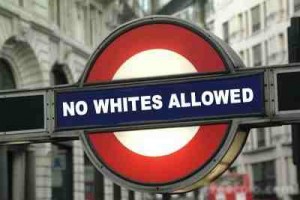 AYFKM? In The Post-Racial Obama Era

ALBANY (CBS) ― It looks like the circus and childish antics are rearing their ugly head once again in Albany.

It started as an angry blow-up, and then it escalated. A state senator with a history of anger management issues says his race-based rant was part of his fight against the “evil of white supremacy.”

Brooklyn State Senator Kevin Parker is a well-documented hothead, and on Wednesday he took to the airwaves to unapologetically defend his latest shouting match.

END_OF_DOCUMENT_TOKEN_TO_BE_REPLACED

Andrew Breitbart speaking at the Searchlight Tea Party on Saturday about the Democrat Party trying desperately to marginalize ‘the juggernaut’ of the tea parties and the $100 Grand he has offered for proof of our racism.

On a totally related and racist note:

The Rage Is Not About Health Care

In fact, the current surge of anger — and the accompanying rise in right-wing extremism — predates the entire health care debate. The first signs were the shrieks of “traitor” and “off with his head” at Palin rallies as Obama’s election became more likely in October 2008. Those passions have spiraled ever since — from Gov. Rick Perry’s kowtowing to secessionists at a Tea Party rally in Texas to the gratuitous brandishing of assault weapons at Obama health care rallies last summer to “You lie!” piercing the president’s address to Congress last fall like an ominous shot.

If Obama’s first legislative priority had been immigration or financial reform or climate change, we would have seen the same trajectory. The conjunction of a black president and a female speaker of the House — topped off by a wise Latina on the Supreme Court and a powerful gay Congressional committee chairman — would sow fears of disenfranchisement among a dwindling and threatened minority in the country no matter what policies were in play. It’s not happenstance that Frank, Lewis and Cleaver — none of them major Democratic players in the health care push — received a major share of last weekend’s abuse. When you hear demonstrators chant the slogan “Take our country back!,” these are the people they want to take the country back from. (emphasis mine)

The only people that notice the color of a person’s skin, yet not the content of their character are the progressive liberal left.

Barack Obama, Nancy Pelosi, Sonja Sotomayor and Barney Frank have shamed us all of us in front of God and the world – not because of ‘what’ they are, but because of  ‘what’ they believe.

November should be interesting.