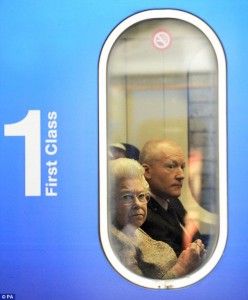 I Want To See The Obamas Do This…NEVER HAPPEN!

Want to see true leadership and grace under pressure, and economic hardtimes?  You will not be seeing anything like this from the Obamas who must make take separate airplanes, and make double trips to Oslo and Norway.

There was a buzz at King’s Cross this morning as platform 11b began crawling with police.

Could it be a drug bust, the crowd wondered? Or was a rock star about to board a train?

Then a small lady in a headscarf appeared, a handbag on one arm and a posy on the other.

Fellow passengers on the 10.45 First Capital Connect service to King’s Lynn couldn’t quite believe their eyes as the Queen stepped on board a first class carriage. 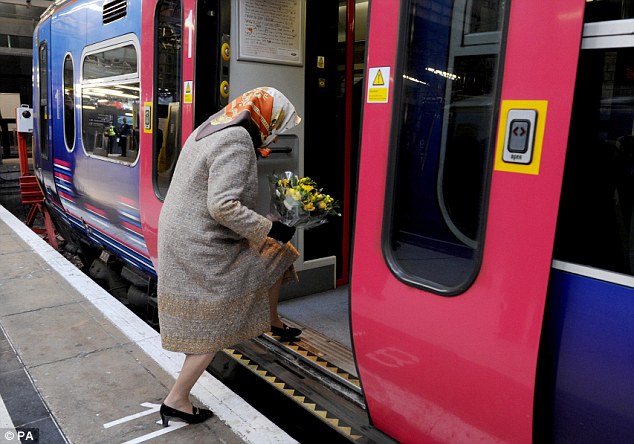 Asked by a passenger, one security guard confirmed that the Queen – and all her attendants – had bought tickets for the journey.

A first class open return bought on the day costs £86, but the guard joked: ‘It was probably a super saver advance – and she does get a discount as an OAP, remember.’

An advance first class ticket, without the seniors’ discount, costs £44.40. 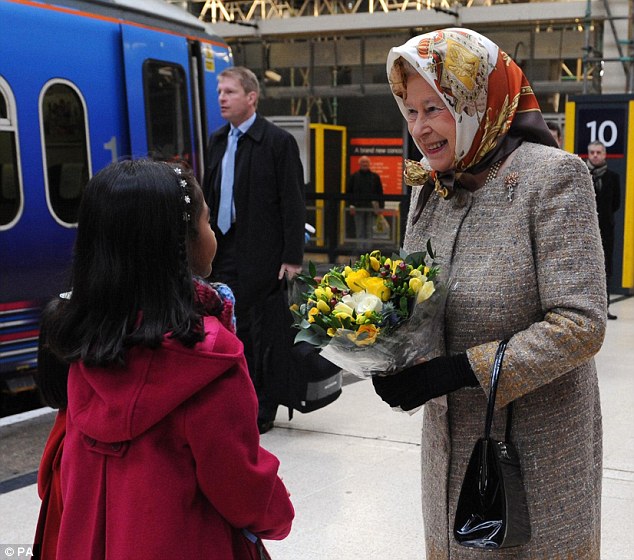 A Buckingham Palace spokesman added: ‘Members of the Royal Family, including the Queen, frequently use scheduled train services.

‘We have to look at issues such as cost effectiveness and security but do try to when it is appropriate.’

The Queen does, of course, also have use of the Royal Train – but that costs taxpayers £57,142 each time it is taken out of its sidings.

How many millions does it cost us when the dictator-wanna-bes (and human and mechnical entourage) fly to New York for a Broadway show, or Oslo for the Nobel, or Copenhagen for the Olympics and ClimateSham?