Recovery Summer from RightChange on Vimeo.

Rangel Out, Stark In

That silver lining to the storm cloud is becoming more and more evident each and every day as the Obama administration and the democrat controlled Congress flail away trying to keep from being tossed overboard in choppy seas.  They brought this on themselves, and a word to the wise, it is only going to get worse for them as we get closer to November.  Another bright spot?  The flailing shows even more chinks in their armor, and more opportunities to expose their corruption.

The democrat power base is corrupt starting from Pelosi’s “the CIA lied” to Rangel’s tax problems and Caribbean trip reimbursements, to Obama’s stance against reconciliation in 2005 and now for it to allow Obamacare passage through the Congress.  It should be interesting to see what bloggers dig up on Rep. Pete Stark (D-CA).

The decision was made during a Wednesday morning leadership meeting following Rangel’s announcement that he would temporarily step aside as chairman of the Ways and Means Committee, the aide said.

Rangel (N.Y.) had come under growing pressure in the wake of several ethics investigations, and he faced a vote Wednesday on a GOP-backed privileged resolution to force his ouster.

GOP lawmakers said they still intended to go forward with the resolution, saying Rangel’s “temporary” withdrawal as chairman was not good enough.

Before Rangel’s announcement, the resolution appeared to be attracting enough Democratic support to win approval.

In Stark, Pelosi is picking a fellow Californian to head one of the House’s most powerful committees. Stark becomes the sixth House Democratic chairman from the Golden State.

Stark is next in line for the post in seniority, but his maverick personality had led some to question whether he would get the gavel even on a temporary basis.

The 19-term Democrat has a penchant for making controversial remarks. In 2003, Stark challenged then Rep. Scott McInnis (R-Colo.) to a fight during a Ways and Means Committee hearing, calling him “a fruitcake.” He also said in 2007 that President George W. Bush was amused by the heads of U.S. soldiers getting blown off. Pelosi condemned the remarks and Stark subsequently apologized on the House floor.

Picking Stark, an atheist, was “not without problems” for leaders and potentially for the caucus, according to a Democratic leadership aide.

But every scenario that involved anything other than a direct passing of the gavel to Stark — in accordance with standing House rules — would have brought the Steering and Policy Committee and very likely the full caucus into the mix, potentially for votes for and against certain members. This was exactly the situation that House leaders wanted to avoid heading into Wednesday, aides indicated.

I found this video from August, 2008 to be rather interesting:


The national debt is an indication of the wealth of the country. The more we owe, the wealthier we are.

John Boehner: Healthcare Is Not Dead

I know we have numerous issues to keep an eye on including the new $3.8 Trillion budget coming out, but ‘zombie’ healthcare is NOT DEAD yet, and we must keep one eye on congressional dems and RINOs.  The fascist healthcare reform bill being put forward must not be allowed to pass. 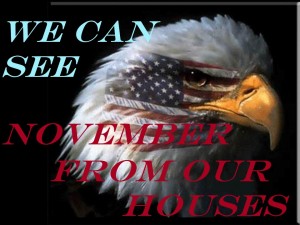 An Open Letter To Democrat Politicians.  No words necessary. Enjoy!

UDPATE: Patriots have a message for the Republicans also.

America Rising, Part 2: A Message For The Republicans

YT yanked the sound for the above video so I put it on MRCtv.org: