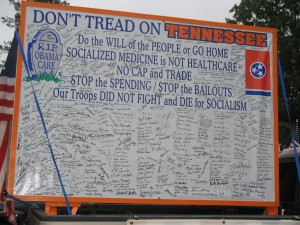 Anybody see this headline in the NY Times this evening?

What the MSM is not covering, and it is no surprise, is the Mother of All Tea Parties – The Patriots March on Washington D.C.  At this point, Jeter’s record is of NO FREAKIN IMPORTANCE! Sorry Jeter…

Here is the opening salvo:

This full size placard with signatures was on this truck: 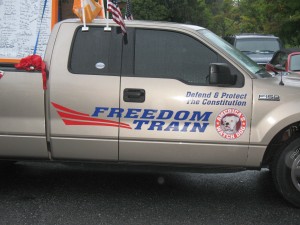 …and this truck was outside Walter Reed Hospital with hundreds of patriots supporting the troops. 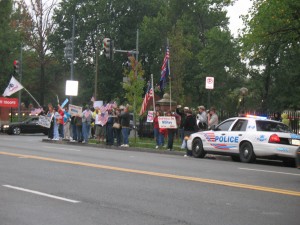 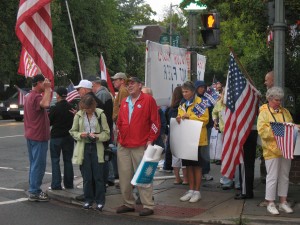 After Walter Reed, The Dame, DrKate, myself, and 2 fellow patriots (from Atlanta and Chicago) road over to the Grand Hyatt to meet the Tea Party Express bus and found the streets lined with patriots waiting for the bus to arrive.  I estimate (conservatively) 500 people milling around, and I watched Washington insiders walking down the sidewalk with their mouths hanging open.

I also found this 89 year old great-grandmother (domestic right wing extremist terrorist) waiting for the bus with her daughter and granddaughter. 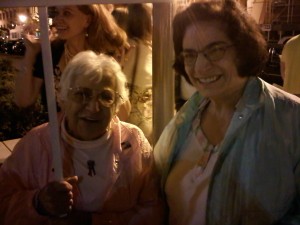 We told the government that we were coming and that we wanted them to get the hell out of our way! Tomorrow, in just a few short hours we will see if the 2.5 million estimate is correct.

The quiet untelevised revolution has begun.  We are now all community organizers and it is up to you to let your neighbors know that it is okay to come out of the closet.  I met people from almost every state this evening, and most of the patriots have not yet arrived. 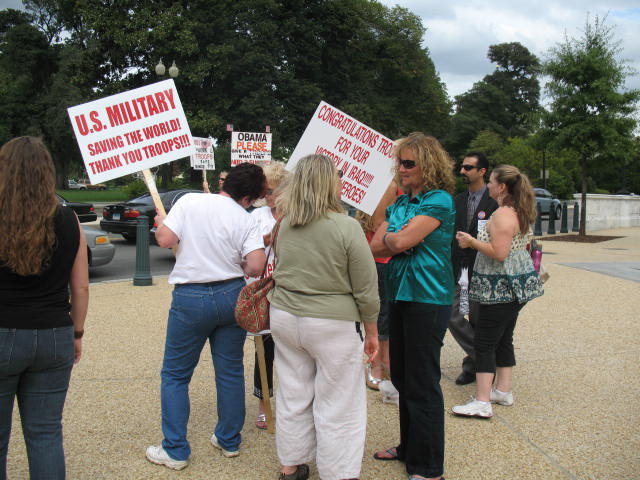