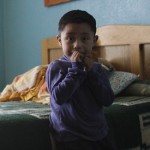 END_OF_DOCUMENT_TOKEN_TO_BE_REPLACED

I am sure you are curious as to why that is? The exact quote from Mauricio Hernández, deputy minister for disease prevention and health promotion in Mexico’s Federal Department of Health, “The only reason the samples went first to Winnipeg is because the paperwork is easier. We were in a rush,” Hernández said.  Our government at work; aren’t you pleased?  Except this is not the Post Office where mail goes missing, this is the CDC we are putting our faith and trust in to protect us and our children.  Who knew we had one more agency we would have to watchdog?

Canadian Officials Knew of Rare Strain Before Americans Did

U.S. public health officials did not know about a growing outbreak of swine flu in Mexico until nearly a week after that country started invoking protective measures, and didn’t learn that the deaths were caused by a rare strain of the influenza until after Canadian officials did.

Whether delayed communication among the countries has had a practical consequence is unknown. However, it seems that U.S. public health officials are still largely in the dark about what’s happening in Mexico two weeks after the outbreak was recognized.

Asked at a news conference yesterday whether the number of swine flu cases found daily in Mexico is increasing — a key determinant in understanding whether an epidemic is spreading — Anne Schuchat, an interim deputy director of the Centers for Disease Control and Prevention, said, “I do not know the answer to those questions.”

The earliest case found in Mexico was a 39-year-old woman who died April 12 of severe viral pneumonia in San Luis Potosi, a city of about 700,000 in central Mexico.

“That attracted the attention of the epidemiologist there,” said Mauricio Hernández, deputy minister for disease prevention and health promotion in Mexico’s Federal Department of Health.