As my readers may have noticed today, there appears to be a battle between hackers and my host.  I am just waiting for the smoke to clear to see who wins and what I will have to do if my site does actually get crashed.

Yesterday, I wrote Paging Perkins Coie, Paging Perkins Coie, STAT! because of the new Taitz lawsuit in California District Court featuring an affidavit from Lucas Smith stating that he had travelled to Kenya and obtained Barack Obama’s Kenyan birth certificate from the Coast General Hospital.

Today, a reader, Kathy dropped a link about how the DOJ has stepped in hoping to get the case thrown out.  That is some arrogance; not only do we once again get to hear we have no standing and his records continue to be sealed, but we get the privilege of paying to have a case thrown out instead of Bambi having to pay Perkins Coie (again).

The Justice Department is urging a federal court to toss out a lawsuit in which prominent birthers’ attorney Orly Taitz is challenging President Barack Obama’s Constitutional qualifications to be president.

In a motion filed Friday in U.S. District Court in Santa Ana, Calif., government lawyers did not directly rebut the conspiracy theory Taitz propounds that Obama was not born in Hawaii as he claims and as asserted by Hawaiian officials as well as contemporary newspaper birth notices. Instead, the federal attorneys argued that the suit is inherently flawed because such disputes can’t be resolved in court and because the dozens of plaintiffs can’t show they are directly injured by Obama’s presence in office.

“It is clear, from the text of the Constitution, and the relevant statutory law implementing the Constitution’s textual commitments, that challenges to the qualifications of a candidate for President can, in the first instance, be presented to the voting public before the election, and, once the election is over, can be raised as objections as the electoral votes are counted in the Congress,” Assistant United States Attorneys Roger West and David DeJute wrote. “Therefore, challenges such as those purportedly raised in this case are committed, under the Constitution, to the electors, and to the Legislative branch.”

“The injuries alleged by Plaintiff Freese and the other military Plaintiffs herein, are not  particularized as to them, but, rather, would be shared by all members of the military and is an inadequate basis on which to establish standing,” the government lawyers wrote.

The Justice Department brief takes a few shots at the wackiness of the birthers, accusing them of trafficking in “innuendo” and advancing “a variety of vaguely-defined claims purportedly related to a hodgepodge of constitutional provisions, civil and criminal statutes, and the Freedom of Information Act.”

The case is set for a hearing Tuesday morning before Judge David Carter. There’s a strong chance the session will devolve into something of a sideshow since a couple of plaintiffs in the case are now in a dispute with Taitz and have sought to bring in a different attorney to represent them in the case. 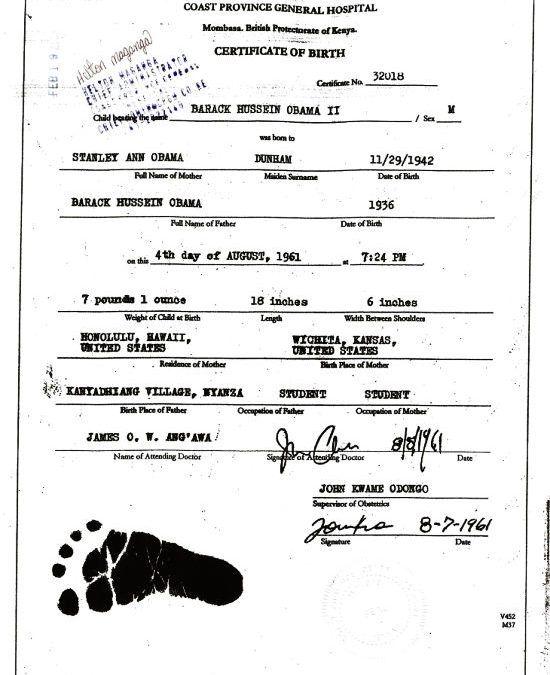 …Now where is that pesky million dollar law firm when you need them?

As of today, September 4, 2009, this Affidavit has been filed with the United States District Court in Southern California ~ represented by Orly Taitz.

This is a legal affidavit that declares Lucas Smith to be of sound mind and judgment. Lucas can go to jail if he lied on this affidavit.

The document (Certified COPY of Obama Kenyan Birth Certificate) you see here, once it is validated by the court, is pretty much the proverbial “smoking gun.” 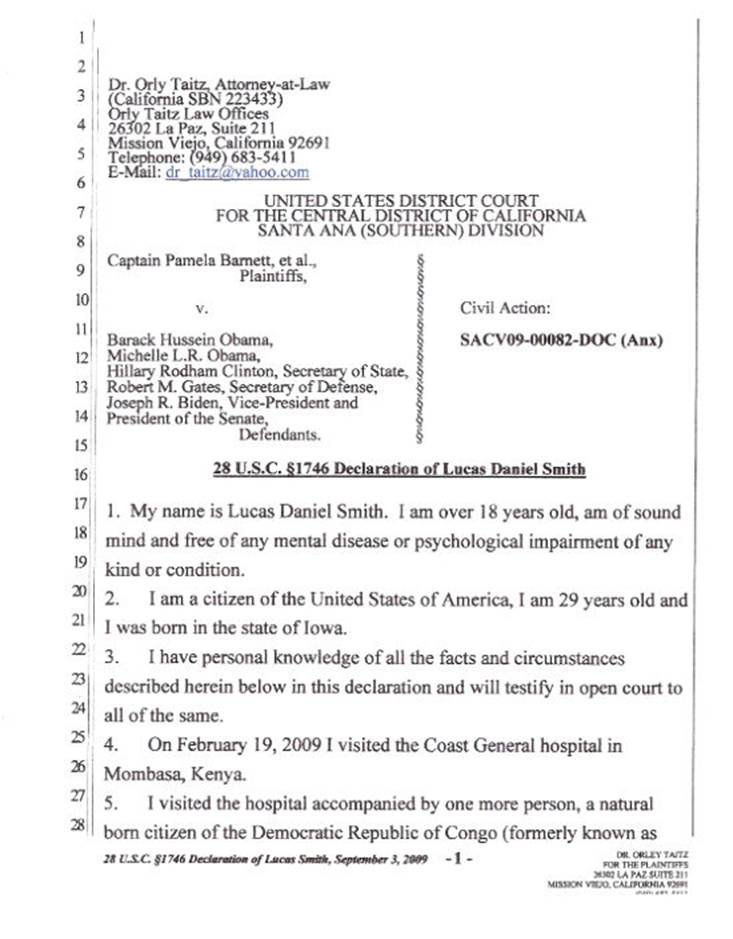 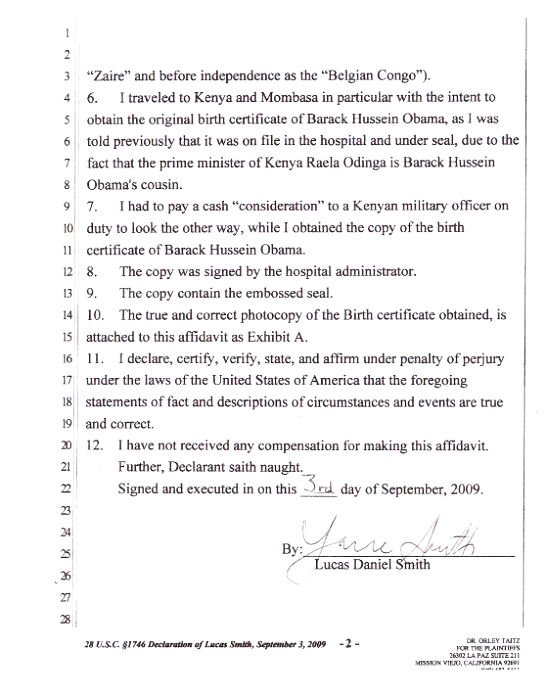 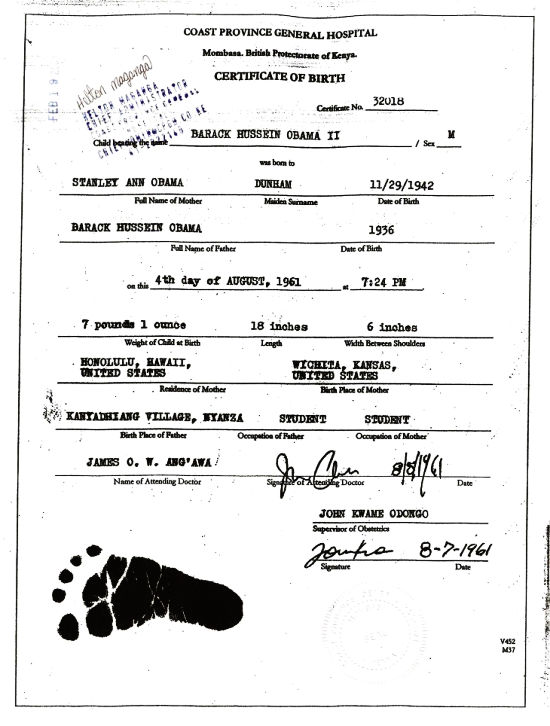