As many of you have been following the original ‘storm the capitol’ post, I am starting a new thread for post rally comments from attendees and videos of the rally as they become available.  Anyone that has video or photos that they would like to have posted, please email me at diamondtiger12 at gmail dot com.  – Mahalo, Diamond.

Okay – this is completely, well somewhere off the beaten path…here is a video from a decidedly left organization (Talking Points Memo) with this title:

Do all those little old ladies and grandpas look unruly to you? Do we know exactly why that man is on the ground? Is he really being arrested for unlawful entry? Now the second half of the title: “Capitol Police Arrest Tea Partiers For Unlawful Entry”.

Here are the liberal left (NOT TEA PARTY PATRIOTS) moonbats that were arrested in Sen. Lieberman’s offices:

Lots of protesting going on. Yes/No, Tea Party Patriots have been arrested – I think – all reports are coming from Talking Points Memo and I am looking for confirmation not based on their reporting.

This appears to be the story that TPM seems to be basing it’s TPP arrests on as it is linked into this story by Memorandum:

As thousands of activists converged on the lawn of the Capitol for a midday rally against Democrats’ health-care reform legislation, Capitol Police arrested nine protesters Thursday morning in the Hart Senate Office Building.

The protesters were arrested about 10 a.m. on the seventh floor of the Hart Building and were charged with unlawful entry, a Capitol Police spokeswoman said.

“They were inside an office and didn’t leave,” Sgt. Kimberly Schneider said.

Saturday (“My Head Is Going To Explode”) Open Thread

Monster readers: my poor noggin is about to explode and I am looking for that last roll of duct tape I have hiding hereabouts.

That being said, please feel free to use this post today as an open thread to leave comments, tips and links for myself and each other.  Who has the latest on Major Garrett and the White House, or Geico’s lunacy?

I am chasing down a bill “without text” as of yet, but the hunt is rather intense.  I gotta stop swearing at my computer.  Also, anybody spent anytime reading the Senate’s version of the healthcare bill?  I am perusing it, but we already know this is strychnine and that whatever they try to shove through is going to be vastly different, but it is still a good idea to read these bills! 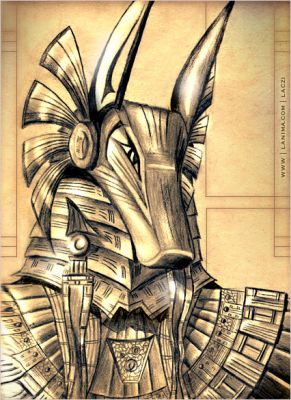 Ladies and Gentlemen, this is the very first open thread that the Monster has laid out for your consideration. Please take a moment and leave your thoughts about the statements to follow or something more pressing if it strikes your fancy.  I must say that The Borg Collective has not been hanging around as much as usual, and that is something everyone can rejoice about.  Here are the topics of discussion if you so choose to jump in and give us the truth – the courageous, unadultered “What Do You Really Think” truth!…no holds barred, feel free to get it off your chest.

Have at it folks….I’ll be around repairing the sidebars and working the IE problem.  I want to congratulate American Genie for stepping out of his/her comfort zone and switching to Firefox!