(Editor’s Note:  Part 1 of George Soros the PuppetMaster can be found here.)

Once again, not much new information for regular readers, but a little bit more background on the blue print for collapse that George likes to use.  This particular show goes in depth on the five step strategy to collapse and then gain an ‘open society/globalist’ control of a government using Van Jones’ own words and the example of Czechoslovakia at the end of WWII.

Your wish for American sovereignty is a thorn in George’s side as he believes that the United States is the single greatest obstacle to a global ‘open society’ because the world’s economies have been globalized but politics are still about state sovereignty.  Yes you, America, are the problem; and we surround them.

Soros also wants his foundation network to be the conscience of the world because he believes the world currently lacks one.  For regular readers, the moment Beck unrolls the lengthy scroll of the names of those very foundations (Part 2, 11:00 mark), I guarantee you will appreciate the visual impact for all those people in the world that DO NOT know about Soros and his tentacles. Also, I am sorry to say that Beck has missed a key point of the Institute for Policy Studies pushing Obama to sign as many executive orders as possible; the point he does not cover is that the Institute is going to be writing and presenting them to Chairman Zero.

END_OF_DOCUMENT_TOKEN_TO_BE_REPLACED 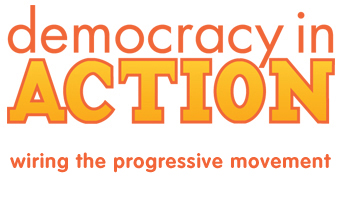 George Soros Behind The Coffee Party?

It really doesn’t matter whether George is or not; one of the organizations he supports has donated to The Coffee Party.  Is this an astroturf campaign more than a year after millions of regular Americans got up off their couches and pushed their kitchen chairs back?  More than likely.  Will it matter in the long run?  Definitely not because there are still more people in this country that remember the Declaration of Independence and Constitution, and what they stand for than there are people that are busy rewriting history to achieve the “collective greater good”.  To borrow a phrase from the Red Lemur, “Communism Kills, Capitalism Builds”.

I watched the above video and of course, did some investigating. (The Video has been removed from YouTube).

I have included a few questions from the Coffee Party USA’s own website.  There are more if you want to do a fly-by, but these were the relevant ones.

Q: What is Coffee Party USA’s affiliation with Democracy in Action and Wired for Change?

Democracy in Action and Wired for Change are vendors that offer Internet (CRM) services. When our Facebook fan page began to grow very rapidly, we realized that we needed a website. Democracy in Action, Salsa, Wired for Change, and Spherit technologies were all donated to us by their respective vendors. As a grassroots movement with no initial operating budget, we have relied on services, volunteer hours, tools, and expertise donated by a variety of individuals and organizations.

So who is Democracy In Action?  If you want to double check this quote, you will have to Scroogle their site because I definitely am not linking to them.

Through DemocracyInAction, nonprofits have access to a special Salsa configuration built specifically for the progressive nonprofit community.

DemocracyInAction, a 501(c)3 nonprofit organization itself, believes technology can be a decisive force for social change. We exist to empower those who share our values of ecological and social justice to advance the progressive agenda.

Ever wonder why you don’t see Google ads or super conservative ads on this site?

Remember the progressive mantra; “the ends justify the means”.