Yes, yes, yes….I AM paying attention but am busy working on the rabbit hole story.  For those sending emails with links…keep them coming, and for those that need to know about something other than the Obama/Boehner golf game, Bachmann and glitter, and Jon Stewart – hit the links below: END_OF_DOCUMENT_TOKEN_TO_BE_REPLACED

Recovery Summer from RightChange on Vimeo. 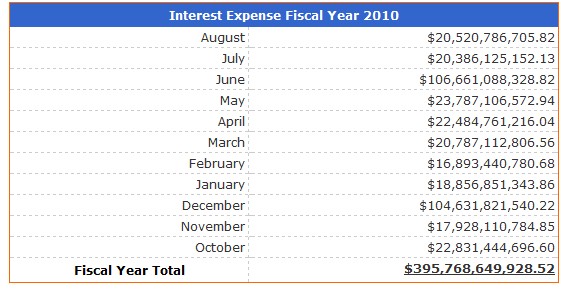 END_OF_DOCUMENT_TOKEN_TO_BE_REPLACED

The Department of Justice has fired a salvo in the war against patriotic Americans supporting the Constitution and the Bill of Rights. The DOJ has issued Investigating Terrorism and Criminal Extremism –Terms and Concepts, a 120-page propaganda addendum described as “a glossary designed primarily as a tool for criminal justice professionals to enhance their understanding of words relating to extremist terminology, phrases, activities, symbols, organizations, and selected names that they may encounter while conducting criminal investigations or prosecutions of members of extremist organizations.”

For more on the DOJ glossary, see Department of Justice Lists Constitutionalists in Extremism Guide. A PDF of the glossary is available here.

Make sure to go over to InfoWars and read the rest, and check out the related links below.

Do You Think Obama And The MSM Are Dizzy Yet?

How can the Obama Regime (possibly) put forward lies about who attacked whom near the Gaza Strip, and how can the NY Times print such lies and not be sued by the Israeli Government?

“The officials say that Israel’s deadly attack on a flotilla…”

Did officials inside the Obama Regime actually say this or is the NY Times making sh** up again?

Watch the video and decide for yourself who was being attacked.  (I am so sick of these criminals; i.e. the White House and Sestak, Romanoff, Blagovich, and the Times’ bashing of Palin).  Gateway Pundit has the story of this video broken down.

Back to the Lame Stream Media in all it’s ‘burning to ashes’ glory.  Let’s all just assume that this is a true story.

WASHINGTON — The Obama administration considers Israel’s blockade of Gaza to be untenable and plans to press for another approach to ensure Israel’s security while allowing more supplies into the impoverished Palestinian area, senior American officials said Wednesday.

Another approach?  Like the one Israel just tried with bringing in humanitarian aid and Hamas stopped?  Like Obama really gives a hoot about what happens to Israel, AND HAS ANY SAY IN IT!  This guy has such delusions of grandeur, it ain’t funny.  Has anybody told this guy yet that he will not be going down in history for anything positive and of substance?  Don’t nobody mention Obamacare…

The officials say that Israel’s deadly attack on a flotilla trying to break the siege and the resulting international condemnation create a new opportunity to push for increased engagement with the Palestinian Authority and a less harsh policy toward Gaza.

Everybody should know that Israel was put in a ‘damned if you do and damned if you don’t’ political situation.  Even Egypt tried to stop this flotilla because they happen to have ring-side seats and know what’s going on.

“There is no question that we need a new approach to Gaza,” said one official, who spoke on the condition of anonymity because the policy shift is still in the early stages. He was reflecting a broadly held view in the upper reaches of the administration.

“They need a new approach”?  How about kicking the terrorists out of Gaza so normal people can get on with their lives on both sides?  How ’bout that?