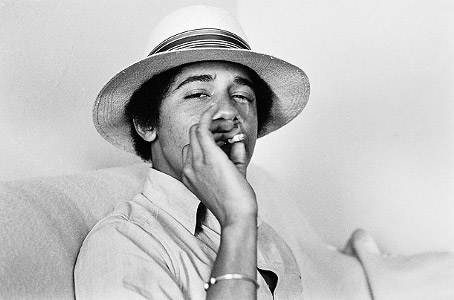 AYFKM?! Obama To Dems: Save Me!

This is what happens when a stoner who has no sense of personal responsibility, and who has spent his entire life riding on the work of others gets hit by stone cold reality.   This fraud, who chased the dream of making history with no inkling of what it would take, and who started his march for the Oval Office by knocking Alice Palmer off the ballot is now playing the ‘save my presidency’ card?  STFU!  Stop Whining!  Did Michelle tell you that it would be all champagne wishes and caviar dreams?  I do believe that Barry Soetoro miscalculated the type of history he would be making, and the true spirit of the majority of Americans.  We don’t like fascists, whiners, or liars.

I know you are as sick of the whiner-in-chief as I am, and wish he would just cry uncle and let a grown up like Jim DeMint, Paul Ryan or Thaddeus McCotter take over.  (I would list some dems but there aren’t any with half a freakin’ brain or a spine right now).

Unfortunately, we have front row seats to watch this particularly fascist presidency go down in flames, and then try to regain some kind of composure with each other and the rest of the world after Bahana Obama and Nancy Pelosi do their utmost to completely rend the Republic asunder.

President Obama’s pitch: Fate of presidency on the line

President Barack Obama had exhausted most of his health care reform arguments with members of the Congressional Hispanic Caucus during a White House meeting last Thursday when he made a more personal pitch that resonated with many skeptics in the room.

One caucus member told POLITICO that Obama won him over by “essentially [saying] that the fate of his presidency” hinged on this week’s health reform vote in the House. The member, who requested anonymity, likened Obama’s remarks to an earlier meeting with progressives when the president said a victory was necessary to keep him “strong” for the next three years of his term.

Added Serrano: “He was subtle, but that was the underlying theme of the meeting — the importance of passing this for the health of the presidency.”

White House officials said Obama’s recent remarks aren’t intended to personalize the debate or rally undecided Democratic members with an egocentric, “win one for Barry” message. They said Obama’s point is to hammer home the idea that all Democrats would benefit from a health care win and that the party’s larger policy agenda would be damaged if the president were to lose.


My closing thoughts for the Usurper-in-Chief would be, “Shut the F*** Up and get to work on your resignation letter!”

On the lighter side, God has to be watching over us, or it could be a whole hell of a lot worse than it is right now.

Bad Behavior has blocked 2387 access attempts in the last 7 days.