This writer absolutely has to disagree with Beck’s assessment that the ‘perfect storm’ has just come ashore.  Rather, IMHO, we are currently sitting in the still air of the eye of a Category 10 Financial Hurricane with the more dangerous backside about to hit us.   And yes, the Federal Reserve is still protecting the banks to the detriment of producers.  Please keep that perspective in mind as you watch Beck today.

(Subsequent segments will be added as they become available.)
END_OF_DOCUMENT_TOKEN_TO_BE_REPLACED 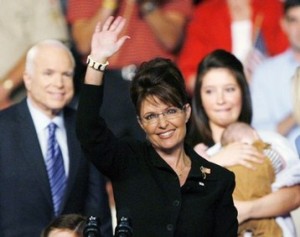 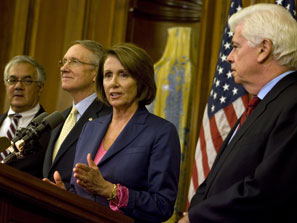 It is 12:40 am Pacific time and I am watching the Asian markets drop like a rock and reading articles about European banks being nationalized because our Congress did not get the job done before the Asian Markets opened bolstering some kind of confidence in the markets.

The Asian and Europeans markets are off 1-2% as of this writing.  If you want to watch it happen, go here.  Click on “for the text version of this page, click here” to give you streaming text of what each tabbed region is currently doing.

According to Reuters in a story titled Bailout Vote Nears As Crisis Hits Europe Banks:

As investors around the world hung on every twist and turn in Washington, Belgian-Dutch group Fortis was nationalized and British mortgage lender Bradford & Bingley faced the same fate.

Fortis is the first major European bank to buckle under the financial turmoil triggered in August last year by U.S. mortgage defaults, and an early relief rally in markets at news of progress in Washington soon fizzled out.

Stock markets in Japan, South Korea and Hong Kong all retreated 1-2 percent, giving up initial gains led by financial shares. U.S. stock futures pointed to a drop at the opening bell as did European stock futures.

“It’s definitely moving toward Europe,” said Joseph Kraft, head of Japan capital markets at Dresdner Kleinwort. “It’s the beginning of the end and a necessary step, so we should see more institutions nationalized, absorbed or going into default.”

The latest upheaval will only worsen the severe strains in money markets as financial firms have all but stopped lending to each other, partly as they prepare to close their books on the third quarter on Tuesday, analysts said.

In a sign the credit crisis was spreading, the Belgian, Dutch and Luxembourg governments nationalized financial group Fortis after European Central Bank President Jean-Claude Trichet held emergency talks with government officials over the fate of one of Europe’s top 20 banks. (Make sure to click on credit crisis above and scroll down to the “U.S. Bailout Breakdown” showing the breakdown of 1.8 Trillion (700B is the start).


The governments agreed to inject 11.2 billion euros ($16.4 billion) into the banking and insurance company, which has 85,000 staff worldwide.

In London, regulators were also preparing to nationalize troubled mortgage lender Bradford & Bingley and Spanish bank Santander was in talks to buy its retail deposits and branch network.

In Germany, Hypo Real Estate struck a last-minute deal with a consortium of banks to resolve a financing squeeze, saying the credit facility was sufficient to cover its capital needs well into the future.

The U.S. banking system also faced more upheaval. Wachovia Corp is in talks with rivals to be taken over, sources familiar with the situation said on Sunday.

Citigroup Inc is among the parties in talks with Wachovia, the two sources said, and one source said Wells Fargo & Co was also in discussions.

This is probably what Paulson got down on his knees for last week at the White House.  He knew this was coming if the Dems and Republicans could not get their act together and get this bill passed before the Asian Markets opened.  It is a Global Economy after all.

Since I started writing this post the Hang Seng  has dropped another 2% in 17 minutes.  I am hoping that our market holds this morning or someone steps in and shuts it down before it implodes.

Oh hell, cruised around for more data for this article and the Hang Seng is down another 1% in the following 10 minutes.  The European markets are in worse shape; 2-4% loss across the board.

The crash I am historically watching in real time is due to the myopic vision of our Congress who obviously does not understand economics very well.  I know that they are making an effort to look like they are protecting the American Taxpayer, but at what cost?  What is the NYSE going to do in a few hours?  Everybody better start praying…