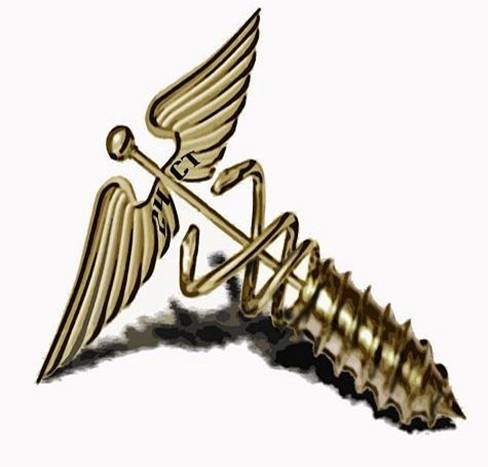 Michael Bennet (D-CO), Kirsten Gillibrand (D-NY), Sherrod Brown (D-OH) and Jeff Merkley (D-OR) have signed a letter to Harry Reid asking for a public option to be brought before the full Senate under budget reconciliation rules because it will save BILLIONS according to CBO projections.  How often has the government been right about their projections, and what is $25 Billion compared to the trillions of red ink we are now buried under?

Correct me if I am wrong, but doesn’t his terminology suggest that a reconciliation package is already in the works even though the White House is doing the dog and pony, health care show on the 25th?  These are Bennet’s words, not mine.

And if that doesn’t work, we will be looking at Obamacare through the signing of a presidential executive order, right?

Lord help us make it to November…

Bennet has written a letter to Senate Majority Leader Reid and is circulating it for additional signatures. In the letter, Bennet highlights findings from the non-partisan Congressional Budget Office (CBO) that said a public option could yield cost savings of at least $25 billion. Bennet also pointed to the fact that a public option would provide Americans with a low-cost alternative to private insurance and improve market competitiveness.

In addition, the letter noted that there is substantial Senate precedent for using reconciliation to enact important health care policies, including the Children’s Health Insurance Program (CHIP), COBRA, and Medicare Advantage.

“Too many people in Washington believe that just saying you are for health care reform is a substitute for actually getting something done,” said Bennet. “While some choose to stall progress under the pretext of principle, more and more Americans are losing the health care coverage they need. Coloradans deserve better than political leaders who care more about the special interests than the people we’re supposed to represent. They deserve a Washington that is more concerned about the thousands of dollars being lost by families struggling to pay for coverage than the millions being spent by special interests intent on stopping reform in its tracks.”

In the letter, Bennet also pointed to widespread public support for a public health insurance option as evidence that the American people see it as an essential component of health care reform that lowers costs and improves the quality of care.

Late last year, before voting in favor of the Patient Protection and Affordable Care Act, Bennet criticized the backroom deals, delay tactics and political posturing that led to the removal of the public option in health care reform.

The full text of the letter to Senate Majority Leader Reid is included below:

We respectfully ask that you bring for a vote before the full Senate a public health insurance option under budget reconciliation rules.

There are four fundamental reasons why we support this approach – its potential for billions of dollars in cost savings; the growing need to increase competition and lower costs for the consumer; the history of using reconciliation for significant pieces of health care legislation; and the continued public support for a public option.

A Public Option Is an Important Tool for Restoring Fiscal Discipline.

Are You Freakin’ Kidding Me? Fiscal Discipline and Congress in the same breath? Really?????

As Democrats, we pledged that the Senate health care reform package would address skyrocketing health care costs and relieve overburdened American families and small businesses from annual double-digit health care cost increases. And that it would do so without adding a dime to the national debt.

We know what your pledges are worth; ‘for it before you were against it’.

The non-partisan Congressional Budget Office (CBO) determined that the Senate health reform bill is actually better than deficit neutral. It would reduce the deficit by over $130 billion in the first ten years and up to $1 trillion in the first 20 years.

These cost savings are an important start. But a strong public option can be the centerpiece of an even better package of cost saving measures. CBO estimated that various public option proposals in the House save at least $25 billion. Even $1 billion in savings would qualify it for consideration under reconciliation.

Put simply, including a strong public option is one of the best, most fiscally responsible ways to reform our health insurance system.

A Public Option Would Provide Americans with a Low-Cost Alternative and Improve Market Competitiveness.

A strong public option would create better competition in our health insurance markets. Many Americans have no or little real choice of health insurance provider. Far too often, it’s “take it or leave it” for families and small businesses. This lack of competition drives up costs and leaves private health insurance companies with little incentive to provide quality customer service.

A recent Health Care for America Now report on private insurance companies found that the largest five for-profit health insurance providers made $12 billion in profits last year, yet they actually dropped 2.7 million people from coverage. Private insurance – by gouging the public even during a severe economic recession – has shown it cannot function in the public’s interest without a public alternative. Americans have nowhere to turn. That is not healthy market competition, and it is not good for the public.

If families or individuals like their current coverage through a private insurance company, then they can keep that coverage. And in some markets where consumers have many alternatives, a public option may be less necessary. But many local markets have broken down, with only one or two insurance providers available to consumers. Each and every health insurance market should have real choices for consumers.

There is a history of using reconciliation for significant pieces of health care legislation.

There is substantial Senate precedent for using reconciliation to enact important health care policies. The Children’s Health Insurance Program (CHIP), Medicare Advantage, and the Consolidated Omnibus Budget Reconciliation Act of 1985 (COBRA), which actually contains the term ‘reconciliation’ in its title, were all enacted under reconciliation.

The American Enterprise Institute’s Norman Ornstein and Brookings’ Thomas Mann and Molly Reynolds jointly wrote, “Are Democrats making an egregious power grab by sidestepping the filibuster? Hardly.” They continued that the precedent for using reconciliation to enact major policy changes is “much more extensive . . . than Senate Republicans are willing to admit these days.”

There is strong public support for a public option, across party lines.

Once again, AYFKM?  I trust Rasmussen more than the NY Times and the overwhelming opinion is that this bill in it’s entirety should be scrapped and Congress should start over. “…61% of U.S. voters say Congress should scrap that plan and start all over again.” (A little sidenote from Rasmussen, “It’s interesting to note that in a separate survey earlier this week 63% of voters said, generally speaking, it would be better for the country if most incumbents in Congress were defeated this November.”)

The overwhelming majority of Americans want a public option. The latest New York Times poll on this issue, in December, shows that despite the attacks of recent months Americans support the public option 59% to 29%. Support includes 80% of Democrats, 59% of Independents, and even 33% of Republicans.

Although we strongly support the important reforms made by the Senate-passed health reform package, including a strong public option would improve both its substance and the public’s perception of it. The Senate has an obligation to reform our unworkable health insurance market – both to reduce costs and to give consumers more choices. A strong public option is the best way to deliver on both of these goals, and we urge its consideration under reconciliation rules.

So there you have it kids.  The future is looking like the progressives are going to shove Obamacare down our throats using reconciliation….just like we knew they would.