The Monster Is One Year Old Today!

On June 18, 2008, Logistics Monster was born as a way to vent the frustrations of a moderate indie living in a blue state against the corruption in the 2008 presidential election cycle, the fawning of the American version of Pravda, and the insanity of the koolaid drinking obamanation.  What started as a journey to maintain sanity became a research roundtable of amazing minds that continue to relentlessly dig for the truth of the corruption and the web of spiders involved.

I am truly blessed that each and every day, incredibly intelligent humans visit my site and leave their wisdom for all to share, and I look forward to many years of happy posts, and fewer about government corruption.  I want to personally thank my loyal readers for sticking with the Monster through all the moves, and now the upcoming change over to a bigger server.

On January 12th, 2008, I made the decision to shut the Monster down due to spending way too much time in one particular rabbit hole and becoming worried for my family’s safety.  My spousal unit and friends talked me down and showed me the error of my decision.  What follows is the first post I wrote after my goodbye message, and after listening to Glenn Beck’s recitation of Janet Conteras’ letter, it seemed like a fitting post to celebrate The Monster’s 1st Birthday and the occasion of The Dame Truth’s new site going hot!  Enjoy!

It has been unanimous among family, friends and contemporaries that The Monster cannot stop researching, writing, and exposing the corruption that is now so blatantly thrown in our faces each day by the newsprint and the talking heads.  Is the corruption real?  A better question would be, “How many of you trust your government to walk in the light and do the right thing?”

…That is what I thought…

On New Year’s Eve I posted the first part of “America’s Economic Collapse” and the visitors started showing up.  As the series progressed, more and more people that should not care one iota about this little blog started coming by on a regular basis.  The Pentagon, Andrews Airforce Base, the Navy, the House and the Senate were already regulars because of The One’s birth certificate issue, but now the Monster was adding major banks and investment firms from all over the world; Deutsche Bank, UBS, and Lehman Bros. to name a few.  I have no idea about the blog etiquette when it comes to speaking about who visits, but when Halliburton and their subsidiary KBR showed up, I had to catch my breath and think about the safety of my family.  You see, I have not trusted our government for a very, very, long time.  I am a firm believer in actions; not words, and the actions of our government have been suspect for a very long time.

I had learned that the Council on Foreign Relations had published “Building A North American Community” in May 2005 about opening the borders and allowing people and goods to move freely between Canada, America, and Mexico.  Why then would KBR, in 2006, be awarded a $385 Million contract from Homeland Security to build detention centers for an influx of illegal Mexican immigrants?  How many of you know that the Council on Foreign Relations was started by “Fed Reserve System” guru, Paul Warburg?  How many of you know that Halliburton was started with capital from Lehman Brothers?

I could go on for days, and I guess I will be doing just that.  So….for all my “esteemed” visitors; welcome, pull up a chair and get comfortable, or uneasy as the case may be.  We still have free speech for at least a little while…

On the eve of this historic inauguration, I ask that all American Patriots watch the marketed spectacle so that the memory of the shredding of our Constitution and the distress of our Republic will remain fresh in your memories in the coming days and weeks.  After the visitors I have had, the Supreme Court’s refusal to hear the ineligibility cases, the COWARDICE of the Congress’ and Electoral Colleges’ asking for a $10 BC, and the coverup/scrubbing of The One’s past, I am more than convinced that Barack Hussein Obama/Barry Soetoro is not eligible, NOR WORTHY, to be OUR PRESIDENT, and as such, when the truth be known, we will have seen our darkest days yet.  The One is trying so hard to convince America and the World that he is real, tangible, sincere, (i.e. Lincoln Everything), yet he knows that he is not, and the blatant prostitution to win our sacred White House is evidence of his plastic Jesus insincerity.  The One is not my president and shall never be my president.  Our Country and our Constitution is NOT about one man.  It is not about the Congress or Supreme Court.  America IS us. Our Constitution is about American Citizens governing themselves and electing responsible human beings to serve the people, not sending posers to Washington, DC to do what “they think is best”.  I do not and will not support this “president”.  This one man is his policies and his cronies; nothing more.  I stand with our Constitution; I stand with American Citizens that have seen how far we have fallen because our elected officials ignored the people who have built this country, and worse still, those important pieces of paper that our Founding Fathers wrote, and then proceeded to fight and die for.

I will weep tomorrow for what has been lost, but I will also be re-energized in the belief and commitment to every American that is in love with our country and our Constitution, and who realizes that our government has gone way beyond the pale with the purchase of the presidency and just more power for a select few, and who are willing to FIRE Obama, Pelosi, Reid and the rest of the Congress for Gross Negligence against the Constitution and American Citizens.

With all of that laid out before you, I go back to my hero; the Founding Father that has given me the strength to overcome my fears and take up the pen again; Thomas Jefferson who brilliantly stated: 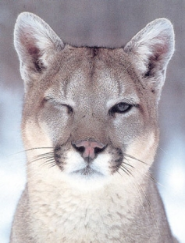 PUMA POLITICS: Irony and Justice In The Universe

I personally think there is definitely some justice in the Universe when “The Monster” was born on June 18th, 2008 on Blogger, moved to WordPress.com, and then moved here to this wonderful self-hosted site, protected and made possible by MediaTemple, and is now about to receive 100,000 hits on guess which day?  ELECTION DAY!  BWAAAAHHHHHHHHHHHHHHHHH!

There is something incredibly delicious and amazingly beautiful about a PUMA Site hitting that mark on the day the Gumby is going down in flames!

Don’t believe me; that’s fine…just remember, don’t believe the polls or the exit polls, or the MSM that is going to declare for Barack before it is even over.  I am not, and PUMAs will not be either.

I would like to thank my loyal readers and ask you to help me celebrate this “Monster” achievement in such a short time with this little video, and remind all that The Monster is going to be around for the duration investigating Nancy, Chris, Barney, etc., etc., etc….Feel free to make this song go viral today!

I Won’t Back Down!

Bad Behavior has blocked 1563 access attempts in the last 7 days.