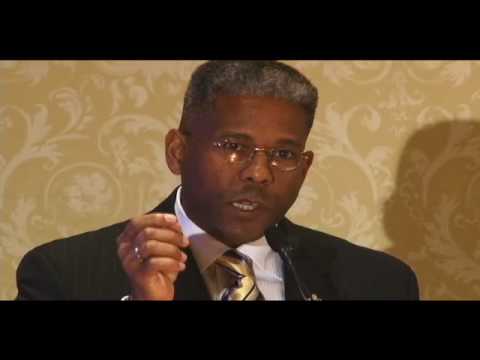 (Editor’s Note: I have shamelessly swiped this from Atlas Shrugs because more people need to read the message and understand the messenger.  His campaign site is here.)

Of Lambs and Lions

Greetings Wheels on the Road readers, fellow South Floridians, and indeed all Americans. It is time for our monthly political assessment and this one is rather personal. Last month we addressed what is at stake, and the response was the future of America. One of the factors affecting our Country right now relates to Alexander’s quote mentioned above.

Attorney General Eric Holder once lamented that America is a “nation of cowards”, that is far from the truth. The problem we have in America is that we are being led by lambs, by an effete ruling class elite. America is a nation of lions, warriors, but when we find ourselves being led by a cabal of weak, ineffective, and indecisive appeasers the result is evident.

Sure, the liberal progressives are dogged ideologues and tenacious poodles when it comes to nationalizing our production; healthcare, financial sector, energy sector, and automobile industry. They stand strong against the rule of law regarding illegal immigration. And there is no doubt no group will fight harder to redistribute wealth and turn America into a collective “balkanized” socialist Country.

However, what scares the liberals more than anything else is the “Warrior Class”. They abhor the men and women who find a commitment and conviction in believing in this Constitutional Republic and the principles which make America exceptional. This is a sentiment which over the past 30 days we witnessed being manifested from the highest office in our land, the President.

When Barack Hussein Obama made the decision to take a “vacation” back to Chicago rather than attend Memorial Day ceremonies at Arlington National cemetery that was a complete disregard and disrespect to those who gave the “last full measure of devotion”. I know, those who suffer from Bush Derangement Syndrome are frothing and recounting that Pres GW Bush missed an Arlington ceremony….but he was at Normandy, a very appropriate place to be.

But it was not just the missing Memorial Day, it was also the lack of any recognition of the 66th anniversary of D-Day. It was the failure to address Flag Day which was also the 235th birthday of the US Army. Lastly, Obama’s refusal for the second year in a row to attend the “Gold Star Family” events clearly telegraphs his regard for our military does not go beyond photo opportunities. The malignant narcissism of the President, and the liberal progressives, is laser focused on the disrespect and the destruction of the American Warrior class. They detest anyone who has the courage of conviction and love of America, something which they find unconscionable.

It starts with a national security strategy which refuses to address the enemy of our Nation, islamic totalitarianism and radical islamic state sponsored terrorism. We have sheep who are so oblivious to the threats to our security that the Obama administation’s terrorism expert, John Brennan, stated that “terrorism is a state of mind and jihadism is a legitimate tenet of Islam”. When at the highest levels we project a recalcitrance to confront our enemy, you only embolden them.

When an enemy is emboldened, such as this one, they launch a “humanitarian aid” flotilla which is nothing more than a cover to supply a terrorist organization, Hamas. When you have a Sovereign State seek to protect itself, and even institute insidious rules of engagement, and yet is condemned for protecting its warriors, we are upside down……we are being led by sheep. Nothing pleasures wolves more than fresh lamb meat, and we are serving that up at every instance.

This seemingly is not just an American phenomenon, but a worldwide epidemic. North Korea sinks a South Korean naval vessel and we ask for an apology. The international community demands that Israel apologize and submit to an investigation.

We have created rules of engagement in Afghanistan which allows the enemy every opportunity to kill our men and women. We have considered such horrible ideas such as an award for “courageous restraint”. We even allow former Taliban members who have attacked, and maybe even killed, our troops to be released from detainment based upon a “pledge” signed by their fathers and tribal leaders.

Yet, we have our own Warriors such a Army 1LT Michael Behenna serving a 15 year prison sentence for killing a known Al Qaeda operative who attacked him. Worse however, is the fact that exculpatory evidence in his case was withheld by the Army prosecutors who also withheld a key witness. There in the military prison at Ft Leavenworth sit 10 Army Soldiers while Taliban fighters are being released. We just witnessed some of our finest Warriors, US Navy SEALS, having to endure a courts-martial because they “punched” a terrorist.

That is why I will be heading to Ft Leavenworth in September to rally for the release of our Soldiers so that they can be reunited with their families. Those families who willingly sacrificed their loved ones, believing that they could be severely wounded, or even killed….but never imprisoned for doing what we ask Warriors to do.

In the past 30 days we watched the House of Representatives so concerned about the military that they just could not wait, and voted to repeal “Dont Ask Dont Tell”. This was done against the counsel of the Service Chiefs who asked for an opportunity to allow the men and women in uniform to offer their suggestions and insights. No, it is more important to have the military accomodate behavior rather than respect the professionalism of those Soldiers, Sailors, Airmen, Marines, and Coast Guardsmen.

We have seen the President nominate someone for Supreme Court justice who attacked the Solomon Amendment, allowing ROTC activities on our college campuses. We are willing to allow an Islamic victory tribute to be erected at Ground Zero in New York City because we have leaders who just cannot find the courage to stand….sheep.

We have a running gun battle occuring on our southern border but we allowed a foreign leader to demean our laws and attack a Governor of a sovereign American State.

There has never been a more critical time for our Republic and yet we find the worse possible individuals in control for this time. We have a Nation of men and women who embrace victory and detest the stench of defeat. However, all we get is more speeches, talk, empty rhetoric, and never an action plan….at least not an action plan which is commensurate with the foundational principles of America.

I stated earlier that this subject is personal to me and that is because of my story from Iraq in 2003. Yes, I fired my service 9mm over the head of a detainee to ensure my men were protected. Yes, I was removed from command and fined $5000. Yes, I withstood the attacks from the liberal sheep and will continue to do so because I am part of the Warrior class. I retired with Honor and remain a respected member of that group of men and women who feel pride when the National Anthem is played, and tear up at Taps.

When I look at Pelosi, Frank, Weiner, Clyburn, Klein, and Obama I see lambs, certainly not leaders. I see mundane deliberators, not decisive people of character. This 2010 election cycle has the most Veterans running for office since WW II and there is a simple reason.

America will not survive as a Nation in a world of wolves being led by sheep, it will take Lions.

Steadfast and Loyal, LTC(R) A B West

Bad Behavior has blocked 2542 access attempts in the last 7 days.