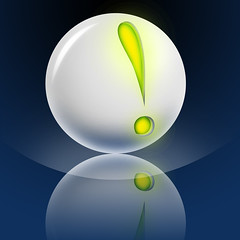 A private investigator in Hawaii has uncovered the divorce decree for Barack Obama’s father and mother, which indicates they had “one child under the age of eighteen, born in Kenya.” That is the report of Ed Hale of PlainsRadio.com, an Internet radio site which has focused upon the natural born Citizen challenges to Obama’s presidential eligibility.

Hale announced this during his evening Internet broadcast on PlainsRadio.com, Tuesday, 12/30 and confirmed it with I.O. in an online interview, later that night. He reported that certified copies of this documentation have been sent from Hawaii by the investigator to himself and four others. Hale is to receive his copy today, Wednesday, 12/31 and plans to post it graphically on the site, during the day. He will also discuss this on a special Internet broadcast, between 6pm and 10pm Central Time, tonight. [I.O., 12/31, 2:30pm CT: Ed Hale has sent an email stating that his delivery has been delayed until Friday, 1/2. We wait another day for what he has to show. We can be patient in light of how long we wait for Barack Obama to admit the truth of his ineligibility per Article II (and show us the whole truth of his actual Hawaiian birth certificate, besides).] The site streams audio as soon as it is accessed via Web browser.

The Monster will still be tuning in this afternoon to keep up to date, but if the information is true and correct, we may all have a really good reason to celebrate this New Year’s!!!!

Never underestimate the power and the ingenuity of the “Average American Citizen”.  I knew that when the Supreme Court would not hear the Leo Donofrio case, the same major shadow players that made sure the Resident Evil was selected were working their mojo to keep the Resident Evil Select* on a course for the White House.  We all know that The Resident Evil is hiding a trainload of baggage just by looking at what we have actually seen; Rezko, Auchi, Blago, Wright, etc.

We all need to stand up and applaud Ed Hale of Plains Radio (and whoever came up with this idea) for retaining a P.I. in Hawaii to track down the Obama-Dunham Divorce Papers.  I just received this note in my email about a special announcement taking place tomorrow, December 31st, 2008, and the chat page asks that everyone blog this information around.

Take a moment to peruse and then continue to some of the comments I picked up off their chat page.

To get your New Year started with a bang, Ed will make a special announcement and expose the findings the Private Investigator from Hawaii has discovered.

6PM and 10PM Central Time on

will be the one to get it to you!

to the many that donated to help make this wish come true.  Without you and your support, we may not have seen this day come.

Take a moment and breath; Gracie! Stop Hyperventilating…..this might just be a case of the papers showing that Barack Obama SR was born in Kenya and therefore a British citizen to back up the current cases at the Supreme Court, OR it may hold other interesting information.  Whatever the case may be, there will be NO ARGUING with these papers as they are the actual court documents AND they will not be hidden from view by the Resident Evil’s regime.  Merry XMAS and a Happy New Year!  If all fails and this self-absorbed “American Idol” gets into the WH, we at least know that we did everything possible to derail this regime before it got started.

Re: URGENT: PLEASE BROADCAST THIS EVERYWHERE
(From Watch?v)
I heard it on chat. It shows O’s birth in Kenya.

Re: URGENT: PLEASE BROADCAST THIS EVERYWHERE
(From P. Barnett)
what will the divorce decree show?? what’s the importance?

will is show where obama was born?

Re: URGENT: PLEASE BROADCAST THIS EVERYWHERE
(From Rob)
John, i think i hear Obama calling you back home…

Re: URGENT: PLEASE BROADCAST THIS EVERYWHERE
(From Carole)
This is the first any Divorce papers have been found by anybody as far as I have read on the net. No one has even been able to find marriage documents. So this interesting news. 🙂

I will be very curious to hear what this is all about….