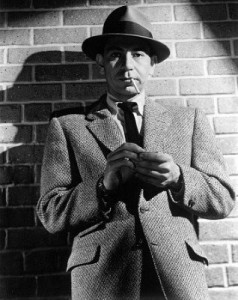 I must admit that I have gotten caught up in the “Birth Certificate” issue since The One produced a doctored Certificate of Live Birth, (yet no real vaulted BC), and then sent his army of lawyers to stop all court cases dead in their tracks.  It seemed like the issue of validity, and I know quite a few people focused on it, yet it is probably the very diversion The One is seeking to throw everybody else off the track of the real issue; The One’s British Citizenship at birth.

I must admit that I was wrong about chasing The One’s Birth Certificate, because, as Leo Donofrio so eloquently states, it does not matter.  What does matter is these statements from Leo Donofrio; the facts so to speak:

I have REPEATEDLY stated that Obama can release a golden birth certificate signed by 100 gazzillion witnesses embossed in gold leaf that he was born on the mall in Washington DC and it still wouldn’t make him a “Natural Born Citizen” under the Constitution because he was, regardless of where he was born, a BRITISH citizen “at birth.” Since he was “born” as a British citizen/subject, his United States citizenship was not “natural”. …

If Mr. Montogmery had done the slightest bit of research, he might have found my application now before the SCOTUS. That application firmly argues that John McCain was not eligible to be President along with Roger Calero and Barack Obama. Anyone following this story knows I have handled McCain’s decision to run – and the Senate’s faux resolution saying he could run – with very harsh treatment. McCain is not a natural born citizen since he was born in Panama and, despite popular belief, (as per the Department of State Foreign Affairs Manual 1116.1-4(c)) the military base there was NOT US soil. Calero was born in Nicaragua and also is not a natural born citizen like Obama who was a British citizen at birth.

Montgomery’s report fails to point any of this out opting for the more salacious headline. The headline is bunk, but hopefully not intentional bunk. We shall see.

MISTAKE 2: My lawsuit before the United States Supreme Court is not focused on challenging Obama’s place of birth. I have repeatedly, in interview after interview, as well as in the actual application submitted to the Court, asserted my belief that Obama was probably born in Hawaii and that I expect to see him eventually produce a solid birth certificate which puts these other law suits to rest.

My original lower court suit mentions the BC issue as an ancillary matter in that the person I sued, the New Jersey Secretary of State, should have, at the very least, requested to see Obama’s BC. But that is not a core issue in my case. And I have publicly criticized those who brought law suits but failed to nail the main issue – that Obama can never be a natural “born” citizen – even if he was born on the mall in DC with two million witnesses, since, at the time of his birth, he was “born” as a British citizen/subject.

As anybody with even the slightest hint of awareness knows, my law suit is challenging Obama’s eligibility on the fact that he has admitted he was a British citizen “at birth”. His own web site told me so. And factcheck.org backed it up with their analysis of Britain’s Nationality Act of 1948. Montgomery cites factcheck.org as a “nonpartisan” source so he should have been aware that same source has confirmed that Obama was a British citizen “at birth” through his Father.

My law suit correctly points out that the framers would never have sanctioned somebody born as a British subject/citizen for President of the United States.

Is The One’s British citizenship at birth the reason for the following unavailability of standard paperwork? (From the AMAZING Uppity Woman on August 2, 2008) 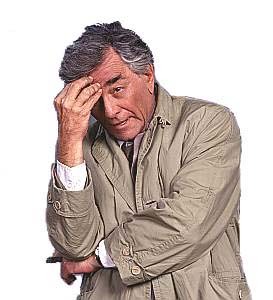 Excuse me Mr. Obama, I mean Senator Obama, sir. Um……I know you are busy and important and stuff. I mean running for president is very important and….

See, I have these missing pieces that are holding me up, and I was wondering sir, if you could take time out of your busy schedule and help me out. You know, no big deal, just some loose ends and things.

Hey, you have a nice place here! The wife sees houses like this on TV all the time and says boy she wishes she had digs like this you know? is that painting real? Really??? Wow. I saw something like that in a museum once!

Oh, sorry sir. I didn’t mean to get off the track. So if you could just help me out a minute and give me some details, I will get right out of your way. I want to close this case and maybe take the wife to Coney Island or something. Ever been to Coney Island? No, I didn’t think so…….

Well, listen, anyways, I can’t seem to get some information I need to wrap this up. These things seem to either be “locked” or “not available’. I’m sure it’s just some oversight or glitch or something, so if you could you tell me where these things are….. I….I…. have them written down here somewhere….oh wait. Sorry about the smears. It was raining out. I’ll just read it to you.

Could you help me please find these things, sir?

And just to add one more thing to the list; may I please see which passport you used to travel to Pakistan at a time in America’s history when Americans were not allowed to GO TO PAKISTAN?  Was it an Indonesian Passport because you became an Indonesian Citizen when your step-father adopted you? Hmmmm?

How many ways from Sunday can somebody NOT BE A NATURAL BORN CITIZEN and still become President?

Plains Radio is keeping the issue of The One’s Eligibility problem front and center.  If the average American does not believe there is a media blackout of this issue….well, you fall under the category of a low information voter who probably should not have been voting recently.

Leo Donofrio and Cort Wrotnowski were on Plains Radio yesterday evening.  Please go here to listen to Scott’s Early Show and Leo is losing his mind over what happened with the Wrotnowski case.  He is planning on taking his case out of the Supreme Court by Friday if the American public does not stand up and start fighting for the Cort Wrotnowski Case.  Leo believes that Cort’s case is better written than his and has an even better chance.

The update is: Cort Wrotnowski’s case has gone to the Anthrax facility to be checked for Anthrax which delays it by 7 days and puts it beyond the December 5th date.  Make sure you listen to this radio program before going on to the rest of the article!  Here a couple of phone numbers for the Supreme Court: Public Information Office: 202-479-3211, Reporters press 1, Clerk’s Office: 202-479-3011.

One of the callers, Michelle came up with a brilliant idea about every single American that is concerned and wants to help to download a copy of Cort’s Legal Brief and Fax it to the Court since they can’t see the paperwork because it is in the Anthrax Facility.  Michelle runs one of Leo’s sites.  Her plan is to put the papers up on Leo’s site, where we can all download, print and fax.  I will get you an update when I find the rest of the information.

Leo has moved his blog AGAIN to Natural Born Citizen on WordPress.  I personally believe that if this was not a issue, The One would have produced a real vaulted BC, Leo would not have had to move his blog 2-3 times, and Cort’s case would not currently be in process of checking for Anthrax.  Add the Media Blackout and what does all that add up to?

Imaging guru: ‘Certification’ of birth time, location is fake
‘It would be hard to perform as president from behind jail cell door at Leavenworth’

A computer imaging expert, who examined the “Certification of Live Birth” Barack Obama’s campaign posted online to rebut charges he is ineligible to be president due to the Constitution’s “natural born citizen” requirement, says it’s a fake, and further, that such fraud is criminal.

The Obama campaign has told WND such allegations are “garbage,” but Dr. Ron Polarik, who holds a Ph.D. in instructional media and is a “guru” on computer technology such as printers, scanners and digital imaging, disagrees. His analyses have been posted online in a YouTube video, which also is embedded here:

He explained to WND there are several “giveaways” on the image itself. For example, the document has gray between the lettering, not green pixels as the rest of the background document, suggesting someone cut-and-pasted or typed new information that was embedded on top of the background.

Where’s the proof Barack Obama was born in the U.S. and thus a “natural born American” as required by Article 2, Section 1 of the Constitution? If you still want to see it, sign WND’s petition demanding the release of his birth certificate.

Also, Polarik said although the Obama form has a border and seal from 2008, it purportedly was obtained in 2007.

In Polarik’s view, there has to be a significant reason for a political candidate and campaign to go to such lengths.

“Obviously, there’s something very critical to hide, or they wouldn’t have spent the million dollars in legal fees to prevent the release of his original birth certificate,” Polarik told WND.

Go here to read the rest.