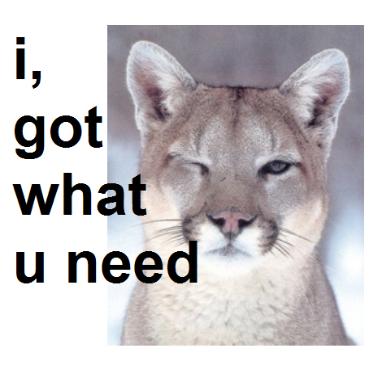 Fox News has just released it’s latest Fox/Rasmussen Polls for the battleground states, and wouldn’t cha know, McCain is closing the gap.  It is my understanding that the Bradley Effect has been considered in these numbers, but what has not been factored in is the PUMA Effect.  Those 4-6 Million (conservative) voters who WILL NOT VOTE FOR OBAMA, and even more devastating to the Obama camp, will vote for John McCain after telling pollsters for months that they are voting for Obama. Quite a few are disenfranchised democrats, but an unknown number are indies that are really upset with the Rules and Bylaws Committee decision to award votes to a candidate that wasn’t even on the ballot in Michigan, among other numerous undemocratic decisions made that day.  The PUMA mantra since 5/31/08 is “We Will Remember In November”……and the Obamanation better just “Get Over It” when he loses.

Is it any suprise that most PUMAs are in the states of FL, MI, OH, PA, NC?

FOX News/Rasmussen Reports battleground polling this week shows some improvements for John McCain but the overall results still leave Barack Obama in a better position on the eve of the election.

Obama now leads in two of the battleground states while the candidates are tied or within a point of each other in four. At one level, that’s an improvement for McCain. Last week, he was even in just two states while trailing in four.

But while it’s an improvement for the GOP candidate, this week’s results don’t alter the underlying dynamic of the race. All six of these battleground states were Republican states in 2004 and McCain probably needs to win all six to capture the White House.

Ohio is one of the two states where McCain gained ground this week and the candidates are now tied at 49% in the Buckeye State. This helps explain why the campaigns have had such a strong presence in the state during the closing days of election 2008.

In the last six FOX News/Rasmussen Reports Ohio polls, Obama and McCain have been within two points of each other five times. Neither man has reached the 50% level of support in any of the past six Ohio surveys.

McCain also gained ground in Florida this week. After trailing by four a week ago, the Republican hopeful now holds a one-point advantage, 50% to 49%. This is the second time in three weeks that McCain has been up by a point in Florida. A month ago, Obama was up by seven in the state.