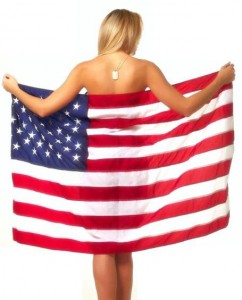 Our friends over at Just Say No Deal are back on line and I have yet to see anyone let the rest of the blogging community know that one of the most engaging information portals for us “little folks” is up and running again though still in the process of reconstruction.

Make sure you bookmark JSND and visit often for their round up of amazing articles featured in the “bvox”.

A PUMAs Message For Undecided Voters

I have read that “undecided voters” are some kind of zombie that have not been paying attention to what is going on in this election.  I personally do not agree with this point of view.  I think undecideds fall into two categories; people that do not want to say who they are voting for, and people who “think” they should vote for Obama because the MSM is telling them to because “he is so far ahead, it’s over”, but they just have this incredibly uneasy feeling about Barack and Michelle.  I personally believe that most undecideds fall into the latter category.  Remember all the pundits telling Hillary to quit while she was hammering Obama 2 and 3 to 1 in states near the end?  Remember that newspaper telling everybody that Hillary had conceded the morning of the last primary in hopes it would suppress her votes?

Yesterday, the Just Say No Deal Coalition had their “Closing Arguments” Conference Call with Lady Lynn de Rothschild, Larry Johnson, Rudy Guiliani, and more importantly, Dr. Lynette Long. This call was a groundbreaking event; leading Democrats and Republicans coming together to explain what happened in the Democratic primaries, and why we should ALL BE VOTING for John McCain as our next president.  I personally have already happily pulled the lever for the McCain/Palin ticket.


For undecideds and curious Americans, I am embedding the archived BlogTalk program from yesterday in hopes that you will listen to Dr. Long and understand why Barack Obama has gotten this far, and why we deserve better. The Democratic primaries were far from fair and just and you will hear how the DNC and Obama rigged this election with caucus fraud and voters being bussed in from other states.  The Superdelegates voted against their constituencies because of money that was funnelled to them from Nancy Pelosi and Obama’s Pacs…..listen and hear the rest.

If a candidate is willing to break this many rules to get to the general,

WHAT will he do if he becomes president?

I do not know about you, but I believe that Americans dislike cheaters.

Not Just For PUMAs…JSND Conference Call

Listen Up People!  PUMAs and the Just Say No Deal Coalition started this fight against the Borg Collective back at the beginning of June.  Since that time, Dems, Indies and Repubs have joined together as all great Americans should do when faced with an enemy to our Constitution and our Freedoms.  Country Before Party has been the motto of our crusade against the Obamanation and it still rings true!

Today, there will be a Closing Arguments Conference Call presented by the JSND Coalition….what is different is that EVERYBODY is invited to listen in to this conference call: Not just PUMAs and JSND Coalitioners – THAT MEANS YOU!

This battle has been ABOUT SHOWING UP and MAKING YOUR VOICE HEARD on the ground, on the phone, and in the voting booth.

For Immediate Release:
Just Say No Deal Presents Closing Arguments in Nationwide Conference Call
Hillary Supporters, PUMAs & Fence Straddlers, You’re Invited To Join: Just Say No Deal’s Closing Argument Conference Call
Sunday, November 2, 5:00 PM ET
The Just Say No Deal coalition, a group of Senator Hillary Clinton’s most ardent supporters, will be holding its final conference call of this election season on Sunday, November 2, 2008 from 5:00 to 6:30PM EST.
Guests include:
Charlie Crist, Governor of Florida
Rudy Giuliani, Former Mayor of New York City
Larry Johnson, PhD.
Lynette Long, PhD.
Lady Lynn de Rothschild
Will Bower, National Spokesperson, PUMA & Just Say No Deal
Listen Online @ BlogTalkRadio hosted by NoQuarterUSA:
http://www.blogtalkradio.com/nqr/2008/11/02/Just-Say-No-Deal-Presents-Closing-Arguments-in-Nationwide-Conference-Call
Or Dial: (218) 486-1662
Access Code: 82114#
WASHINGTON DC & NATIONWIDE – The Just Say No Deal coalition, a group of Senator Hillary Clinton’s most ardent supporters, is hosting its Closing Argument Nationwide Conference Call, Sunday, November 2, 5PM et. High-profile Democrats including Lady Lynn De Rothschild and Dr. Lynette Long join Moderate Republicans Charlie Crist and Rudy Guiliani in a plea to Hillary Supporters, PUMAs and Undecided Voters during this 1 hour 30 minute call, which will also be streamed live over the internet.
Since its inception on the weekend of Hillary Clinton’s suspension speech, Just Say No Deal put Country Before Party by vocalizing opposition to thuggery, sexism, voter disenfranchisement, caucus fraud and corruption within the Democratic Party, in mainstream media and in the blogosphere.
The distinguished guests will specifically make their case to former Hillary Clinton supporters, who are still on the fence, as to why they should cast their votes for John McCain and Sarah Palin on Tuesday, November 4th. The panel will cover a host of topics based on questions posed by Just Say No Deal members via email.
Thank you,
http://www.justsaynodeal.com