If you think anybody is actually going to bring impeachment proceedings against the thug-in-chief, think again.

The White House continues to avoid discussing details on whether Democratic Rep. Joe Sestak was offered a job if he skipped the Pennsylvania Senate primary but spokesman Robert Gibbs said Sunday that lawyers reviewed conversations and found “nothing inappropriate.”

“I’m not a lawyer. But lawyers in the White House and others have looked into conversations that were had with Congressman Sestak. And nothing inappropriate happened,” Gibbs told CBS’ “Face the Nation.”

“I’m not going to get further into what the conversations were. People that have looked into them assure me that they weren’t inappropriate in any way,” he said.

END_OF_DOCUMENT_TOKEN_TO_BE_REPLACED 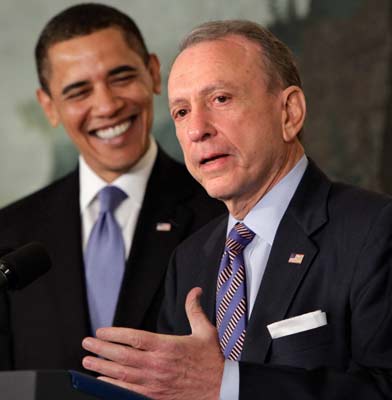 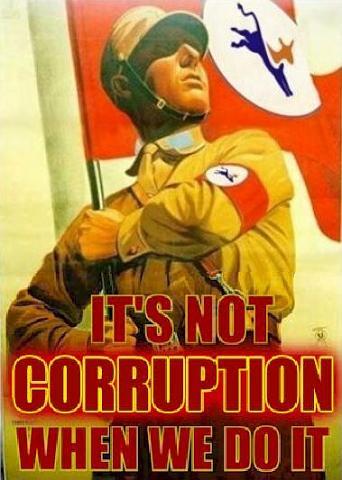 Obama Has Specter’s Back

In the little world of Washington, D.C. the power grab and political machinations are so predictable, but the selected resident is so confident that imitating a mafia Godfather encouraging a primary candidate to step aside does not even make him blink.  Obama is in his realm when “persuading” or forcing opponents off the ticket.

Word out of Washington, D.C., is that the Democratic Senatorial Campaign Committee and the political wiseguys from the Obama administration plan on “visiting with” Pennsylvania Democrat Rep. Joe Sestak.

Their objective is clear: Get him off the stage and out of a primary race against incumbent (and now Democrat) Sen. Arlen Specter.

“I have received a call” from DSCC chairman Sen. Bob Menendez of New Jersey, Sestak said, “but we keep missing each other.”

So the battle lines are drawn: Sestak is not inclined to be pushed out of the race, and Menendez’s marching orders from the White House are to shove, not just push.

“Joe Sestak is a very credible candidate,” said Larry Ceisler, a Philadelphia-based political consultant. “If Specter would have stayed in the GOP, I believe Sestak would have been the Democratic nominee.”

Ceisler said part of Sestak’s appeal is that he is outside the traditional Democrat establishment and doesn’t owe anyone anything: “He is sitting on enough cash to lay the foundation for a good campaign.”

Ceisler predicted that President Obama will try to shut Sestak off from traditional campaign fundraising sources. But Sestak still could produce a strong fundraising showing.

Would it be enough? “To be determined and tested,” Ceisler said.

As of last week, Sestak had no plans of going anywhere but forward. “I felt when everyone was told to get out of the race that it was violating a principle of why I got into politics. Rather than being upfront and letting Pennsylvania Democrats have a choice in an election, they have cut a deal,” he said.

The downside for Sestak is that he would have to give up his House seat to run. But fear is no deterrent for a guy who was a Navy admiral and won his House seat by defeating an incumbent, Curt Weldon, in eastern Pennsylvania’s 7th District. “Last time I checked, there was no anointing of individuals to seats in America,” Sestak said. “Washington is trying to be a kingmaker. … This is a primary; it is open to all.”

Here is to hoping that the admiral does not have a Kellerman or Levy moment, and “crack” under the pressure.