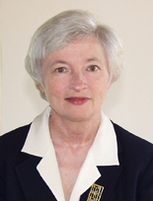 If You Are Not Worried, You Should Be

The gathering storm of economists and lawyers that are going to help the banking cartel get even more control over you by controlling your money is getting larger and darker.  Yet, still no plan on Fannie, Freddie, and FHA.

Slate of Nominees Is Clue to Obama’s Plans for Fed

WASHINGTON — In naming two economists and a lawyer to serve as governors of the Federal Reserve, President Obama and his top economic advisers are preparing the central bank for a new emphasis on the supervision of financial institutions.

The financial crisis that led the Fed to hurl money at the economy and prop up the housing market also exposed a past inattention to regulation. The backgrounds and expertise of the nominees, announced on Thursday, suggest the Obama administration is trying to address that shortcoming.

Only one of the three, Janet L. Yellen, specializes in the setting of interest rates and the supply of credit, the Fed’s traditional bailiwick.

The other economist, Peter A. Diamond, is an authority on Social Security and pensions who was a graduate school mentor of Ben S. Bernanke, the Fed’s chairman, at the Massachusetts Institute of Technology.

The lawyer, Sarah Bloom Raskin, Maryland’s commissioner of financial regulation, is an ally of consumer advocacy groups, which believe that the Fed’s neglect abetted the subprime lending crisis that metastasized into the most damaging downturn since the Depression.

Dr. Yellen is professor emeritus at the University of California at Berkeley where she was the Eugene E. and Catherine M. Trefethen Professor of Business and Professor of Economics and has been a faculty member since 1980.

Dr. Yellen earlier took leave from Berkeley for five years starting August 1994 when she served as a member of the Board of Governors of the Federal Reserve System through February 1997, and then left the Fed to become chair of the Council of Economic Advisers through August 1999. She also chaired the Economic Policy Committee of the Organization for Economic Cooperation and Development from 1997 to 1999.

Dr. Yellen is a member of both the Council on Foreign Relations and the American Academy of Arts and Sciences and a research associate of the National Bureau of Economic Research. She also serves on the board of directors of the Pacific Council on International Policy, and in the recent past, she served as president of the Western Economic Association, vice president of the American Economic Association and was a Fellow of the Yale Corporation.

An assistant professor at Harvard University from 1971 to 1976, Dr. Yellen served as an economist with the Federal Reserve’s Board of Governors in 1977 and 1978, and on the faculty of the London School of Economics and Political Science from 1978 to 1980.

Dr. Yellen has written on a wide variety of macroeconomic issues, while specializing in the causes, mechanisms and implications of unemployment.

Who is Janet Yellen?

Policy stance:
Ms. Yellen has been a reliable supporter of Fed Chairman Ben Bernanke’s policies. She is frequently cited by economists as one of the central bank’s most dovish policymakers, generally backing policies that would boost growth and reduce high unemployment. She has long been a counterweight to the Fed’s more hawkish regional bank presidents who tend to be more concerned about rising inflation. (The Fed’s dual mandate from Congress is to promote maximum sustainable employment and price stability.)

Voting record:
In her time as a Fed policy maker, Ms. Yellen has never cast a dissenting vote on policy — in either raising interest rates or lowering them. She has voted 36 times as a member of the Federal Open Market Committee, always with the majority, according to a tally by Wrightson-ICAP. Of the 12 current regional bank presidents, five have dissented at least once. Of current FOMC officials, only three have cast more votes on interest-rate policy in their careers: Vice Chairman Donald Kohn (63 votes), Kansas City Fed President Thomas Hoenig (60 votes) and Chairman Bernanke (56 votes), according to the Wrightson tally.

Obama to Nominate Three to Fed Board


Picking Mr. Diamond and Ms. Raskin—neither of whom have much experience in monetary policy—”is a symptom of broadening the Fed’s responsibilities,” said Alice Rivlin, a former Fed vice chair. “The Fed’s got a lot on its plate at the moment.” (emphasis mine)

Does anyone still think we need a central bank that is really a private banking cartel draining us of every last penny through interest payments? What happens when these parasites start raising interest rates, as they must?