Gov. Jan Brewer has yet another message for Barry Soetoro who did not send the troops, he had signs put up instead.

In the real world which we live in, this is considered an invasion, not trespassing.   WE WILL remember the names of the congressmen and senators that do not stand up and start impeachment proceedings against the poser in the White House that has continued to show his true anti-American views through his refusal (by inaction) to stop the invasion of Mexican Drug Cartels into America, AND his nonchalant manner when it comes to the handling of the worst environmental disaster which is continuing to decimate the Gulf of Mexico and cause the deaths of Americans in the gulf states.

This administration in every appointment, deed, and inaction, has shown in clarity their commitment to dismantling America as a free nation, and if the Republicans continue to just “attempt to stop his agenda” by reacting like victims instead of proactively using their congressional legislative powers, we will know who you stand with.  Democrats who still have a soul who do not stand with their Republican brethren on this issue will be facing something greater than a tough re-election fight.

What, IN GOD’S NAME, are you waiting for?  November? An even bigger disaster?  North Korea annexing Hawaii?  WHAT?

Right Here, Right Now is NOT politics as usual.  This is NOT another Carter administration.  This is a beast of a totally different stripe.


The history books will record that you did nothing, did not stand up, did not lead, whined and cowered in the corner, broke your oath, did not PROTECT the American people, and allowed the destruction of the Constitution and the American way of life.  WE WILL not let our children, grandchildren, and great-grandchildren ever forget YOUR history.


Managing the decline may be good enough for you; it is not what we deserve or what we will accept.

Average Americans don’t realize the globalist plans the District of Criminals have for this nation, but we do know that MOST AMERICANS are patriotic sovereign conservatives and we will not stand by while OUR country is taken under by Barack and his merry set of fascist goons whom you allowed into our White House.

“This is no way to treat the people of Arizona,” said Governor Brewer. “To learn of this lawsuit through an Ecuadorean interview with the Secretary of State is just outrageous. If our own government intends to sue our state to prevent illegal immigration enforcement, the least it can do is inform us before it informs the citizens of another nation.” –

But Governor; we are all world citizens now, aren’t we?  Border are lies according to the left, correct?

Back to the news…

Gov. Brewer learned of the lawsuit that Obama is going to bring against the State of Arizona during an interview that Hillary Clinton gave to Ecuadorean NTN24 on June 8th.  The governor’s response to the lawsuit follows with a link to the pdf (H/T KG and TheRightScoop).

PHOENIX – Governor Jan Brewer said she was stunned and angered to learn during an Ecuadorean television interview with Secretary of State Hillary Clinton that the Obama Administration had decided to sue Arizona over its recently passed anti-illegal immigration law, SB1070. Video of the interview can be seen at Governor Brewer’s Arizona Border Security Information website:www.azgovernor.gov/AZBorderSecurity.asp

Secretary Clinton announced during the interview on June 8th that President Obama has directed the U.S. Justice Department to “bring a lawsuit against the Arizona law.” “This is no way to treat the people of Arizona,” said Governor Brewer. “To learn of this lawsuit through an Ecuadorean interview with the Secretary of State is just outrageous. If our own government intends to sue our state to prevent illegal immigration enforcement, the least it can do is inform us before it informs the citizens of another nation.” Governor Brewer said, “I just visited with the President in the Oval Office about our differences over immigration policy, and the one firm understanding we had was that within two weeks he would provide details of his commitment to deploy National Guard troops to the border. While I am grateful that communications have taken place about a possible visit by Administration staff before the end of the month, there is not yet a confirmed date. More importantly, no information about additional troop and border security enhancements has been provided by the Obama Administration to the citizens of Arizona.”

For those that still have not read the 17 page document, here it is. 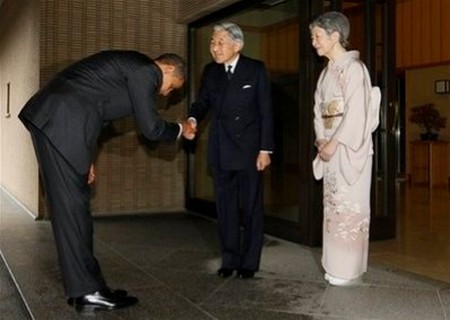 Bad Behavior has blocked 2743 access attempts in the last 7 days.