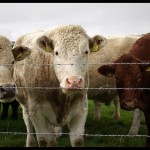 It’s starting to look like the only people paying taxes are those in the private sector. Wait until you see the dollar amounts. It appears that more than just a few federal employees aren’t paying their taxes.  Hit the link for the full chart at the Washington Post.  Does anybody want to attempt totaling the … Read more

(Editor’s Note: I am cross-posting a story that Shtuey of Oy…My Valve!  has stumbled upon because of the fascist nature of the techniques being used by the IRS to chill free speech for certain new non-profits.  I would ask that my readers send this post to as many media outlets as possible so that this story gets some national coverage.)

Introduction From Shtuey of Oy…My Valve!


Those of you who have read my blog for a while know that in 2008 I wrote vociferously against the candidacy of the man now occupying the White House, and was just as strident in my defense of our unalienable rights protected by the Constitution of the United States. I abandoned that work in 2009 in the wake of Operation Cast Lead and the racist fallout from the leftist blogisphere whose bigotry and racism toward the Jewish people and the State of Israel became uncloaked. I have left the work of dealing with the enemies of our republic to others who have bravely stayed vocal in their patriotism, continuing to write and publish against the tyrannical actions of the White House, Congress, and Supreme Court.

My work here has been dedicated to exposing the prejudices of the administration against Jews and Israel, along with Israel’s continuing struggles against the genocidal Arab/Muslim forces arrayed against her, as well as the Israeli left that seeks to subvert the growing power of religious Jews in Israel, methodically engaging in the suicidal effort to give up Jewish lands to the very powers that seek our destruction.

Now, with the revelation that the White House is using the IRS to stifle and silence opposition to its anti-Israel policies, in conjunction with the chronic attack on our rights being led by the administration and the Congress, these issues have collided, as I knew that eventually would. Jewish organizations that oppose the pResident’s policies on Israel now find themselves coming up against the IRS in a direct challenge to the unalienable right of all people to freedom of expression. What is happening now between Z Street and the IRS has far reaching ramifications for all Americans.

On December 29, 2009, ZSTREET, a non-profit organization dedicated to educating the public regarding issues pertaining to the Middle East, and Israel’s continued existence as a Jewish state, founded by Lori Lowenthal Marcus in response to the faux-pro Israel lobby created by George Soros called “J Street,” filed for 501 (c)(3) status with the IRS to receive non-profit tax status.

On July 19, 2010, nearly seven months after the application was tendered, Z STREET counsel was informed by an IRS agent that the Z STREET application was being delayed, and would possibly be denied because of a (all emphasis mine):

special IRS policy in place regarding organizations in any way connected with Israel, and further that the applications of many such Israel-related organizations have been, according to the IRS, assigned to “a special unit in the D.C. office to determine whether the organization’s activities contradict the Administration’s public policies.”

She was actually speaking the truth about passing the Obamacare atrocity so that there is a complete and total bill that we can read to find goodies like the expansion of the 1099 Tax Law.  Please keep in mind the bigger picture of tracking everything the self-employed and small businesses buy and sell throughout the year.  Do you really want the government having the knowledge of how to tweak Obamacare to wring out the maximum amount of coinage from your pockets?

Those already outraged by the president’s health care legislation now have a new bone of contention — a scarcely noticed tack-on provision to the law that puts gold coin buyers and sellers under closer government scrutiny.

Section 9006 of the Patient Protection and Affordable Care Act will amend the Internal Revenue Code to expand the scope of Form 1099. Currently, 1099 forms are used to track and report the miscellaneous income associated with services rendered by independent contractors or self-employed individuals.