Watch the video all the way through to understand what is at stake. END_OF_DOCUMENT_TOKEN_TO_BE_REPLACED

Judge Napolitano breaking down the last three major events in the Middle East, how much Iraq and Afghanistan have actually cost us in lives and cash, and how an American Empire which disregards the rule of law and borrows to wage war has not made us freer or safer.  Once again, a must watch monologue that needs to be sent viral.  Stop believing the media hype that Obama or Romney are going to pull our behinds out of the economic and terrorist fires.  The state of the world did not happen overnight; educate yourselves and vote for Ron Paul. END_OF_DOCUMENT_TOKEN_TO_BE_REPLACED 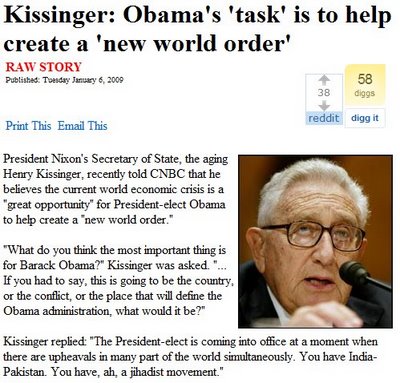 YouTuber ChangeDaChannel has posted the first in a series of informative videos about ‘The Bad Guys’; power-driven globalists that have changed the course of our nation and the rest of the world. This first segment is a twelve minute history of Henry Kissinger’s crimes against humanity. Though there are tons of information about this particular sub-human, ChangeDaChannel covers the decisions and actions made by Kissinger during his time in the political arena. Please forgive the numerous misspellings as they do not affect the relevance of the information.

The Noose Hiding In Plain Sight: The United Nations #1

(Editor’s Note:  As with all the information presented in the ‘Noose’ series of articles, please keep an open mind, read the material and corresponding links, do the homework and stop being JUST A MOO producing a revenue stream for the powers that be.  Be skeptical; I am.  Ask the hard questions.  Now more Americans are awake than ever; join us and help us find the ‘real truth’ that has been hidden for centuries.  The more people turning over rocks, the faster the truth is going to be known.)

Over the course of the last two months traveling through the labyrinth, I have found it incredibly hard to find a starting point for this series of articles.  In desperation, I finally decided to start writing about current events and how discovered research applied to today’s news.  Take, for example, the run on Kabul Bank, and the corresponding actions by Afghanistan Central Bank and our Treasury which leads back to the UN, IMF, The Fed, etc.  We all know who the players are, what we haven’t been able to prove exactly the combination of who, what, where, when, and how when it comes to wars, national bankruptcies, treaties, government as corporations, and politicians as corporate entities because A) we have been blanketed with thousands of pages in hopes of demoralizing us, and B) much of the documentation is hidden from the public.  We know this.  To give you some idea of the scope, I spent the morning reading the Paris Peace Treaty of 1783, Bush 41’s EO 12803, and Clinton’s EO 13037 after I had come up empty-handed looking for monetary information on the U.S. Treasury setting up the Afghanistan Central Bank.  I know our treasury spent our money on yet another central bank, but find out how much of the billions we have poured into Afghanistan went to establish the bank and anything other than 2002 as a date?  Nada.  What about Iraq’s central bank which came into existence in 1956 and was nationalized in 1964?  Did it change when our government toppled Saddam’s regime?  Does it look like The Federal Reserve?  What do you think?

The CBI law establishes a Financial Services Tribunal empowered to review decisions and orders of the CBI including actions taken by a conservator or receiver under the Banking Law. The Tribunal is not authorized to review CBI decisions or actions concerning monetary policy and exchange rate policy. The Tribunal will comprise panels of judges appointed by the Minister of Justice. Articles 63-70

Who then would be giving the Central Bank of Iraq their marching orders considering the state the country is still in?

Does this look familiar?

The bank is in charge of:

I am currently contemplating turning my living room wall into a whiteboard to keep track of all the different parties and agendas in play.  What I have been able to ascertain is that the United Nations appears to be ‘the face’ and the hub from which all the different coalitions and policies are being sent forth; equivalent to the biggest airport terminal in the world.  I would dearly love to know exactly who owns the airport; ‘The International Banksters’ isn’t specific enough for me.  I want names; all their names.

Please take five minutes to watch this video and I guarantee you will be as skeptical as I still am, but more questions than answers still remain.  Why does our government vote against its constituents?  Why does the FBI consider ‘American Sovereigns’ to be domestic terrorists? Why have the police been para-militarized, and over-react on a daily basis?  Why have doctors stopped curing conditions and only treat symptomology?  Why has Monsanto been allowed to run wild in Iraq and Afghanistan?  Why did WE spend $582 Million to build an Embassy complex in Iraq? Why has the Federal Reserve been allowed to prosper when they have done nothing except the opposite of their supposed mission to ensure economic stability?  Why does any nation follow any proposal the United Nations puts forward when nothing but wars and genocide have happened under their ‘peaceful’ watch?

EXCLUSIVE: After a Year of Setbacks, U.N. Looks to Take Charge of World’s Agenda

After a year of humiliating setbacks, United Nations Secretary General Ban ki-Moon and about 60 of his top lieutenants — the top brass of the entire U.N. system — spent their Labor Day weekend at a remote Austrian Alpine retreat, discussing ways to put their sprawling organization in charge of the world’s agenda.

END_OF_DOCUMENT_TOKEN_TO_BE_REPLACED

The Litmus Test For Candidates

I am often accused of being a right-wing conservative by former dems because I don’t believe the government should be tying everybody’s shoes and offering programs that our descendants will be forever paying for.  I am often accused of being a liberal by hard-right conservatives because I don’t think it’s any of my business what women do with their own bodies or what couples do in their bedrooms.  It’s a very libertarian point of view.

That being said, a reader sent me a very interesting video from a rally on 9.4.2010, in, of all places, San Francisco featuring Matt Gonzales, John Dennis, and Dr. Ron Paul.  Mr. Gonzales was Ralph Nader’s VP candidate, and during the course of the election, the smaller left and right paradigm parties talked about coming up with a litmus test of four points that they could all agree upon; ending the wars in Iraq and Afghanistan; bringing ALL our troops home, privacy issues and the repeal of the Patriot Act and FISA, NOT adding to the federal debt, and my personal favorite, ABOLISHING THE FED (and the crowd goes wild…).   The Federal Reserve Mafia is at the very top of my “Enemies of Humanity” list.

John Dennis is running against Queen Nancy; his speech starts at 16:00 minute mark.

Take some time to listen this Labor Day; you may hear something that shifts your paradigm.