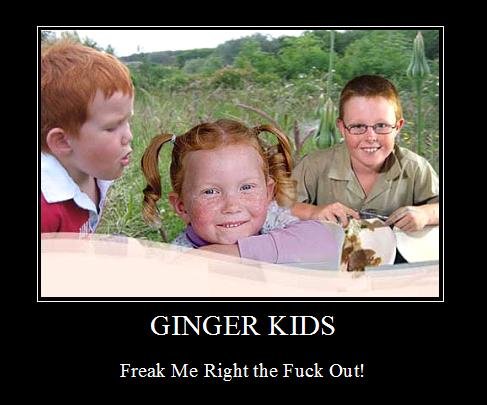 Nancy Realizes That 2010 Is Important (Updated)

(Update: Please see the additional article after this initial email from the inciter.)

Nancy is living in her own special version of “my little pony world”, and I wish that enough Californians would wake up and kick her butt to the curb.  Once again, she is sending out letters begging for money because we are all lying about Obama and wreaking havoc in the nation.  She thinks the left needs to restore “civility”, while I just attended the largest gathering of Americans where not one person was arrested, and where I did not hear one harsh word spoken.  I just keep thinking about the anarchists bused in from Portland, Oregon for WTO in 1999 and the SWAT Teams that had to attend because of them.

When you read this email from the former speaker-to-be, keep in mind that everything she accuses the Republicans of, are the actual actions of the left.  Just thought you might want to know what is coming up next from Nancy and her crew, and I would like to know where the 2-1 money is coming from…our pockets?

If this summer proved anything, it showed how urgently we must stand together to restore civility to our politics and help President Obama seize this historic moment for health insurance reform in America.

You have already taken a stand against the Republicans’ attempt to shout down President Obama and restore civility in Washington. For that, I cannot thank you enough.

We have entered the make-or-break month. The media is closely watching to see which side has the momentum. With the Republicans already claiming victory for trying to silence respectful debate, it is up to grassroots Democrats to show the world that no amount of shouting can drown out our determination to enact health insurance reform.

Show the world that no amount of Republican shouting can drown out our determination to help President Obama reform health insurance. Contribute $5, $10 or more to our Million Dollar Match today and your gift will be matched 2-to-1, tripling its impact.

In his eloquent call for action last week before a joint session of Congress, President Obama called on us to “replace acrimony with civility.” He reiterated his call to restore civility to Washington during his interview on “60 Minutes” this weekend. Yet, our opponents continue their name-calling in a cynical attempt to derail these reforms.

The Republican defenders of the status quo are shouting because they understand that this is the toughest Midterm Election that Democrats have ever faced. They also understand that this is a critical month for health insurance reform and they are trying to deal a serious blow to President Obama’s agenda for moving America forward.

Show the world that no amount of Republican shouting can drown out our determination to help President Obama reform health insurance. Contribute $5, $10 or more to our Million Dollar Match today and your gift will be matched 2-to-1, tripling its impact.

It is urgent that we stand together as Democrats. With all eyes on the coming Midterm Elections, let us use this critical September deadline to show the world just how prepared we are to maintain a strong Democratic Majority for President Obama so he can keep America moving in a New Direction.

Nancy Pelosi
Speaker of the House

P.S. The Republicans recognize that September is the make-or-break month for health insurance reform. That is why they have increased their shouting and their false attacks on President Obama. It is urgent that we stand together.

Contribute to our Million Dollar Match today and House Democrats will match your generosity 2-to-1, tripling its impact.

It appears that Nancy just cannot keep her mouth shut, OR she really is trying to incite violence with all of her rhetoric about un-American nazis.  She is either really stupid or very dangerous, which in my opinion, disqualifies her for public service.

An uncharacteristically emotional Nancy Pelosi is warning Republicans — and other groups getting whipped up over the health care debate — not to incite unstable supporters who might repeat acts of violence that struck San Francisco in the 1970s.

A top Pelosi aide later confirmed reporters’ suggestions that her statement — a reference to the City Hall murder of gay rights activist Harvey Milk and Mayor George Moscone in Nov. 1978 — an earth-shattering experience for Bay Area Democrats like the speaker.

Pelosi stumbled when asked about Rep. Joe Wilson’s “You lie!” outburst and its impact on civility in the House, momentarily overcome by emotion.

“I think we all have to take action and responsibility for our words — we are a free country and this balance between freedom and safety is one that we, um, have to carefully balance,” said Pelosi, who made no direct mention of Republicans.

A House leadership aide later told me that Democrats have become increasingly concerned by the ratcheting up of rhetoric on both sides — and particularly alarmed by the recent hanging in effigy of Rep. Frank Kratovil (D-Md.) by a tea party activist on the Eastern Shore.

“I have concerns about some of the language that is being used because i saw this myself in the late ’70s in San Francisco, this king of rhetoric. … It created a climate in which violence took place. … I wish we would all curb our enthusiasm in some of the statements and understand that some of the ears that it is falling on are not a balanced as the person making the statements may assume.”

Ironically, the most notorious act of violence to afflict the health care debate was the recent scrum between a pro-reform protester and a Tea Party activist in which the liberal bit off part of the conservatives finger after being punched in the face.

The Pelosi scrap mirrors an earlier fight. In April, the Department of Homeland Security set off a firestorm of protest acknowledged it had produced a report entitled: “Right-wing Extremism: Current Economic and Political Climate Fueling Resurgence in Radicalization and Recruitment,” which warned that right-wing groups could be spurred to violence by the election of the nation’s first African-American president.

National Republican Congressional Committee Chairman Pete Sessions (R-Tx.) is the first House GOPer to take issue with Nancy Pelosi’s contention that the vehemence of anti-health care reform rhetoric could lead to a wave of violence akin to that which hit SF in the ’70s:

“Speaker Pelosi is right that the American people are upset, but it is her own words that continue to fuel voter frustration in America,” Sessions said in a statement sent to POLITICO. “No longer content with criticizing concerned citizens for being ‘un-American,’ the Speaker is now likening genuine opposition to assassination. Such insulting rhetoric not only undermines the credibility of her office, but it underscores the desperate attempt by her party to divert attention away from a failing agenda.”

Sessions, who raised eyebrows earlier this year by suggesting the House GOP minority needed to adapt the insurgent politics of the Taliban, added: “During one of the most important policy debates of our time, the American people have been completely abandoned by those elected representatives under her control. Voters are justifiably frustrated with Washington, and the Speaker’s verbal assault on voters accomplishes nothing other than furthering her reputation for being wildly out of touch with the American people.”

Ironically, the most notorious act of violence to afflict the health care debate was the recent scrum between a pro-reform protester and a Tea Party activist in which the liberal bit off part of the conservatives finger after being punched in the face.

The Pelosi scrap mirrors an earlier fight. In April, the Department of Homeland Security set off a firestorm of protest acknowledged it had produced a report entitled: “Right-wing Extremism: Current Economic and Political Climate Fueling Resurgence in Radicalization and Recruitment,” which warned that right-wing groups could be spurred to violence by the election of the nation’s first African-American president.