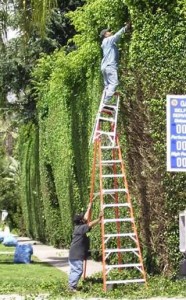 Well, it worked with ACORN signing up non-existent voters to the point of more registered voters than actual townspeople, so why won’t this fly for Obama, Rahm, Valerie, and Mishy?  Mmm, mmm, mmm.  Oh, that’s right…those fraudulent registrations don’t count because Obama is not officially tied to ACORN, and Bob Bauer is going to make sure ‘that’s the ticket’! (Oh, but that is another story…)

Here’s a stimulus success story: In Arizona’s 15th congressional district, 30 jobs have been saved or created with just $761,420 in federal stimulus spending. At least that’s what the Web site set up by the Obama administration to track the $787 billion stimulus says.

There’s one problem, though: There is no 15th congressional district in Arizona; the state has only eight districts.

And ABC News has found many more entries for projects like this in places that are incorrectly identified.

Late Monday, officials with the Recovery Board created to track the stimulus spending, said the mistakes in crediting nonexistent congressional districts were caused by human error. 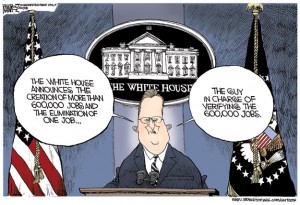