Unemployment fell to 9.7% with the new jobs report that 431,000 jobs had been added; only problem is that 411,000 of those jobs are temporary Census workers.  The DOW dropped 200 points on the opening because of these job numbers, but is recovering as of this writing; currently at -168.

WASHINGTON (Reuters) – Private employers hired fewer workers than expected in May, a setback for the labor market recovery, even as temporary census hiring pushed overall payrolls growth to its fastest pace in 10 years.

The Labor Department said on Friday payrolls rose 431,000 as the government hired 411,000 workers to conduct the population count. That was the largest monthly increase since March 2000 and marked a fifth straight month of gains.

But private employment, a barometer of labor market strength, increased just 41,000 after rising 218,000 in April, as employers opted to increase hours rather than hire new workers. The average workweek rose to 34.2 hours from 34.1 hours in April.

“The key disappointment was in the private payrolls. While we did get the census hiring, the private economy is not hiring the way we would have liked,” said T.J. Marta, founder and market strategist with Marta on the Markets in Scotch Plains, New Jersey.

Payrolls data for March and April was revised to show 22,000 fewer jobs created than previously reported. May’s hefty employment gain lowered the unemployment rate to 9.7 percent from 9.9 percent in April.

Analysts polled by Reuters had expected non-farm payrolls to rise 513,000 and private businesses to create 190,000 jobs. The jobless rate had been seen dipping to 9.8 percent.

Meanwhile, only 41,000 private sector jobs were added, down from 218,000 in April (AP). 15 million Americans are still unemployed, and market analysts are watching Hungary closely. 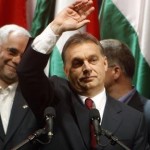 END_OF_DOCUMENT_TOKEN_TO_BE_REPLACED

Bad Behavior has blocked 2804 access attempts in the last 7 days.