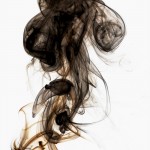 Prohibition By Any Other Name…

I thought I had published this piece back on April 25th when I first wrote it, and now I am so kicking myself for not posting it since the usurper-in-chief has just signed it into law today.

The MSM is telling you this part of the story:

WASHINGTON (Reuters) – President Barack Obama, citing his own struggle to give up smoking, signed a law on Monday giving the U.S. government broad regulatory power for the first time over cigarettes and other tobacco products.

Obama said the law would curb the ability of tobacco companies to market their products to the young.

The law followed a campaign by tobacco industry foes in Congress for more than a decade to put cigarettes under the control of the U.S. Food and Drug Administration.

It allows the FDA to put strict limits on the manufacturing and marketing of tobacco products but stops short of allowing it to ban cigarettes or their addictive ingredient nicotine.

Does not seem like much on the surface; another one of those “let’s protect the children” bills that our government uses to financially enslave and impoverish the American Public, but I actually read it.  I wonder how many of those traitors in DC actually read this one.  Above and beyond the infringement of “life, liberty and the pursuit of happiness“, whom do you think is going to be paying the users’ fees?

To protect the public health by providing the Food and Drug Administration with certain authority to regulate tobacco products.

‘(a) Establishment of Quarterly Fee- Beginning on the date of enactment of the Family Smoking Prevention and Tobacco Control Act, the Secretary shall in accordance with this section assess user fees on, and collect such fees from, each manufacturer and importer of tobacco products subject to this chapter. The fees shall be assessed and collected with respect to each quarter of each fiscal year, and the total amount assessed and collected for a fiscal year shall be the amount specified in subsection (b)(1) for such year, subject to subsection (c).

‘(b) Assessment of User Fee-

‘(1) AMOUNT OF ASSESSMENT- The total amount of user fees authorized to be assessed and collected under subsection (a) for a fiscal year is the following, as applicable to the fiscal year involved:

‘(2) ALLOCATIONS OF ASSESSMENT BY CLASS OF TOBACCO PRODUCTS-

‘(i) IN GENERAL- For purposes of subparagraph (A), the applicable percentage for a fiscal year for each of the following classes of tobacco products shall be determined in accordance with clause (ii):

‘(ii) ALLOCATIONS- The applicable percentage of each class of tobacco product described in clause (i) for a fiscal year shall be the percentage determined under section 625(c) of Public Law 108-357 for each such class of product for such fiscal year.

The Secretary of Health and Human Services shall–

(1) convene an expert panel to conduct a study on the public health implications of raising the minimum age to purchase tobacco products; and

(2) not later than 5 years after the date of enactment of this Act, submit a report to the Congress on the results of such study.