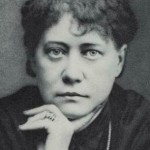 END_OF_DOCUMENT_TOKEN_TO_BE_REPLACED

Iran just launched a missile into space.  Glenn covers the implications that the MSM is dropping from the lead.    It may seem a bit over the top, but stay with it because the connections between Iran and Hitler are unbelievable. And no, I am not giving it away here.


Part 5, the internet will be their downfall (Always Get Tape!):


Part 6, Donna Hearne of ConstitutionalCoalition.org on the 21 Conference:


Part 7, Google teaming up with NSA – where is the outrage from the left?:


If you do not want to be tracked, use these two search engines:
Ixquick

Hold onto your hats folks, and wrap your heads in duct tape – here we go. (Refresh to see new segments as they are added.) Everyone give TheRightScoop some love for continuing to put up Glenn’s shows in their entirety each and every day. Also, for those that want to see the show unsegmented, go here after 7pm est.

Glenn has bios of the interviewees on his site, here.


Part 5, the reality of personal tragedy. How would you like to see your missing family member executed on TV?:

Keep on mocking Washington DC and keep on waking up America!!!


“…where profiting at the expense of others is the NEW American way.”

I just found this one in my email and just had to add it to this post.

Today’s AYFKM? AND Adolph Hitler Fascist Dictator Awards: Barack On His Way To The G20

Just a little visual reminder of the similarities between these two insecure male egos questing for love and recognition, yada, yada, yada…. and then we will get onto business because You Are Not Going to Freakin’ Believe IT!!!!

This must be chappin’ Hitler’s butt.  Do you think the American public is footing the bill for the 500+ Entourage, shipping of “the Beast”, other limosines, and his decoy fleet of helicopters?  I WANT MY PIECE OF THE PIE BACK!!!

With an entourage of 500 staff, an armour-plated limousine and a fleet of decoy helicopters, America’s new president will arrive for his first visit to Britain amid huge razzmatazz on Tuesday for the G20 summit. But it will be his closed-door meetings with world leaders that are likely to prove the most significant of the trip.

Britain will get its first chance to see Barack Obama this week when a White House cavalcade – complete with armoured limousines, helicopters, 200 US secret service staff and a six-doctor medical team – sweeps into the UK.

Please do not tell me that I am the only one that takes the Hitler 2.0 reincarnated bastard from hell theory seriously?  Does somebody else want to stand up and say Zieg Heil!?

Obama will fly into London for his first visit to the UK as president of the United States on Tuesday to take part in the G20 summit in the capital’s Docklands area. He will not be travelling light.

And why not, since we are  in a drastic recession on it’s way to a depression?

More than 500 officials and staff will accompany the president on his tour this week – along with a mass of high-tech security equipment, including the $300,000 presidential limousine, known as The Beast. Fitted with night-vision camera, reinforced steel plating, tear- gas cannon and oxygen tanks, the vehicle is the ultimate in heavy armoured transport.

Looks like The Beast is as state of the art for this time as Hitler’s vehicles were for his time; remember, no expense must be spared to protect the Fuhrer.


In addition, a team from the White House kitchen will travel with the president to prepare his food. As one official put it: “When the president travels, the White House travels with him, right down to the car he drives, the water he drinks, the gasoline he uses, the food he eats. America is still the sole superpower and the president must have the ability to handle any crisis, anywhere, any time.”

ARE YOU FREAKING KIDDING ME?  Do you think Hitler 2.0 is worried somebody is going to poison him, or is it that the Brits can’t make a good fried chicken?  He has to bring his own gasoline?  WTF?

US security teams have already carried out three visits to prepare for Obama’s first official visit to Britain. The first was a “site survey”, the second a “pre-advance visit” which was carried out to pick sites that the president would visit. Finally there was the “advance trip”, which took place last week. Its purpose was to set up equipment, sweep venues for electronic bugs, test food for poison and measure air quality for bacteria.

Obama will start his first presidential visit to Europe when he steps down from the US presidential jet, Air Force One, at Stansted airport on Tuesday. The Boeing 747-200B is fitted with its own gym, electronic defence units and shielding to protect its complex communication devices from radiation from nuclear blasts. Among the officials on the flight will be a military officer carrying America’s nuclear missile launch codes.

Obama will then be flown to central London in a VH-3D helicopter known as Marine One. Again, high-tech security will dominate his journey. Marine One is fitted with flares that can be fired to confuse heat-seeking missiles and always flies in groups containing several identical decoy helicopters.

While in town, the president will be guarded by more than 200 US secret servicemen – easily identifiable by their shirt-cuff radios and Ray-Ban sunglasses. Obama has already had some time to get used their attention. It was decided 18 months ago, when he was still a presidential candidate, that his African-American background put him at particular risk of an assassination attempt and he was provided with his security guards.

And should anything befall the President, a White House medical unit will be at hand to provide emergency care. The team consists of surgeons, nurses and other medical personnel and carries supplies of blood of the type AB, the president’s blood group. At the same time, Obama will be constantly minded by his personal aide Reggie Love, who dials his BlackBerry, fetches his jacket and tie and supplies him with snacks. First Lady Michelle Obama will also have a coterie of assistants, including a secretary, a press officer and several bodyguards.

This is sounding more like Hitler crossed with the French Aristocracy…

I am self editing again….