END_OF_DOCUMENT_TOKEN_TO_BE_REPLACED

Greta interviewed Gov. Jan Brewer about the controversial illegal alien law that has just been passed in Arizona. The governor covers the relevant aspects of the bill and the misinformation that has surrounded the actual law.

What isn’t covered in this particular segment is the interview between Griff Jenkins and Dean Martin, the Arizona State Treasurer who states that the previous bill for illegal alien incarceration in Arizona jails is $1 Billion dollars. He also states that he sent this invoice onto Janet Napolitano, who had originally sent it to the Bush Administration with no response, and Janet has told the state of Arizona ‘No’ to their request for payment. This invoice doesn’t cover the funds being used for healthcare and the other usual suspects of ‘social justice’ that the aliens are draining from Arizonans pocketbooks.

END_OF_DOCUMENT_TOKEN_TO_BE_REPLACED 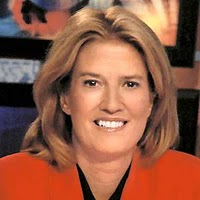 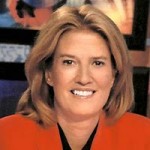 Greta did an interview with Karl Rove which really had the feel of a discussion around any one of our kitchen tables.  He was absolutely on fire in this interview covering topics ranging from Obama “lecturing us about the need for transparency and bi-partisanship” in regards to the healthcare bill, and then closed door meetings, Robert Gibbs being insulting and dismissive with the White House Press Corp over healthcare, Dorgan’s retirement, and the pitfalls of letting the dems railroad this bill through.  Whatever you may want to say about Karl, (and I will forever be lethally annoyed with him for Bush’s 8 years), he speaks the truth tonight without any spin.

Robert Gibbs is basically telling the American people ‘You want an answer to that, drop dead. We’re not going to give you an answer.’

And it gets better from this point on.