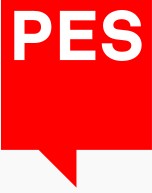 How’s that title grab ya kids? Yes, ladies and gentlemen; that is an actual quote from Howard Dean himself sending a welcoming message to the Party of European Socialists at their congress in December, 2009.  According to Howie, the American progressives and EU progressives have been working together for a long time. (My sincerest apologies for missing this a year ago.)

The cooperation between our parties has intensified significantly in the past two and a half years with regular contact at congress, senate, party and foundation levels. Efforts have been remarkable from both sides. The attendance of President Clinton and myself at the Global Progressive Forum World Conference in Brussels in 2009, I think is eloquent and proves this point very well. Many common initiatives have been launched. There’s been consistent work on the issue of the financial crisis, private equity and hedge funds with strong coordination between EU and US progressives. – Howard Dean, address to PES Congress, December 2009.

International greetings : Greetings from Howard Dean from PES_Party of European Socialists on Vimeo.

This article is about the europarty established in 1992. For its current European Parliament Group and its predecessors dating back to 1953, see the Progressive Alliance of Socialists and Democrats.

The Party of European Socialists (PES) is a European political party led by Poul Nyrup Rasmussen MEP comprising social-democratic parties primarily from European Union member states, as well as other nations of the European continent. The PES member parties are themselves members of the Socialist International. The PES forms the majority of the Progressive Alliance of Socialists and Democrats (S&D) group in the European parliament. The PES also operates in the Committee of the Regions and the European Council.

Bad Behavior has blocked 1309 access attempts in the last 7 days.