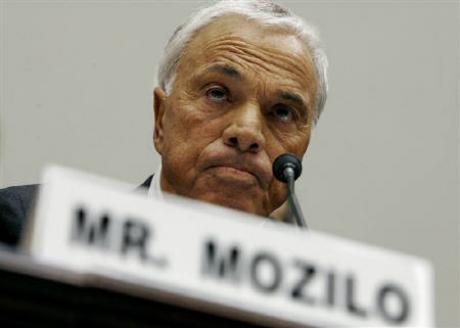 Today was a very busy day, but I will make it as brief as possible. First, I want to say that I believe Pastor Manning and his witnesses are proving without a doubt that Obama did not ever attend Columbia University physically. Some of Pastor Manning’s witnesses are members of his congregation, but they have been very credible with their testimony. It is their community and they know every nook and cranny of their neighborhood, unlike Obama.

Obama stated in his book “Dreams From My Father” (rumored to be written by Bill Ayers) that he briefly lived at 109th Street and Broadway in Spanish Harlem while he says he attended Columbia University. The only problem is that address in not located in Spanish Harlem and for someone to say that after living in the area and attending the University shows that they do not know the area. So, you figure that one out.

Remember that the purpose of this trial is to prove that Obama never attended Columbia University and that his degree that he obtained was allegedly bought, not earned. Columbia University refuses to comment on this issue or respond to questions. What are they so afraid of? Do you mean to tell me that these records are also sealed? Interesting…

END_OF_DOCUMENT_TOKEN_TO_BE_REPLACED

The lies and deceit about Global Warming are being broken wide open with more information coming in daily, and we are all conspiracists for thinking that maybe something was not tracking quite properly.

Australia is leading the revolt against Al Gore’s great big AGW conspiracy – just as the Aussie geologist and AGW sceptic Professor Ian Plimer predicted it would.

ABC news reports that five frontbenchers from Australia’s opposition Liberal party have resigned their portfolios rather than follow their leader Malcolm Turnbull in voting with Kevin Rudd’s Government on a new Emissions Trading Scheme.

The Liberal Party is in turmoil with the resignations of five frontbenchers from their portfolios this afternoon in protest against the emissions trading scheme.

Tony Abbott, Sophie Mirabella, Tony Smith and Senators Nick Minchin and Eric Abetz have all quit their portfolios because they cannot vote for the legislation.

The ETS is Australia’s version of America’s proposed Cap and Trade and the EU’s various carbon reduction schemes: a way of taxing business on its CO2 output. As Professor Plimer pointed out when I interviewed him in the summer, this threatens to cause enormous economic damage in Australia’s industrial and mining heartlands, not least because both are massively dependent on Australia’s vast reserves of coal. It is correspondingly extremely unpopular with Aussie’s outside the pinko, libtard metropolitan fleshpots.

The lie of global warming makes no difference to the globalist pResident who changed his mind, (like I knew he would), and is planning on attending Copenhagen and pushing the Climate Change Emission restrictions to condemn the world to poverty and control by the UN and the shadow globalists.  The globalists are all about controlling resources; energy, oil, gold, guns, food, water, and labor.  Can we impeach him yet?

The White House said Obama would offer a provisional U.S. emissions cut of 17 percent below 2005 levels by 2020, mirroring a sweeping House climate bill that was approved over the summer. Obama will put this figure on the table “in the context of an overall deal in Copenhagen that includes robust mitigation contributions from China and the other emerging economies,” the White House said.

The Copenhagen talks are aimed at crafting a political accord, with efforts to reach a final, legally binding emissions treaty to follow next year. The U.S. is the world’s second-largest emitter of greenhouse gases behind China, and the president’s attendance will add some much needed weight to the negotiations.
“The President’s decision to go is a sign of his continuing commitment and leadership to find a global solution to the global threat of climate change, and to lay the foundation for a new, sustainable and prosperous clean energy future,” the White House said.