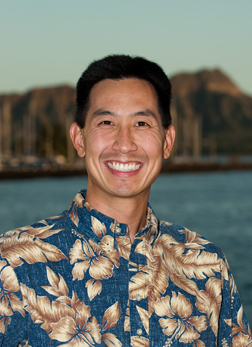 After Scott Brown, The DCCC Is Not Taking Any Chances With Charles Djou

After America sent Barry, Harry, and Nancy a message with the election of Scott Brown in Massachusetts, the Democratic Congressional Campaign Committee isn’t taking any chances with Hawaii District 1 and Charles Djou. As for average Americans, this is another golden moment to hammer another nail into the progressive left’s coffin. Pony up people!

HONOLULU — The Democratic Congressional Campaign Committee’s TV commercial slams Republican candidate Charles Djou, questioning his credibility on the jobs issue. Here is the wording of the commercial: “In the race for congress you have heard a lot about Charles Djou so it is best to check the record. On jobs, Djou signed a pledge that protects tax breaks for companies that send jobs overseas. With more than 43,000 people in Hawaii looking for work, Djou still supports tax breaks for big corporations that would export our future. Take a closer look at Djou’s troubling record on jobs at djoufacts.com because Hawaii needs a congressman on our side…”Some said the ad also makes a subtle endorsement of Djou’s Democratic party opponent, Ed Case, with the wording “Hawaii needs a congressman on our side.”

As we warned you last week, the National Democrats will stop at nothing to ensure that either, Ed Case or Colleen Hanabusa, win this election and have already spent almost $100,000 on negative television attack ads that began airing on Tuesday.  The reason they are willing to spend so much money and lie about my record is that the National Democrats reportedly took a poll that has us tied for the lead with Ed Case at 32% each and with Hanabusa trailing at 27%. I need your help. Please consider making a contribution now.

Unfortunately, the national Democrats have no regard for the truth.  As demonstrated this past week, they are willing to do anything, including outright lie, to win this race, and neither of my opponents have the integrity to stand against these dirty tactics.

The Democratic Congressional Campaign Committee (DCCC) attack ad states that I support tax breaks for corporations that ship jobs overseas. I DO NOT.

To support their false claim, they cite a pledge I signed promising the people of Hawaii that I would not vote to increase taxes.  The pledge, however, has nothing whatsoever to do with supporting tax breaks for corporations that export jobs.

The sponsor of the pledge, the Americans for Tax Reform (ATR), has already denounced the National Democrats’ ad as “blatantly false.” Read their statement here.

I have the utmost confidence in the people of Hawaii and in their ability to see through these tactics.  I encourage all of you to talk to your friends and family, show them the Factcheck.org article, and tell them to ignore anything and everything the DCCC says.

Click here to see my newest commercial, which will begin airing today.  It speaks directly about my record and my plan to create jobs here is Hawaii.

I know times are tough but we cannot continue in the same direction.Please consider a contribution of $25, $50 or $100 to help us spread our message of government accountability and fiscal responsibility.

I thank you for your continued faith and confidence in me.  We remain steadfast in our mission: a better Hawaii and Nation for our children and grandchildren.

Wow, this is lame. The DCCC is getting involved in Hawaii’s special House election, except that the Republican candidate, Charles Djou, is about as menacing as a Care Bear. So their line of attack is . . . for signing a pledge not to raise taxes. Djou signed the Americans for Tax Reform’s Taxpayer Protection Pledge, stating that he opposes any net reduction or elimination of deductions and credits, unless matched dollar-for-dollar by further reducing tax rates. (emphasis mine)

By the way, that’s it. That’s all the DCCC puts in the ad, and their extraordinarily sparse “Djou Facts” site. Djou’s been a Honolulu city councilman, and you figure at some point he might have made an unpopular vote, but if that’s the case, Washington Democrats can’t find any.

Outside of the City Council, Charles serves as an officer in the U.S. Army Reserve. Charles also practices as an attorney specializing in business law and teaches at the University of Hawaii’s William S. Richardson School of Law.

Getting the economy back on track begins with a clear vision. I believe that every resident of Hawai‘i who is looking for a job should be able to find one. I have always made it a priority to lower taxes because reducing the tax burden allows you to keep more of your money for your family, to grow your business and to buy goods and services, which in turn fosters small business and job growth in our community. That is why I have never voted for a tax increase. You are a better steward of your money and can do more for the economy than the government. I will continue this long standing fight in Washington. A reduced tax burden must be offset by the elimination of government waste, which is symbolized by the widespread practice of using earmarks to add unnecessary spending to an already bloated federal budget. I will work hard to ensure that Hawai‘i receives the funds it deserves but also believe that those funds should come to us fairly through an open and transparent budget process following hearings and testimony. I will never sneak my own unexamined earmarks into the federal budget and I will fight earmarks pushed by other congressmen. I am the only member of the City Council to have never accepted a trip paid for by the City taxpayers. I will bring this strong sense of integrity and ethics with me to Washington.

I recognize that healthcare costs are increasing too fast in our country and that too many of our fellow citizens remain uninsured. I will consider any sensible idea for making healthcare work better in America. But any change to our healthcare system must address the spiraling costs and insure more Americans without limiting heath options or harming the doctor-patient relationship. For these reasons, I support market-based healthcare reforms that work. What is needed is tort reform. I have long supported a limit on non-economic damages for medical malpractice. Tort reform is long over due and I will fight for a $250,000 cap or three times economic damages for medical malpractice awards to help reduce the need for “defensive” medicine and bring down the cost of malpractice insurance. I also support allowing the sale of inter-state health insurance. Just two carriers provide over 90% of all health insurance in Hawaii, which reduces competition. I support allowing inter-state health insurance sales. Finally, we need to rethink the way we tax health insurance. The current structure of health insurance in the U.S. is an anachronism dating back to WWII. Rather than have corporations as the sole providers of health insurance, we should instead allow for individual tax deduction of health insurance and make the health insurance market a more “normal” individual choice.

When people have trust in their elected officials, they have trust in their government. I believe that the personal integrity of elected officials is fundamental to our democracy. All major public policy goals start with an open and honest government. After the series of scandals that tarnished the Honolulu Liquor Commission, I called for the wholesale reform and improved oversight of the Commission. When several Liquor Commission inspectors were convicted of bribery charges, I successfully obtained an audit of the Liquor Commission and called for the firing of the Liquor Commission Administrator and Chief Investigator. After months of intense work, my efforts helped secure the Liquor Commission Administrator’s removal and the voluntary departure of the Chief Investigator. Today this agency is rebuilding the trust that it lost. I also successfully fought to give the Ethics Commission the power to issue civil fines for violations of the ethics code and championed stronger ethics rules that have reduced conflicts of interest in Honolulu.

Our uniformed men and women make up the most capable fighting force in the world and Hawai‘i has a unique and critical role in our national security. Our island chain is home to key military bases and stations, thousands of military personnel and various strategic operations. To cope with the diverse and challenging threats facing our nation, America must maintain its strong military and Hawai‘i must retain its central role in military preparedness. I currently serve as a Captain in the United States Army Reserve. I understand that we must combat terrorism wherever it is found, whether in Iran, the Pakistan-Afghanistan border regions or in industrialized cities around the world. At home, I support a national plan to protect America’s infrastructure and keep our communities safe. That plan begins with increased security measures for our airports, ports and land borders.

I understand that Hawai‘i’s beautiful natural environment is a treasure that must be preserved for future generations. I have been an outspoken advocate for recycling and energy conservation. I successfully fought to bring curbside recycling to Oahu and have called for reducing the City’s energy use. I will continue those efforts as your Congressman. I am committed to a long-term energy strategy for America and Hawai‘i that brings us independence from foreign oil resources. I will fight for federal support of Hawai‘i’s alternative energy projects and will only support environmentally-sound and responsible efforts to enlarge America’s domestic supply of oil, natural gas and nuclear power.

We need a reformed education system that puts children first. I believe we must turn education right-side up by making principals and teachers accountable for our children’s education and empowering parental involvement in schools. Principals in turn must have the resources they need, including adequate funding and the ability to remove underperforming teachers. The cost of the Educational bureaucracies must be reduced to insure that education dollars are spent in the classroom and teachers have the tools they need to educate our children, including continuing teacher education and training. That’s how good school systems work. We cannot continue to limit our children’s potential in school systems that don’t teach.

Strong families raise successful children and keep communities together. I am candid about my own faith and my belief that we need a deeper, more substantive appreciation of the role that faith plays in American life. We cannot legislate healthy families, good parenting skills or a sound moral environment and we should not try. But we can do more in the public square to help parents through the increased challenges they face today by giving them the tools they need to succeed. As a husband and father of three, I know that strong families and a diverse community form the bedrock of a strong Hawai`i and strong America.